David George talks his band’s new record, the struggles of small-time ahead of his Saturday release show at RecordBar 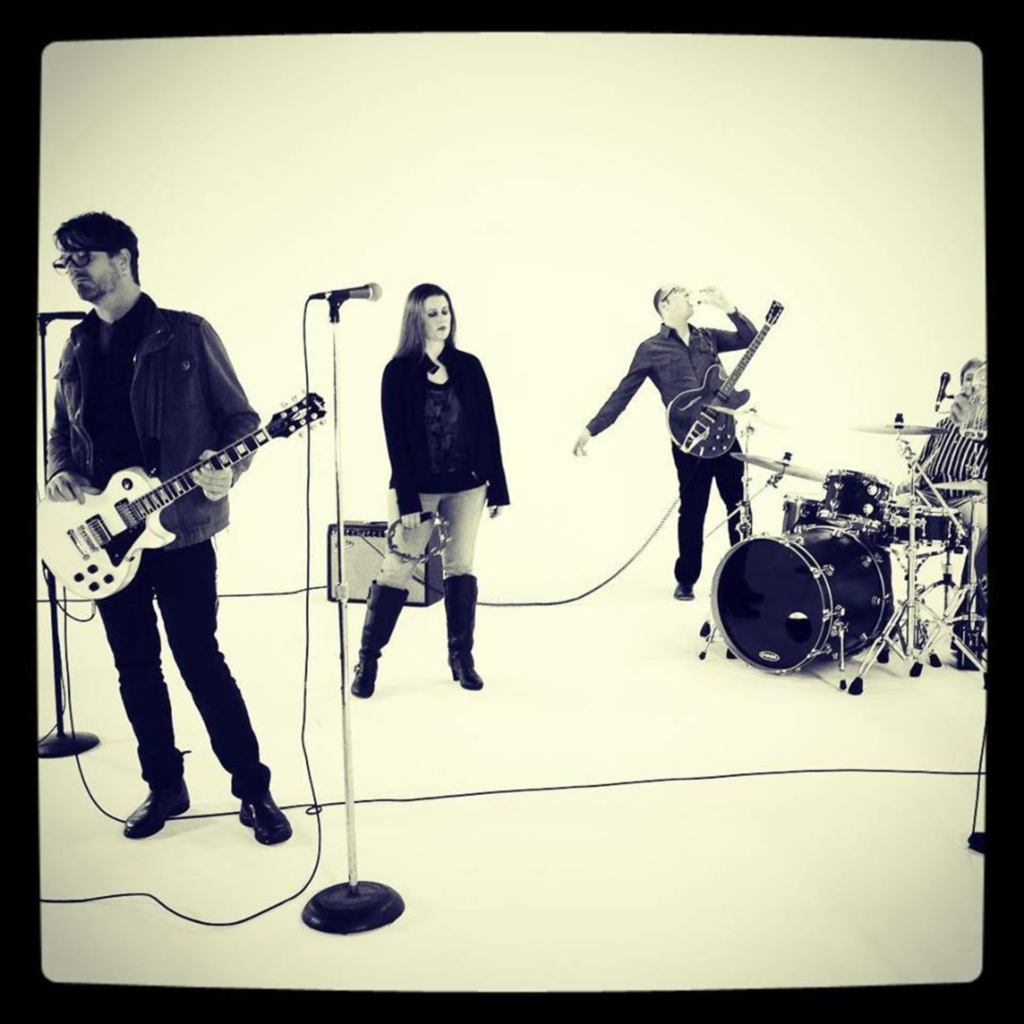 Over the past few years, musician David George has done some memorable things, including touring as John Fogerty’s guitarist and staging a Christmas show at RecordBar with original music. Now, at last, he has a proper full-length album from his band, David George & a Crooked Mile, called Radiant Man.

The album’s been teased since the release of last summer’s Shine EP, and will finally see release this weekend, when George and his band play RecordBar on Saturday, August 22. Ahead of the show, we chatted with George via e-mail about Radiant Man and its genesis.

The Pitch: Where’d the title of the new album come from? It seems to tie in with some of the themes of that first single, “Shine.”

David George: The album is called Radiant Man from the last song on the album [of the same name], which I wrote when I first moved back to Kansas City [in December 2010] to help my sisters care for my father. It has been a few rough years and I was recalling days in my life and all the good memories and then, the fear of losing them. My father means everything to me, and I have struggled with his illness and growing old, still, to this day. Many of the songs reflect my life and reaching out for help or letting others know, “I am there to help if you need me.”

A Crooked Mile is a rock-solid band, but the new album seems to have an equivalent amount of guests. What does someone like Cody Wyoming bring to the table?

The new album is loaded with guests. Kirsten Paludan, Chris Meck, Dave Basaraba, Marco Pascolini, Betse Ellis and of course Cody Wyoming. Cody was a member for a brief moment, but he helped take the band from an acoustic-based band to bringing the rock back to it. It seems to be a theme in my musical career: Write music, play shows, shows need energy, write new songs that rock.

Moaning Lisa [George’s previous band] became a whole new entity from our live show to our recorded music. Cody added a nice harmonic edge with a thunderous rhythm guitar. When he left to devote time to the Philistines and the Pedal Jets, I put down the acoustic and have been focusing more on playing my Les Paul. It’s white, and it rocks!

The release show features support from Kristie Stremel and with Carswell & Hope. How do you think these two acts reflect the two sides of a Crooked Mile — the power pop and roots rock ones?

Kristie Stremel and I have a long history of music in KC. One of my first touring bands, Deege, spent many nights on the road with Exit 159 tearing up the Midwest. She is a machine of energy and has such a presence onstage and kicks serious ass with whatever she is doing — like Wildflowers, the children’s-book-and-music project I was a part of. I was recently in a rock musical called Stillwater that members of Kristie’s band Joe’s Pet Project were in. And Ryan McCall from Kristie’s band is joining Crooked Mile for our set.

I first saw Carswell & Hope at Folk Alliance and was floored by how tight they were and their material. They happened to be friends of the guys in Kristie’s band which made it easy to ask them to join us.

Given that we’ve only heard three songs from the new LP — with one in demo form — what can folks expect from Radiant Man?

The new single, “So You,” is getting airplay on 90.9 the Bridge, and a video will be out soon. It’s a song about addiction. It’s about wanting that feeling again and again, usually because the people around you are doing it and you want to be a part of the clique! It’s an older song that I wrote in L.A. that resurfaced when Cody started playing with us. It’s a little rocker that always seems to get a great response.

The rest of the album is kind of an up-and-down roller coaster of emotion. Like “Sooner Or Later”: It’s an ode to an old girlfriend — or a new one, for that matter. I’m a musician with a dream, and it’s hard for two people to share one dream. A couple of the songs I wrote for my future wife, because she’s been such a huge part of me, and I think these songs show my love for her. I wear my heart on my sleeve.

Tell me a little about the label you’re on, UniGlobe Records.

UniGlobe Records approached me about two years ago to release my material. It’s been a bit of a challenge. They are under the Universal Music Group stronghold, and everything has to be done a certain way. This record was finished last year. Finally got it mastered in January, and literally a few days ago, I was told that the distribution company was sold — UniGlobe needs to use an independent until X-number of units are sold before Universal can pick it up — and the new distribution company pushed the release to November. So, I’m letting the cat out of the bag, but it’s just been a little frustrating playing the major label record deal while being a nobody.

Not to diminish myself, but I’m competing with every major artist in the world [that’s on Universal], and I have no money, no hits, nothing — but I love what I do and will keep doing it. So, the show will still go on and all paid attendees will receive a promotional copy of the disc. 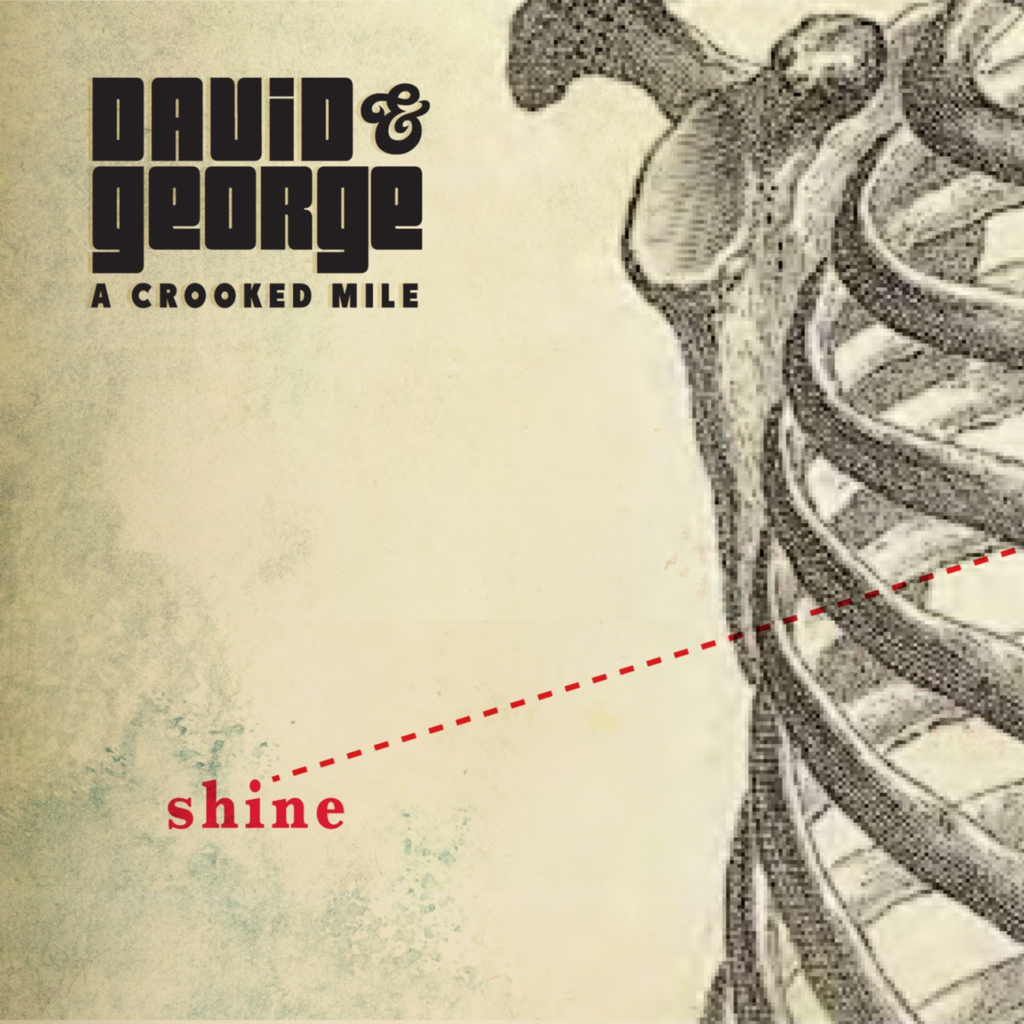 I’m a big fan of the cover art for the new record. Why did you choose to go with that old-school anatomical drawing?

The cover was designed by Rebecca Armstrong from a concept we came up with to tie the two singles with the full-length. She came up with the skeleton and added the heart and then connected all the dots, so to speak. There will be posters available at the show of the artwork. I’m also doing a pre-order thing through PledgeMusic offering shirts, hoodies, vinyl, album artwork, et cetera. That’s coming soon.

How do you plan to follow up the CD release show on Saturday?

Looks like I will do another release show or something of the sort in November. Meanwhile, I just signed with new management and I will see what doors they can open — hopefully, more shows and some new exposure. One of my songs has been cleared for the Chiefs to possibly use at home games. We’ll see. I am also working on producing the full-blown musical for Christmas Ain’t a Drag.