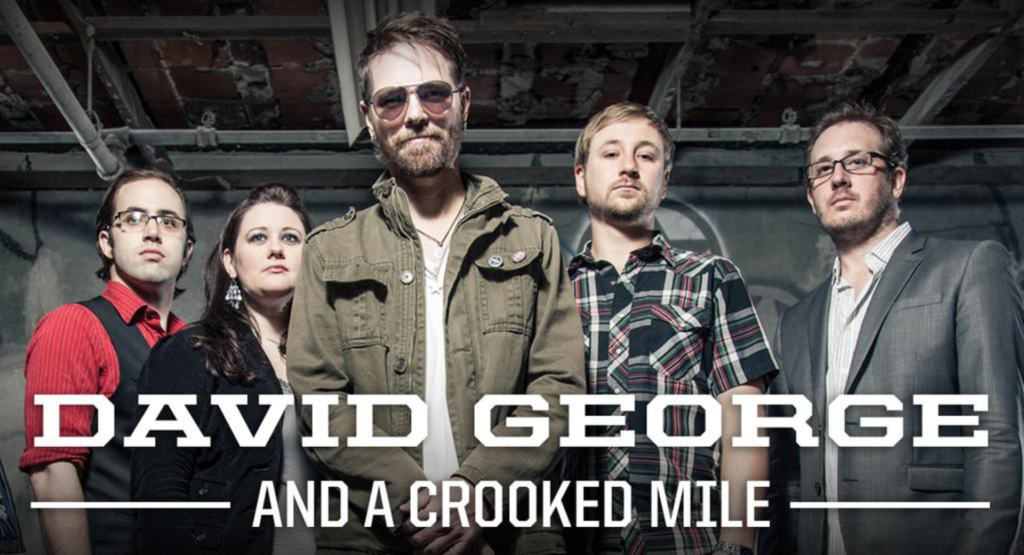 Tonight, the Chiefs will take the field for their home opener against the Denver Broncos. Sometime in that first quarter, the team will score a touchdown, and for the first time in years, the crowd will hear a song other than Gary Glitter’s “Rock and Roll Part 2.” Given that Glitter’s doing time for kiddy fiddling, Chiefs management decided to go with something new, and part of that included a fan vote.

For the preseason games last month against the Seattle Seahawks and the Tennessee Titans, the team rotated through the three songs they’re considering for the new touchdown anthem, and yesterday, the team announced via Twitter that David George & A Crooked Mile’s “Hey, Kansas City!” had made the cut.

Positives:
* First and foremost, “Hey, Kansas City!” is actually about Kansas City, rather than being an appropriation of an already-familiar song.
* It’s written and performed by a local musician, who also happens to do charity work.
* The fact that the chorus is so relentlessly catchy makes complaints almost null and void.
* That drumroll at the beginning is pretty close to “Rock and Roll Part 2,” so folks ought to feel a sense of familiarity, at the very least.

Negatives:
* It’s overused — like, way overused. Ignoring the myriad commercial uses and still-constant radio airplay, “Song 2” being used by other teams significantly reduces its importance locally.
* Blur is British (but then again, so was Gary Glitter).


“Let Me Clear My Throat” by DJ Kool

Negatives:
* If you’re going with a hip-hop choice, where the hell is Tech N9ne’s “It’s Alive”?
* It’s not the “Old School Reunion Remix” version with Biz Markie and Doug E. Fresh.
* The version they’ll ostensibly use, as shown on the voting page, is basically just 15 seconds of the song looped over and over again.
*Given the fact that’s based around a loop of 45 King’s “The 900 Number,” we have nightmares of middle-aged white dudes busting out the Ed Lover dance every time there’s a touchdown.

%{[ data-embed-type=”image” data-embed-id=”57150af689121ca96b924613″ data-embed-element=”aside” ]}%
Football isn’t a sport known for embracing newness (I.e., the fact that it took nearly a decade to stop using a song by a known child molester). For those upset by whatever comes out of the loudspeakers when the Chiefs make their first TD, we would like to say that it could be worse: in 2006, the Broncos did away with “Rock and Roll Part 2” for a reworked version of Big Bad Voodoo Daddy’s “Go Daddy-O,” called “Go Bronco.”