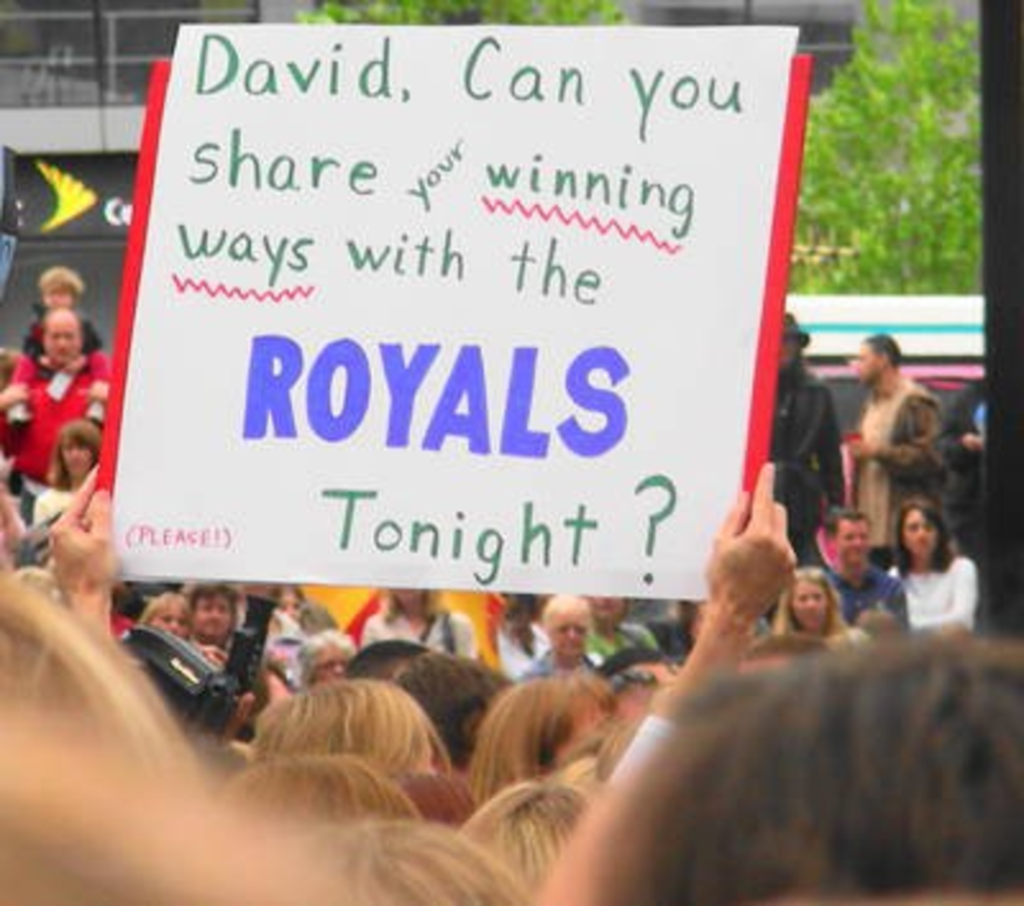 Click on the image for a slideshow of photos.

Yeah, yeah, yeah – it’s David Cook Day. I take no issue with the American Idol contender, who, from what little I know about him, seems like an OK character. He’s even willing to pass up the opportunity to sing the national anthem at Kauffman Stadium so that little kids can.

Cook took the outdoor stage in the Power & Light District today amidst a cacophony of screams and hoots. People waved homemade signs that featured a lot of scrawled hearts and the initials DC. After being handed some official certificate – signed by the governor, who was there via a previously recorded video – proclaiming this a statewide holiday, Cook proceeded to knock out a couple of tunes on his guitar.

In a pleasant tenor, he covered Bon Jovi’s “Living on a Prayer” and Mariah Carey’s “Always Be My Baby.” I’m not an American Idol fan, so it was the first time I’d heard Cook sing. Granted, I instantly forgot his rendition of “Always Be My Baby.” (Carey’s version has now been on a loop in my head all day.) But, really, the boy from Blue Springs is no better – or worse – than other male providers of non-confrontational acoustica — James Blunt and Gavin DeGraw come to mind.

And he seems confident. He worked the crowd by raising and lowering his hands to control the level of cheering and applause. Even if he wins the big TV show, though, and records a few original songs, there’s no guarantee that Cook will survive long in the messed up industry that is music. And if he does – well, there are much worse things that Missouri has launched on the world. Like Applebee’s.