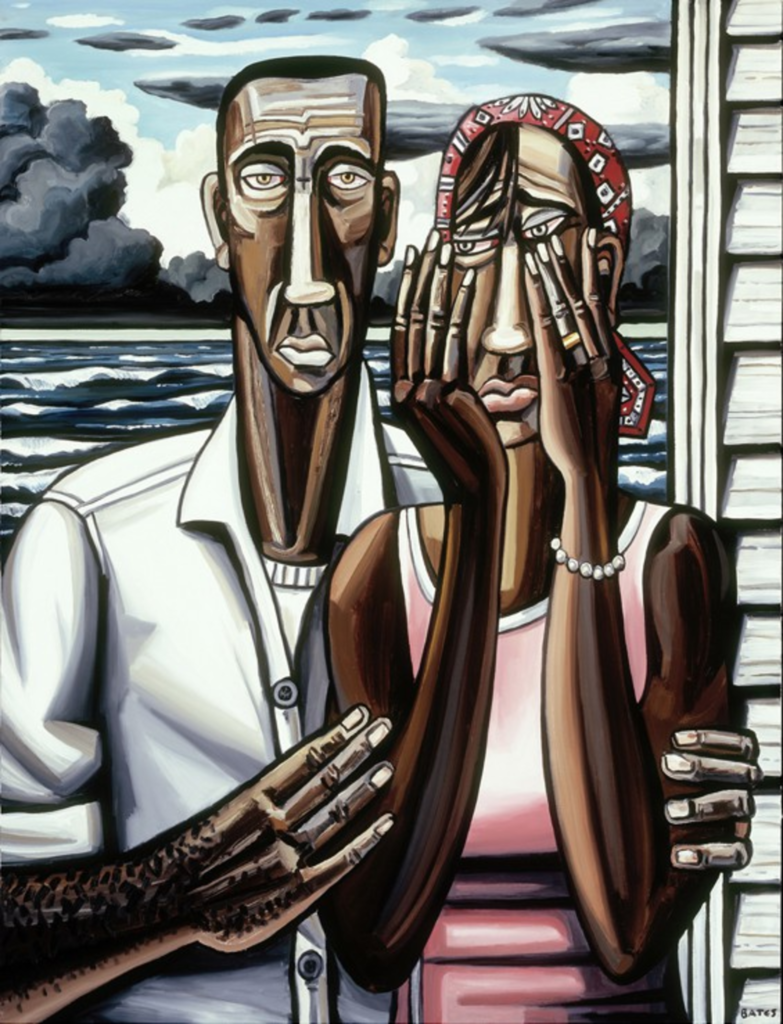 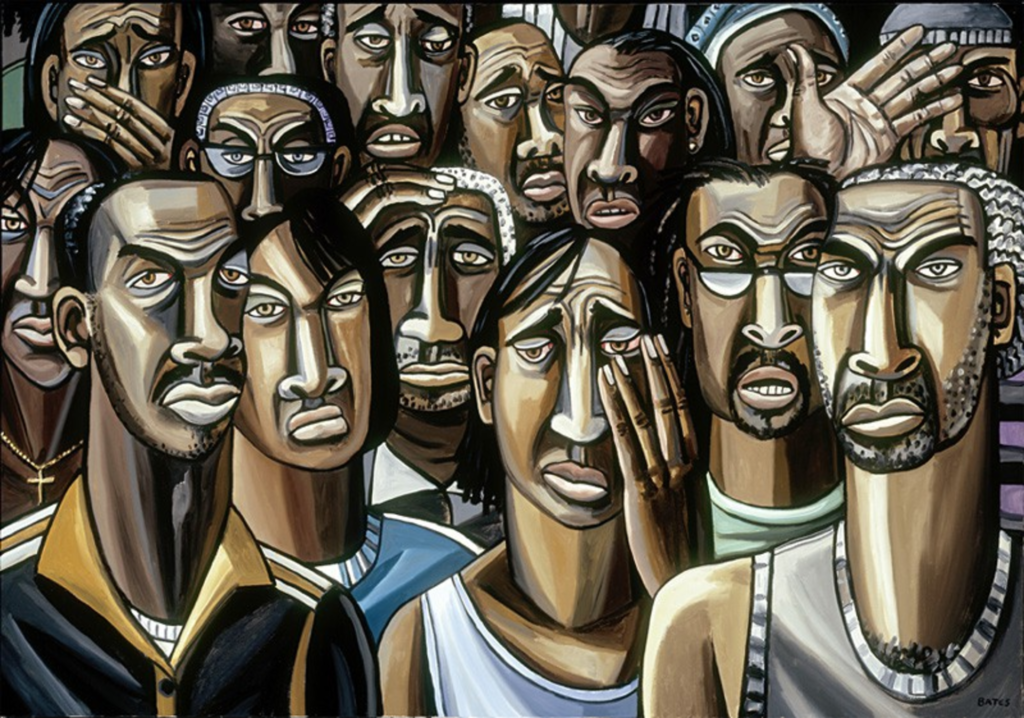 As the death of the Gulf Coast ecosystem comes gushing blackly from the Macondo Prospect oil field 5,000 feet underwater, Dallas painter David Bates is in Kansas City for the opening of The Katrina Paintings, his exhibition at the Kemper Museum of Contemporary Art. But he has one eye on the Gulf of Mexico and plans to head back as soon as he can. He has friends and connections with the area’s fishing industry and he has dark ideas about their future. “They’re talking about a generation of fishing being lost,” he says in a pleasant but serious Texas drawl. “Fishing wasn’t really affected by Katrina, but this is killing the industry.”

Bates is a realist whose work is strongly influenced by the modes and techniques of abstract expression. He has spent much of his career interpreting the bucolic imagery of the Gulf Coast, exhibiting his work around the country.

In 2005, Bates was calling friends in Louisiana and asking about their plans as Hurricane Katrina formed. It was at first a moderate Cate­gory 1 hurricane over the Bahamas.

“I’d been painting New Orleans scenes and people since around 1980,” Bates says. “A lot of people I talked to said the storm wouldn’t be that big of a deal. As it intensified, people started leaving the city.”

When the storm arrived, Bates says, “I was about to exhibit a series of beautiful Gulf Coast paintings — Louisiana nature at its most beautiful. Soon as Katrina hit, I just dropped all that stuff.” Like many Americans, Bates watched, aghast, at the television coverage of the storm’s aftermath. “I’d always told my students never to draw from TV. It’s so important to draw from life. And here I was, watching TV as my only way of knowing what was going on. So I started doing all these drawings from television — people on roofs, people in boats, houses underwater.”

Bates captures one Katrina story in a series of sketches near the exhibit’s entrance. “It’s a guy who stepped out of bed into knee-deep water,” he says. “He was on the second floor. And the water rose, and he climbed up the furniture, and the water rose more and finally chased him to the roof. At night, he could hear all these other people on their roofs calling out. And he heard something bump into his house and he looked down. It was a canoe. So he bailed it out and used it to escape his roof. He could hear all these other people calling to him, but he knew anyone else would capsize his boat. All these stories were biblical in proportion. They were bigger than the people who were telling them.”

Proportion quickly became the issue for Bates. Among the first images he produced for The Katrina Paintings were 14-inch-by-11-inch portraits of grieving survivors. “To show shock, horror, dismay, the scale of the pieces wasn’t doing it,” he says. “So I made them somewhat larger.” He followed up with a few 30-by-22 paintings. “Now they were somewhat larger than life but they still didn’t get the magnitude of the problem.” From then on, Bates’ watchword was scale. The power of his heart-rending figures is conveyed in the sheer size of the canvases.

“It was January before they started letting people back down into the city,” Bates says. “By then, the water had receded. I put it back.” There are houses stacked in jumbles, half-submerged. An inferno eats mansions in the Garden District, the orange of the flames reflected in the brown current. An elderly woman stands on her porch, in water. A man — her husband? — uses a door for flotation in the flood. Both wave at the viewer for help.

Buddy, a recurring figure, looks with haunted eyes from several of the canvases. A late-middle-aged man wearing a New Orleans Saints ball cap and a pair of glasses, he appears in the triptych “Saints” against a dirty-brown background that Bates uses throughout the series to evoke the filthy water unleashed when the levees broke. Post-Katrina, survivors waded through lead, arsenic, chromium — the complicated chemistry of sewage and the microbiology of sickness.

In “The Flood,” a black couple stand in front of their ruined property, the woman reduced to tears. The tableau struck Bates as an echo of Grant Wood’s “American Gothic” only after he finished it and stepped back. “It surprised me, the subconscious rendering of an African-American survivor family as the participants,” he says. Equally remarkable is the triptych called “The Storm,” in which survivors register shock, grief and suffering. There’s no water in evidence, just a flood of people, but the flood is still present. “The furrowed brows, and here in Buddy’s glasses, that’s meant to evoke the water,” Bates says, indicating the anxious brush strokes around the faces of his figures. In titling this, the exhibit’s largest piece, Bates deliberately avoided referencing Katrina, instead allowing the piece to speak to universal suffering.

Buddy, like the other figures in the exhibit — and there are hundreds — is a real person, captured with the simple, stylized gestures of abstract expressionism, the details reduced to the bare minimum to convey individuality. “It was important to go from the specific to the universal,” Bates says. Thus, Buddy, like all these subjects, becomes an archetypal figure. He represents loss, abandonment, poverty. He is forever susceptible to the exigencies of nature and the indifference of ideologues who believe that no government is the best government — and who try it out.