Dave Dormire announces resignation from the Missouri Department of Corrections 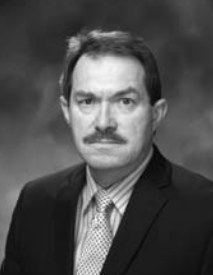 Dave Dormire, second in command at the Missouri Department of Corrections, abruptly announced Tuesday that he is retiring, one week after a Pitch article revealed he may have been deceptive during internal investigations of discrimination and retaliation several years ago.

Dormire, who made $92,000 a year, follows ex-director George Lombardi, who in December also unexpectedly announced his resignation.

The department is under investigation by a legislative subcommittee after a story published in The Pitch last November detailed extreme cases of employee discrimination, abuse and retaliation by supervisors and co-workers.

An audit of the fund that was used to pay millions of dollars to victims is also underway by the Missouri state auditor. That report is expected as early as June.

David Owen, spokesman for the DOC, would confirm only that Dormire was retiring from the department April 1. He did not respond to a question asking for further comment.

Dormire whose official title is director of adult institutions, has worked for the department for 42 years. His resignation letter, addressed to his “Friends,” was emailed Tuesday afternoon to all department employees.

In the letter, he writes that, during his career, he was always concerned about employee safety because “three of our Corrections family were murdered inside our prisons” during the first 12 years of his career.

Dormire’s letter also tells employees that they are under-appreciated and underpaid.

The department’s inspector general testified in the trial that Dormire was suspected of being deceptive in his responses in that case and several other investigations. But the inspector general said he denied an investigator’s request to further question Dormire using a computer voice stress analysis.

In a more recent case, a jury last year awarded Debra Hesse, a prison guard who had worked in Kansas City and Tipton, almost $2 million for discrimination and retaliation. In that case, Hesse had sent her complaint directly to Dormire because her supervisors had not taken action. Dormire sent the complaint back, saying he would not consider it because she had not followed chain of command.