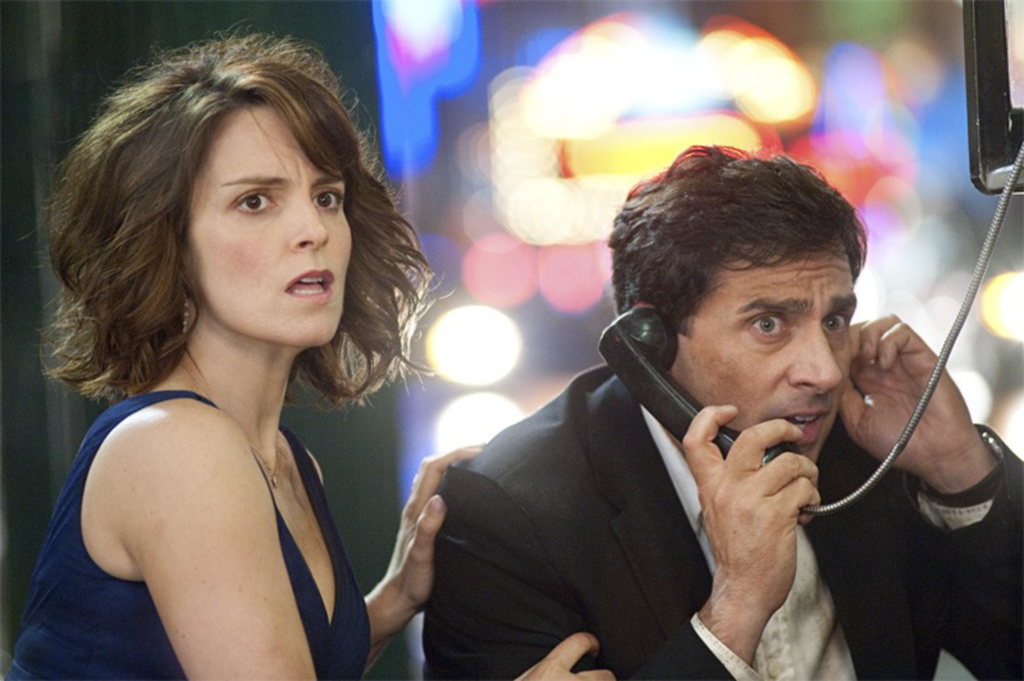 “We are not these people! We are a boring couple from New Jersey!” Claire Foster (Tina Fey) complains to her husband, Phil (Steve Carell), in Date Night. Phil and Claire are middle-class, suburban parents whose plans for a night on the town are thwarted when they’re pulled into a web of crime and conspiracy. They wanted a night off from mundane matrimony; they learn that they’re better off bored. Fey has become associated with comedy that’s fast-paced, cerebral and laden with cultural references. But she’s hurt, even more than Carell, by the transition from a sitcom that operates on multiple levels (30 Rock) to a film aimed just north of the lowest common denominator. Director Shawn Levy (Night at the Museum) glosses over the seeds of social satire inherent in the premise and instead tries to make his movie all things to all quadrants — violent action flick, slapstick comedy, relationship comedy, sanctimonious ode to family values. A jumble of genres, tones and styles, Date Night ultimately strains to be a serious movie about marriage, with one joke: That even when surrounded by excitement, Claire and Phil revert to being dull. In a great romantic comedy, sex is the subtext of all conversation. In Date Night, the conversation is bland, the sex is left mainly to spies and criminals, and the subtext? That’s apparently too much to ask of a boring couple from New Jersey.