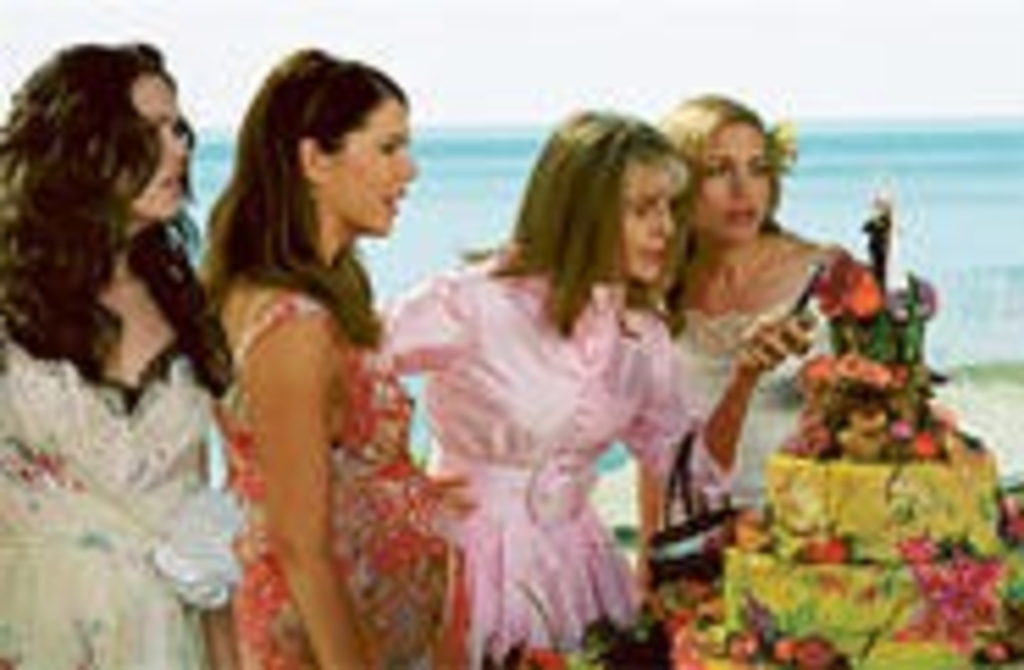 The release of the Diane Keaton-Mandy Moore romantic comedy Because I Said So while the scent of this year’s Sundance Film Festival is still fresh in the air provides an excellent opportunity to review the wayward career of the movie’s director, Michael Lehmann. Once upon a time — 1989, to be exact — Lehmann came to Park City, Utah, with his first feature film, a gruesomely funny high school satire called Heathers. Like so many neophytes before and since, he dreamed of spinning that early success into a long and prosperous Hollywood career. The sheer volume of his film and television output since then would suggest that Lehmann has accomplished exactly that. But take a closer look at the work (which includes the forgettable romantic comedies The Truth About Cats & Dogs and 40 Days and 40 Nights), and his CV starts to seem like an object lesson in being careful what you wish for.

Because I Said So is no exception. Like nearly all of Lehmann’s post-Heathers work, it’s lazy and disinterested, a hack-for-hire job that any number of film-school grads could have put through its uninspired paces. Set in and around Los Angeles, the film stars Keaton as Daphne Wilder, a divorced, in-demand caterer whose booming wedding business has done little to persuade her youngest daughter, Milly (Mandy Moore), to tie the knot. So Daphne, closing in on 60 and worried that Milly, too, might end up old and alone, does what any concerned parent would: She places an Internet personal ad seeking her ideal son-in-law and then proceeds to screen potential candidates for the job. Cue musical montage of variously unattractive, socially graceless, allergy-addled and otherwise ill-suited applicants.

The cream of Daphne’s crop turns out to be dreamboat architect Jason (Tom Everett Scott), who exudes WASP-y privilege and, as everyone except Daphne can see, might as well have asshole stamped on his forehead. The fly in Daphne’s ointment is a hipster musician named Johnny (Gabriel Macht), whose boho charms do little to endear him to mom. We know he’s really the guy to root for because he has chosen the artist’s life over the world of corporate conformity — even if it is made possible by the fact that Johnny still lives at home with his dad. Milly starts dating him, too, and from there, Lehmann and screenwriters Karen Leigh Hopkins and Jessie Nelson (the duo responsible for the equally insipid Stepmom) make some half-hearted stabs at door-slamming farce as they limp toward that inevitable “gotcha” moment when all the characters discover what’s going on and Daphne’s whole duplicitous house of cards comes tumbling down.

Despite the movie’s best efforts to turn him into a sort of Chet Baker caricature, Macht has a sly charm and a natural chemistry with Moore (who is sufficiently charming, but little else, in a far less rewarding role than she had in Saved and American Dreamz). Because I Said So is, finally, a work of comic desperation. It’s also an especially cruel betrayal of Keaton, who looks radiant in her 60s yet keeps finding herself cast in roles that use her age as the foundation for cut-rate slapstick. First there was Nancy Meyers’ Something’s Gotta Give, in which the sight of a naked Keaton was enough to send Jack Nicholson into a bout of hysteria. Now there is this film, in which it is Keaton who is in panic mode, projecting her own romantic failings onto her child and, in one unfortunate recurring gag, getting her computer accidentally stuck on the same porn Web site (while her dog compulsively pleasures himself). When Lehmann can humiliate Keaton no further, what does he do? Why, assemble the cast for a group song, of course. Let this be a warning to all who would follow in his footsteps.