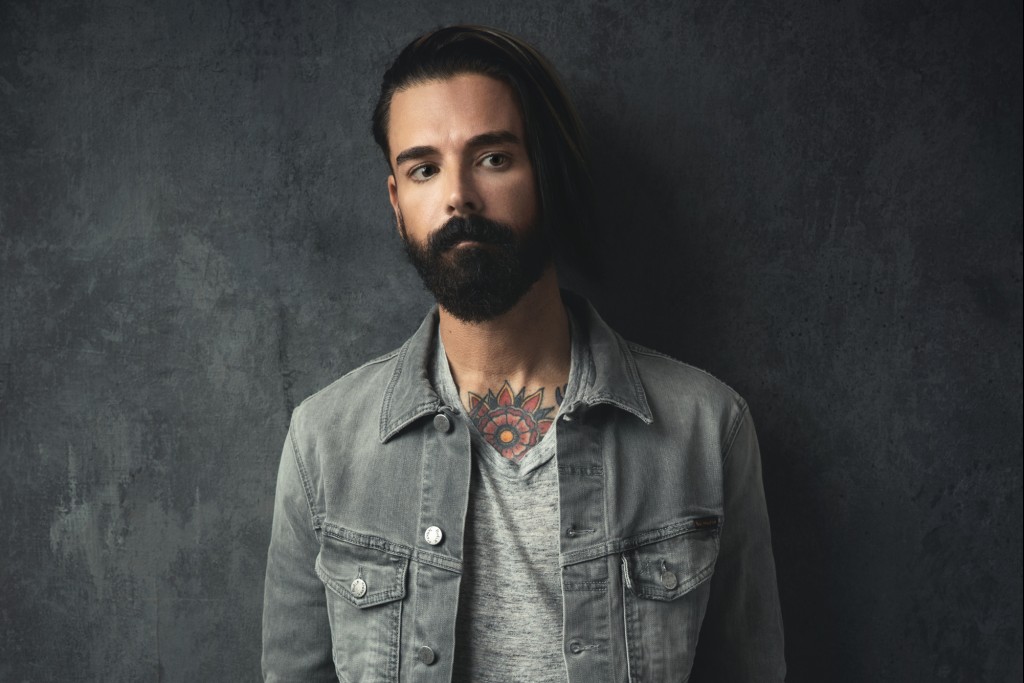 In the last two decades, Chris Carrabba has Dashboard Confessional from a one-man side project to a musical institution. Dashboard, as they are colloquially known by fans the world over, have done movie soundtracks, an episode of MTV Unplugged, and recorded “Screaming Infidelities,” one of those songs so ubiquitous, even your mom knows it. It’s not a bad ride for something Carrabba only thought would last long enough for one tour. I spoke by phone with the musician about all of this and more, ahead of Sunday’s show at the Truman.

I was talking with Carl Newman from the New Pornographers a couple of hours ago and we were talking about the fact that their album their first album is also celebrating 20 years. I was asking him if when they started, he expected it to go on this long and he did not. Did you expect this to go like this?

No, I didn’t. First of all, the entirety of my initial intention with Dashboard was one month. I’d booked the tour while I was still in Further [Seems Forever] and I was going to do just this one tour. I’d made this one record. “The Moon is Down” was about to come out – my Further Seems Forever record – and I thought, “Well, I won’t have time after that so I’ll just do this one tour,” and that would be that, moving on with my life.

There were other factors and I ended up leaving Further before that tour so when that [first Dashboard] tour came around I went in there kind of like, “What am I going to do after this tour? I just want to go home. I’ll find a band to join or start.” But, that tour didn’t end at all. I’d be opening for one band on the tour when some folks would come see us and say, “Hey, you want to open up for this tour?” Before you know it, I was just out for like a year and a half straight, in a blink of an eye.

Basically, once I realized it was going to be more than one month, I adjusted to hoping for maybe a two-year experience. I thought, “If I could do two years, that’d be a lot of life experience.”

Did you get that life experience? I would imagine that going from touring within a band to sort of touring as yourself changes the dynamic a whole lot?

Yeah, it’s like the difference between going on a trip to Europe and traveling first-class and staying at the Ritz, versus backpacking and staying in a hostel. That’s what it’s like, going solo.

That sounds like a very positive comparison. You get to interact more closely with people while you’re doing it.

Yeah, but it was gritty. It was not easy and everything was maybe just a little bit harder. Certainly, all of the appraisal and all the criticism was just gonna fall on one person. There’s no-one to share it or to commiserate when the things weren’t going well or weren’t being received well. There was no one, really, to celebrate with the things that were going well, so you felt weird even acknowledging that things are going well. Then, you’re just kind of like, “Well, this is just kind of my ego talking to myself.” In some ways, that was a little bit isolated, and in some ways, it was liberating.

“Screaming Infidelities” is going to be the song that will be in your obituary – not to be morbid. How was it for you, as an artist and a musician, to have a song that you had recorded for an album and a tour that was only supposed to be a month, become this phenomenon?

At the time, it was really perplexing. First, it grew within the scene I was from, and so there’s a certain amount of validation, there, to be accepted by the more venerable acts within that scene and to be sharing stages of them, eventually. I understood that it was thanks to the song, that we had found an audience or the song had been the invitation to an audience to find the rest of my music. It was a little confounding, you know – “How can this really be happening?” But then, when it broke wider than the scene I was from, that’s when I found it the most akin to an out-of-body experience: “What’s going on here? These people – they know this song, but I’ve never played that for them. What’s happening?”

It’s an audience you haven’t met before, knowing the words.

Yeah, and it was an audience that – even if that had happened before, it was still people that were from a certain scene, you know? The scene that I’d come out of: that hardcore, post-hardcore, post-punk, indie rock kind of scene. It was a jumbled scene, and a mishmash of a bunch of scenes, but you could kind of get a read on it. Just by looking at somebody one time, you think, “They get it,” and whether they’ve been predisposed to give you a chance.

Then, all of a sudden, the audience becomes very eclectic-looking, in terms of like, “These guys clearly listen to hip hop over there, so I wonder how they possibly can know? How they could have discovered what I was doing?” but that was the power of that song.

The reason why it was perplexing is, that – yes, eventually it was on the radio, but this started because it started to catch on Napster, so I didn’t have an understanding. Napster was this unknown thing and this unknown entity and it was a great equalizer. everybody from all these scenes were discovering music outside their scenes and embracing it.

Coming out of that scene, to having that song and then, having a song in a major motion picture like Spider-Man 2 – that just seems like another step beyond into something even more different, I would imagine?

Lia Vollack, the head of music for Sony Pictures at the time – who asked me to come in, see the movie, and be part of the music – was a Dashboard fan, and she became a Dashboard fan because she’s a crazy voracious music fan. She’s a punk rocker. She did front of house and tour management for Richard Hell, so to me at the time, I was like, “Oh, awesome: somebody that’s from my world has just invited me to do something cool.” It was not like a bunch of suits called up and said, “You fit the bill for this thing that we’re trying to sell.” It was really just yet another delivery from that from the deep well of the punk rock community.

You have this compilation that’s out called The Best Ones Of The Best Ones. How did you come to own the majority of your own masters? It just seems so surprising and, actually, very wonderful. There are so many artists who are contemporaries of yours who, in order to be able to put out a compilation of singles or greatest hits or however you want to look at it, have to go in and like re-record all these songs in order to make any money at it, because like they’re locked away in some label vault. How did you come to have this a beneficial situation for yourself?

When they offered me a lot of money to own these things forever, or less money to own them for a little while, I took less money. I felt I wanted one of those records to be mine. I was very willing to work with a label and dive into it, and and certainly try my hardest to do the best I could for them, but I wanted the records to come back to me one day. It’s not the coolest answer, but you don’t have to take all the money.

You’re self-releasing this collection. Seems like that’s going right back to those DIY roots?

There’s a lot of ways you can be empowered to do that and if you’re somebody like who comes from that world in the first place, and have the experience and know-how, it’s not really daunting. It’s not uncharted territory for me. It’s not only the logical but – to speak frankly – the most pleasant way to enjoy this process.

Was it fun diving back into that world of finding designers and a pressing plant and all of that?

This time I have a bit of a track record and so I can hire a label services department that can help me find all that stuff, as opposed to me and Amy [Fleisher Madden] – who put out my first record – scrounging and I’m trying to piggyback on somebody else’s pressing count, so we can get 13 cents less per pressed record or whatever. It went a little easier this time.

You didn’t have to do the old punk rock thing where you put an ad in Maximumrockandroll to find another band to do the other half of the split single so that you don’t have to pay the full cost of the seven-inch?

I missed that. I’m gonna be honest with you. I loved that. I loved discovering bands that way. I loved doing those, but I guess a little bit in a romantic sense. I’m not silk screening the covers of these albums, and so I have time to do other things.

The tour is coming through Kansas City and that show is the first date with The Get Up Kids on it. You have Piebald opening on the tour before that, which just seems like two great opening acts for a celebratory tour such as this.

Absolutely. The bands that took me out first, in the early days, and the bands that I toured the most with. Particularly The Get Up Kids, who I have a deep and – excuse me for saying so – but a deep and precious friendship with. I got really lucky with that group of guys. I got lucky in terms of the quality of friendships that I felt with them. I’m a lucky person to have just had them kind of pluck me out of obscurity. Not just to help me find a career, but just be wonderful friends.

Dashboard Confessional plays The Truman on Sunday, February 23, with openers The Get Up Kids. Details on that show here.