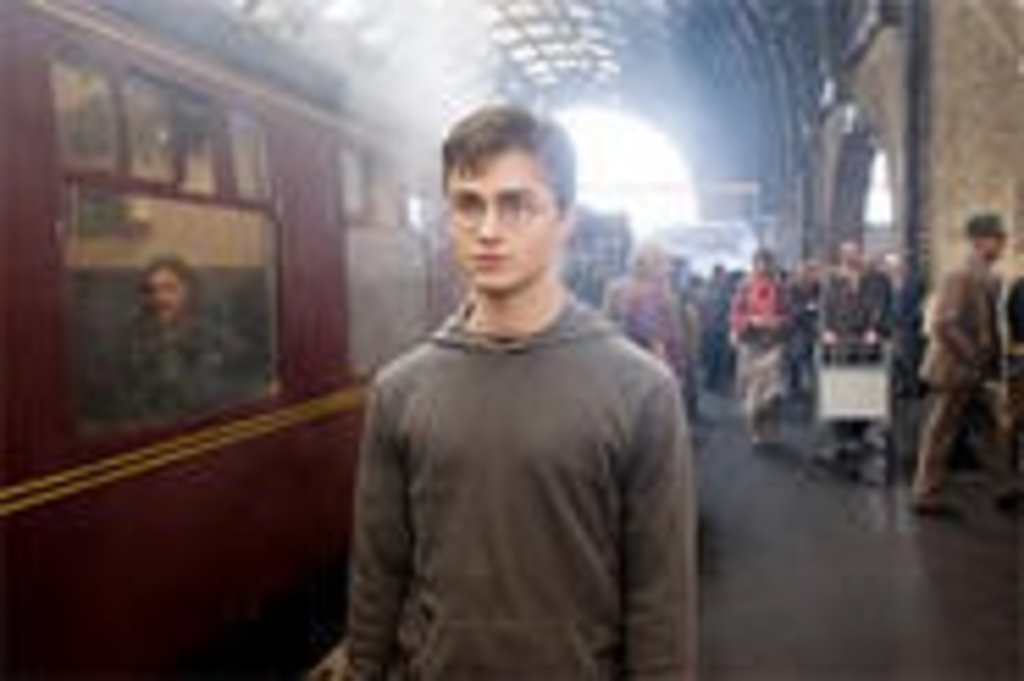 The magic has returned to the Harry Potter franchise — albeit magic of the old, black variety. The darkest and most threatening by far of the Potter films, Harry Potter and the Order of the Phoenix is also only the second of the five entries that feels like the product of a vivid cinematic imagination and not just a slavishly faithful transposition of a runaway kid-lit best seller. (The first was Alfonso Cuarón’s Harry Potter and the Prisoner of Azkaban. ) Director David Yates had never before helmed a project of this scale, but the British TV director brings energy and efficiency to Potter land. This is the series’ fastest-moving (and, at a mere 139 minutes, shortest) installment. He isn’t the only new blood here: Screenwriter Michael Goldenberg, cameraman Slawomir Idziak (who shot the Three Colors trilogy for Krzysztof Kieslowski), editor Mark Day and composer Nicholas Hooper are also Potter neophytes, and they collectively infuse the series’ heretofore storybook atmosphere with down-and-dirty grittiness and startling, nightmarish imagery.

Credit J.K. Rowling, too: Order of the Phoenix gives us what may be the most exciting premise yet for a Potter picture because it’s the one least chained to an elaborate, mechanized plot. In narrative terms, not that much happens, but Harry’s emotional journey is nearly epic. Still reeling from his standoff with the newly resurrected Lord Voldemort at the end of 2005’s Goblet of Fire, the already melancholic Harry (Daniel Radcliffe) is, at the start of the new film, downright disconsolate. Sweating out another long, hot summer in the company of his boorish aunt, uncle and cousin, pining for the bygone days of Quidditch matches and shooting the shit with Dobby the house elf, he’s practically a poster child for teen Prozac. Just when it seems like things couldn’t get any worse, a couple of fearsome, faceless beasties called Dementors come along to shake Harry out of his malaise by nearly turning him into dinner.

Old Voldy is stirring again, though few outside the movie’s titular cabal — a secret society formed by Hogwarts’ redoubtable headmaster Dumbledore (Michael Gambon) with the express purpose of vanquishing Voldemort — will acknowledge it. Minister of Magic Cornelius Fudge, sure that the boy wizard is a pawn in a Dumbledore-plotted coup d’etat, installs his loyal emissary Dolores Umbridge (played as a sinister parody of schoolmarm authority by Vera Drake star Imelda Staunton) as a Hogwarts hatchet woman, charged with pruning the faculty of subversive elements and restricting the students’ social freedoms. This smiling sadist in fuschia couture makes the most indelible impression by rendering coy (or at least oblivious) the denial of Potter producer David Heyman that Order of the Phoenix is a political allegory. This is, after all, a movie in which ineffectual government bureaucrats refuse to acknowledge an imminent threat to their people until the evidence is right before their eyes.

Order of the Phoenix includes all of the usual CGI satisfactions, but the movie’s most memorable encounters take place not within Hogwarts’ walls but upon the more perilous terrain of Harry’s consciousness, a minefield of fear, self-loathing and pubescent confusion. Goblet of Fire, the first PG-13 Potter pic, tried for a similar feeling of teenage Sturm und Drang but tended to make everything too literal, from the goo-goo-eyed blushes of romance between Harry and the comely Cho Chang (Katie Leung) to the odd touches of Fowlesian homoeroticism between Harry and the jilted Ron Weasley (Rupert Grint). A more affecting coming-of-age story, Order of the Phoenix sees adolescence as something altogether graver. It’s about the moment when schoolboy frolic gives way to an understanding of the evil that men do, whether willingly or by way of inaction. Rowling has said repeatedly that she will retire all things Potter following this month’s publication of the seventh novel, Harry Potter and the Deathly Hallows. That’s a pity, for there’s every indication that Harry is on track for a whopper of a midlife crisis.