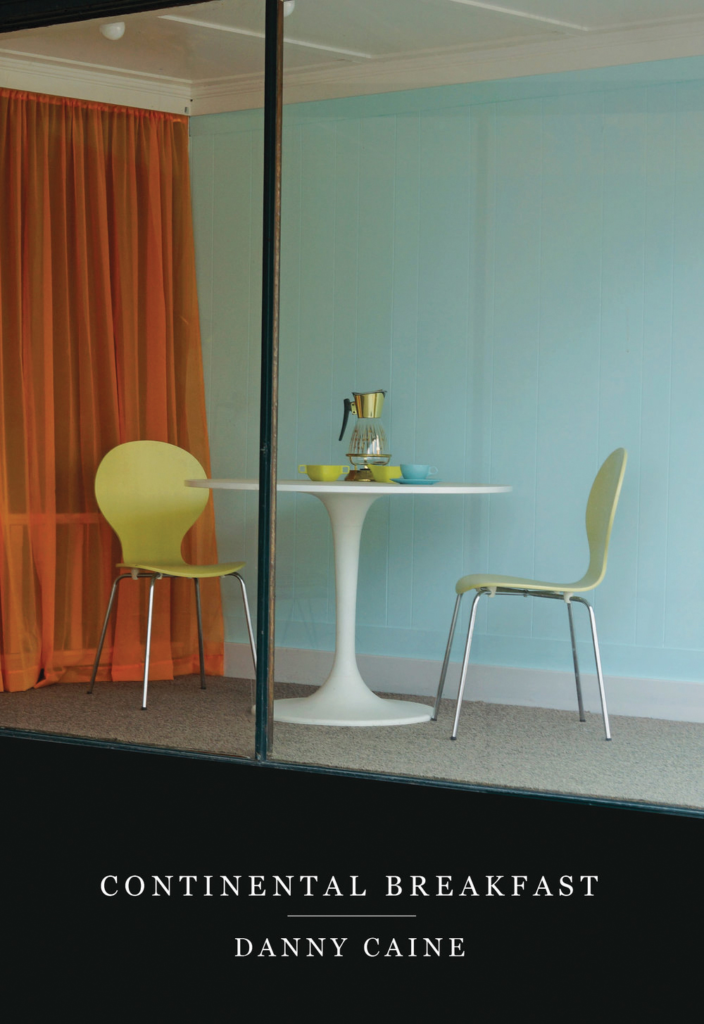 Comparing poetry to song lyrics is lazy, so I’m reluctant to mention to Lawrence poet Danny Caine that the way he’s organized his new collection, Continental Breakfast (Mason Jar Press), reminds me of the way a band or a musician might track-list an album.

The front half of the book is a collection of poems that examine the idea of place and homogeneity in America, while the back half is 18 poems that wrestle with matters of Jewish and familial identity. The latter is collectively called “Uncle Harold’s Maxwell House Haggadah” and organized around the rites of Passover: the four glasses of wine and the festive meal. It was originally published a few years back as a chapbook of the same name from Etchings Press.

I’m relieved to learn Caine — who also owns The Raven Bookstore — agrees with my music-writer assessment.

“The main thing my editors and I were talking about was sequence,” Caine says over coffee one rainy February afternoon. “We decided to list it in the table of contents as one poem, so if you’re thinking [of it like an] album, it’s like the really long suite of ambitious songs is at the end. Side one is all the pop songs, and side two is the most formally daring and ambitious piece in the book.”

So: think of “Uncle Harold’s” as the medley that concludes the Beatles’ Abbey Road or even — as Caine puts it — Weezer’s “The Futurescope Trilogy” from Everything Will Be Alright in the End. (What, you missed that one?) Caine also cites Sufjan Stevens’ somewhat kitschy Christmas albums as an influence.

“I do pull inspiration from music like that,” Caine says. “You can see that’s all over [‘Uncle Harold’’]. I’m just doing the same thing for Passover that he [Stevens] does for Christmas.”

Caine’s series of Passover poems have seen multiple published incarnations, from a photocopied zine to several chapbooks, and now as part of Continental Breakfast. These poems also represent his MFA thesis for the creative writing program at the University of Kansas, from which Caine graduated a few years aback.

“It’s not “Leaves of Grass” by any means, but it’s been the single poetic project that has followed me through the last six years of my serious poetry-writing career,” Caine says.

The seeds of “Uncle Harold’s Maxwell House Haggadah,” which is almost six years old, were planted when Caine went to a Jewish grocery store in Cleveland, where he’s from. While there, he saw “a staggering amount” of Passover junk food. He found that funny because of the concept at the heart of the holiday.

“You’re supposed to eat the bread of affliction to mirror the pain of bondage, and how they had to flee quickly and scrape by in the desert for 40 years with nothing but matzoh,” Caine explains, with a wry smile. “But this grocery store display is just different junk food: it doesn’t taste quite as good, and it’s more expensive, but it’s still junk food.” 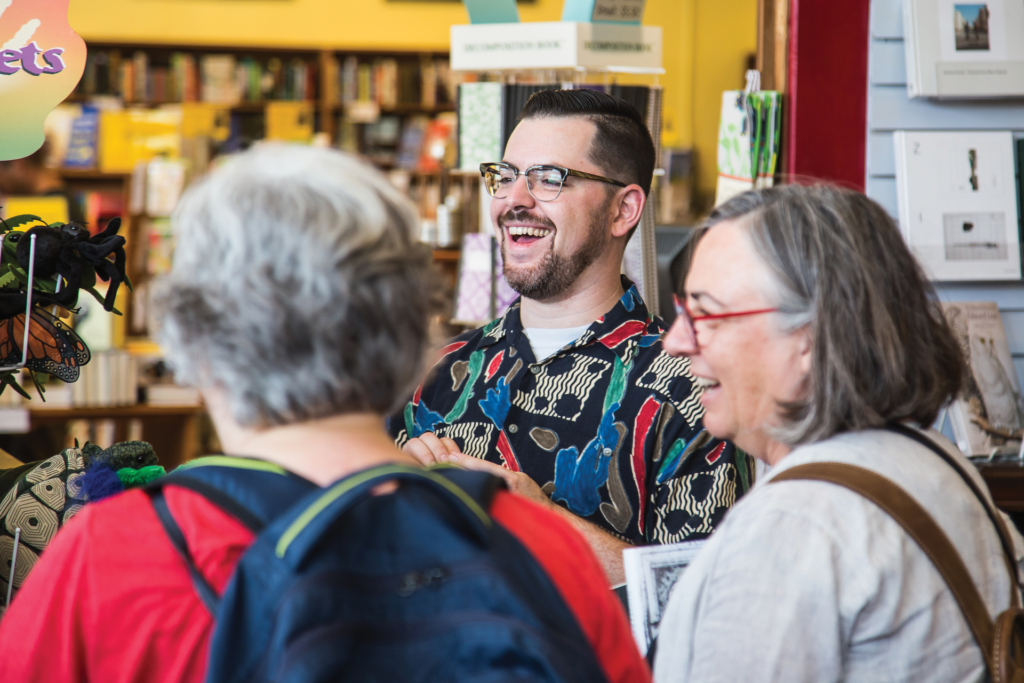 So, the first poem written for “Uncle Harold’s” was “The Inflatable Matzoh Ball of Affliction,” which was basically just a list of the various junk food Caine saw in the grocery store that day. From there, though, Caine became interested in exploring his family’s ideas about Passover.

“I think there are issues my family deals with and goes through — and the way they deal with Passover — which is probably similar to a lot of other suburban Jewish families,” Caine says of the relatively mundane subject matter at the heart of the poem cycle: the boys fall in love with non-Jewish women, all the grandchildren want to move away, grandparents die.

I ask if Caine’s eight-month-old son has changed his perspective on the familial aspect of religion, and whether “Uncle Harold’s Maxwell House Haggadah” may see future installments.

“It is a whole new way of looking at things, but I didn’t want to keep going,” Caine says with a laugh. “Like, I reached a point with this sequence where I’m like, ‘We’ll end it there.’ The story of every family is ongoing, and I could keep expanding [this] for my entire career, but I have other things I would like to write about. So, I’m writing about being a dad, but in different ways.”