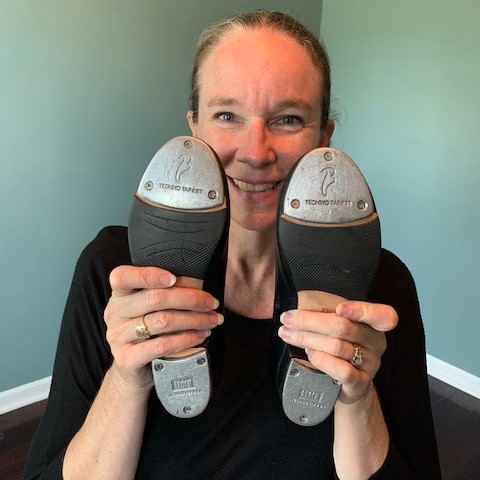 Suzanne Ryanstrati has been teaching dance for around 30 years. People from ages 7-38 participated in one of her many dance programs. Her researched-based choreographic work aims to explore the human condition to bring awareness to human rights and value.

It was announced on July 27 that her most recent program, “Dancing with CF” was one of four recipients of the Cystic Fibrosis Foundation’s Impact Grant. As a part of her effort to support people living with cystic fibrosis, the Foundation awards Impact Grants of up to $10,000 per year to individuals or organizations that empower the cystic fibrosis community.

Her program is a free, live-streamed dance class for the cystic fibrosis community that replicates a traditional dance studio experience by providing video group dance classes featuring movement designed specifically for people living with CF and the opportunity for participants to connect before and after class.

“Living with CF is physically, emotionally, and mentally challenging. No one understands this more than those living with the disease and their loved ones,” said Sue Sullivan, Head of Community Partnerships at the Cystic Fibrosis Foundation in a press release. “We continue to be inspired by the spirited individuals who have transformed their experiences into programs that continue to positively influence the lives of others living with CF. The Foundation is proud to support their efforts through our annual Impact Grants.”

Ryanstrati’s was inspired to start this program by Amanda Killen, a former dance student of hers. Killen was diagnosed with cystic fibrosis at 3 years old and the doctor told her mother that she wouldn’t live past high school.

She graduated from high school, college, and recently married her best friend. On top of that, she’s started a choreography group and has worked with many different organizations, ranging from community theater, cheerleading squads, and high school theater departments.

After learning that it’s better for people living with cystic fibrosis to avoid activities that put them in close physical contact due to a greater risk of lung infections, Ryanstrati’s determination to make her dance studio experience accessible led to the program’s birth.

“I wanted to find a way to enable a normal, traditional dance school classroom experience for people with cystic fibrosis,” Ryanstrati said. “One of the things I did was that I went to visit Amanda in the hospital (multiple times) and talked to her about whether she thought it was a good idea. That’s why I started this.”

Ryanstrati began teaching because she liked dancing and wanted to find a way that would let her work while allowing her to rehearse and perform. Now she does it because she absolutely loves sharing the joy and excitement she has for dance with others and wants to help others understand how to use their muscles efficiently while performing.

She also recognizes that students take classes for different reasons, including using it as a tool to meet new people, recover, for fun, or to find new choreography to use for their performances. This doesn’t change anything as she treats the participants as if they’re pros, but it’s something she didn’t learn right away.

While there’s an emphasis on people living with cystic fibrosis, anyone can sign up and participate. The first class starts on Aug. 20 and will feature Killen as an instructor. Anyone interested can register here and has until 30 minutes before the class begins to sign up.