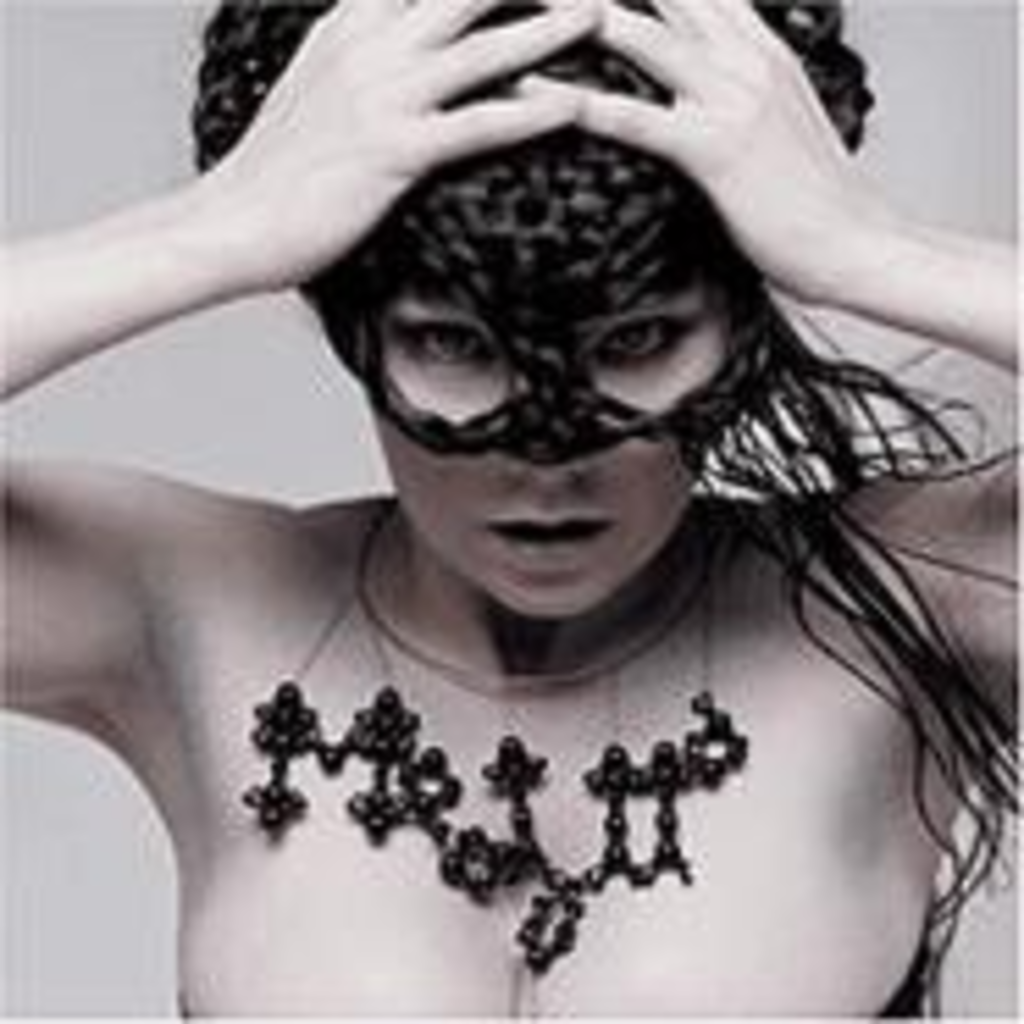 For hipsters, the coolest things are to be found twenty years ago, the most dreadful things ten years ago. So starting a few years back, we were deluged with ’80s electro and synth-pop, and we pretended to forget jungle ever existed. Electroclash, the first naive sortie by dance music into the cycle of retro-reinvention that rock and hip-hop have been locked into for years now, has gone the way of the leg warmer and the pointy-toed pump (the second time around, that is). But plenty of dynamic recordings that can actually help us understand this strange and electronically savvy decade were released in 2004, and a few of the concept engineers working in the scene traced the outlines of a new, not-so-nostalgic horizon for machine-generated music. All in all, it wasn’t as faddish or fleeting a year as the last few.

1. Björk, Medúlla (Elektra). Here’s a thought to keep you up at night: The ultimate end of instrumental electronic music just may be a cappella and acoustic music. On this disc, Björk wraps herself in Icelandic choral washes, throat singers, beatboxers and not much else — and hits moments of dance-floor drama that Moby or the Chemical Brothers, with their banks of machines, can only hint at.

2. Matthew Dear, Backstroke (Ghostly International). No one’s sure if Ann Arbor’s Matthew Dear means to hijack pop music with his nano-fragmented laptop techniques or just turn a few million Prince fans on to the lockstep grooves of techno. Who cares? This is vocal dance music on the bleeding edge, but it doesn’t require any special patience to figure it out.

3. Felix Da Housecat, Devin Dazzle & the Neon Fever (Rykodisc). Crusty Chicago house old-schooler Felix Da Housecat ended more than a decade of undue obscurity with his retro-chic Glitz album two years ago. On this one, he drives the crunchy drum machines that made him a DJ-booth legend further into the backstage guitars-and-groupies underworld that decadent disco has been threatening to penetrate since its start.

4. I-F, Mixed Up in the Hague Vol. 2 (www.cybernetic-broadcasting.net). This is the second installment in the best DJ mix series of all time, a truly sleazy and brilliant splash through dance music’s long-forgotten primordial ooze. I-F is the fountainhead for all these attempts to bring Italo-disco and ’80s electro back — although he hates the electroclashers and most of them haven’t even heard of him. That both sets are available for free downloading is proof that I-F is the Fugazi of dance music, tragically underexposed because he refuses to merchandise.

5. Sami Koivikko, Orange Border (www.ee.oulu.fi/~sakoivik). Here’s another otherworldly DJ set that’s just floating out in cyberspace, free for the taking. Koivikko is a Finnish devotee of micro-house, that latest attempt to reunite the brainy, all-left-feet experimental techno camp with those who actually dance to dance music. Constructed solely of fuzzy hums, clinically precise clicks and analog moans, his breed of house is ruthlessly efficient yet surprisingly soulful. So shake it, smarty-pants.

6. Mylo, Destroy Rock & Roll (Breastfed). The BBC’s website almost crowned this Album of the Year when it dropped in May; at year’s end, that’s looking like a good choice. The balls-out Destroy Rock & Roll is the rare electronic-music LP that has everything: continuity, stylistic diversity, big ideas, instant accessibility, spliffy down-tempo cuts, icy ’80s-inflected kookiness and a huge club anthem (“Drop the Pressure”). That this newbie producer with a self-started label managed to turn heads from Scotland, of all places, would be plenty puzzling, since nothing even remotely listenable ever comes out of the Highlands. But we Yanks can take some credit: Turns out Mylo spent time in the Bay Area soaking up our sounds.

7. Rennie Pilgrem, Pilgremage (TCR). In the past three years, nü-breaks (basically drum-n-bass spliced with techno, then slowed down and raved up) has been the big draw at underground parties on the West Coast, including those taking place in Burning Man geodesic domes. There were quite a few good DJ mixes released in ’04 from this frenetic “new” subgenre, and this is as solid as any of them. You may not find any outright classics in the bunch, but for syncopation madness, Pilgrem is a trusted name, and digital funk will always tickle that special spot.

8. Dizzee Rascal, Showtime (XL). All of nineteen years old, outlandishly talented and wielding last year’s uber-hipster Mercury Prize trophy, Dizzee Rascal — 2-Step’s second cash-money millionaire after the Streets — was expected to crash and burn upon re-entry. Ha! Slightly more mature but just as apocalyptically funky as his debut, the aptly named Showtime slaps the put-up onto any shut-up a doubter could conjure.

9. Anthony Rother, Popkiller (Datapunk). This dark electro gem enjoyed only limited release, so you might have to convert to euros to track it down. While Rother, a funky, robot-worshiping German who makes tracks for having sex with machines, has consistently impressed, he’s also stayed pretty close to the Kraftwerkian template. Here he breaks out by undermining his sinister up-rocking breaks with wobbly bass lines and trance-like synthesizer arcs. There are also some fucked-up Euro-trash chant-choruses to make the whole thing go down like a sketchy encounter in a public bathroom. It’s druggy and a bit frightening, sure, but what’s the point of staying out late without some sort of risk?

10. Various Artists, Sound of Young New York II (Plant). It took rock kids a while to pick up on the whole continuously-mixed-compilation thing and the whole stop-staring-at-your-Chuck-Taylors-and-dance thing, didn’t it? Now that they’ve finally figured out DJ mixers, we’re suddenly spoiled with these awesome indie-rock stomp-alongs. This one’s got the Faint, the Glass, !!!, and the RZA. Having cake? Eating it? Um, both, please!