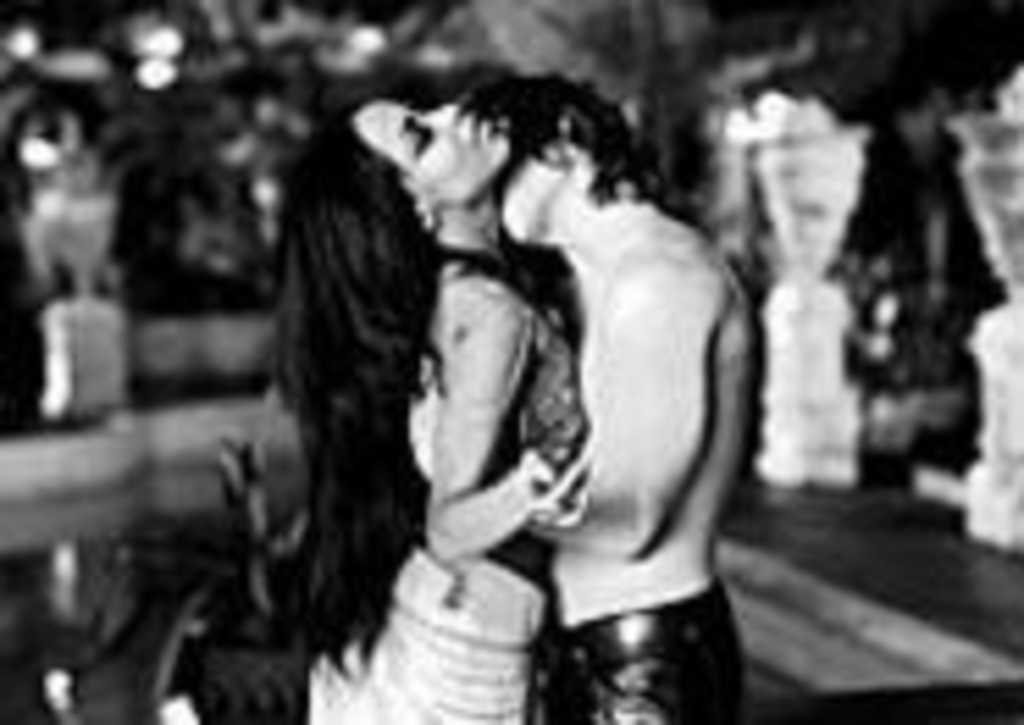 Those possessing a vampire’s keen senses may see through the Goth grunge of The Queen of the Damned to a deeper ideological conflict lurking beneath. On one side there’s novelist Anne Rice, sweepingly sensuous and profoundly humorless, who welcomed the cannibalization of her second and third bloodsucker books to create this distant cinematic sequel to Interview with the Vampire. Opposing, we have Mort Drucker and Dick DeBartolo of Mad magazine fame, not technically on the payroll here but epitomizing the spot-on caricatures and punch lines inadvertently summoned by this movie’s brooding melodrama. For every gasp, there’s always a potential giggle, but because the movie arrives and succeeds as entertaining B-movie fare, we may as well appreciate all of its howls, beastly or unintentional.

It was a surprise in 1994 when director Neil Jordan successfully transformed Brad Pitt and Tom Cruise into, respectively, naive Louis and ravenous Lestat, Interview‘s primary vampires and gossamer-veiled gay icons. Now the surprises are manifold, including perilous narrative abridgment (Rice’s spellbinding The Vampire Lestat is reduced to brief flashbacks within her cheesier third installment), the deletion of Louis and the ambitious but inadequate Stuart Townsend replacing Cruise as Lestat. There are glitches casual fans could correct in their sleep, but taken as a stylish and energetic one-shot, The Queen of the Damned cannot be said to suck.

We catch up with Lestat in roughly present-day New Orleans, where the flamboyant, immortal fiend is awakened from the sleep of the bored by the noisy music of radical new “gods” who play and sing quite loudly when bits of metal are shoved through their tender areas. “I would become one of them,” he coos, immediately killing a Rastafarian and prompting us to wonder if becoming “one of them” means signing up with the Klan. Instead, Lestat joins forces with a band that resembles No Doubt beset by PMS, and, announcing his vampirism to the world, becomes a global superstar. This doesn’t sit well with other vampires, who’d rather not be hunted to extinction by mortals enlightened by the blabbermouth Lestat. Trouble brews.

Screenwriters Scott Abbott and Michael Petroni’s retooling of Rice’s rambling prose squeezes in a lot of detail. With the help of his valet, Roger (Tiriel Mora), Lestat munches slutty groupies in England, a practice that summons intentional laughter later in L.A. as he prepares for his confrontational desert concert. En route, we meet Jesse (Marguerite Moreau of, heaven help us, the Mighty Ducks trilogy), a studious member of covert supernatural surveillance group the Talamasca. Jesse reveals a vested interest in vampires — she was raised by a family of them, including the benign matriarch Maharet (Lena Olin). Her Talamascan cohort David (Paul McGann) tries to caution her in her quest, but he also opens up the tale of the vampire Marius (Vincent Perez, cheese incarnate), spilling moonlight on both Lestat’s vampiric origin (the aforementioned flashbacks) and some of his destiny.

At the core of these matters we have the vampire monarch Akasha (the late Aaliyah, way too cute to be evil). Akasha, hot and bothered by Lestat and his crazy jams, reanimates herself while the big, dumb, loud concert looms for all concerned. Hint to rock fans: Vampire assassins don’t mosh. Hint to vampire assassins: Forget Lestat; kill the band!

Director Michael Rymer (Perfume) wings it, cloaking clinkers in sleek design. His native Melbourne, Australia, stands in for Southern California, the U.K. and the Mediterranean; Townsend and Aaliyah stand in for serious actors. The vampire vehicle Blade compensated for its lousy direction with the charisma of Wesley Snipes, and Queen‘s unique chemistry of sound helming and silly performances also works. It’s just unfortunate that these adaptations didn’t come out in the ’80s, when they would have seemed revolutionary.