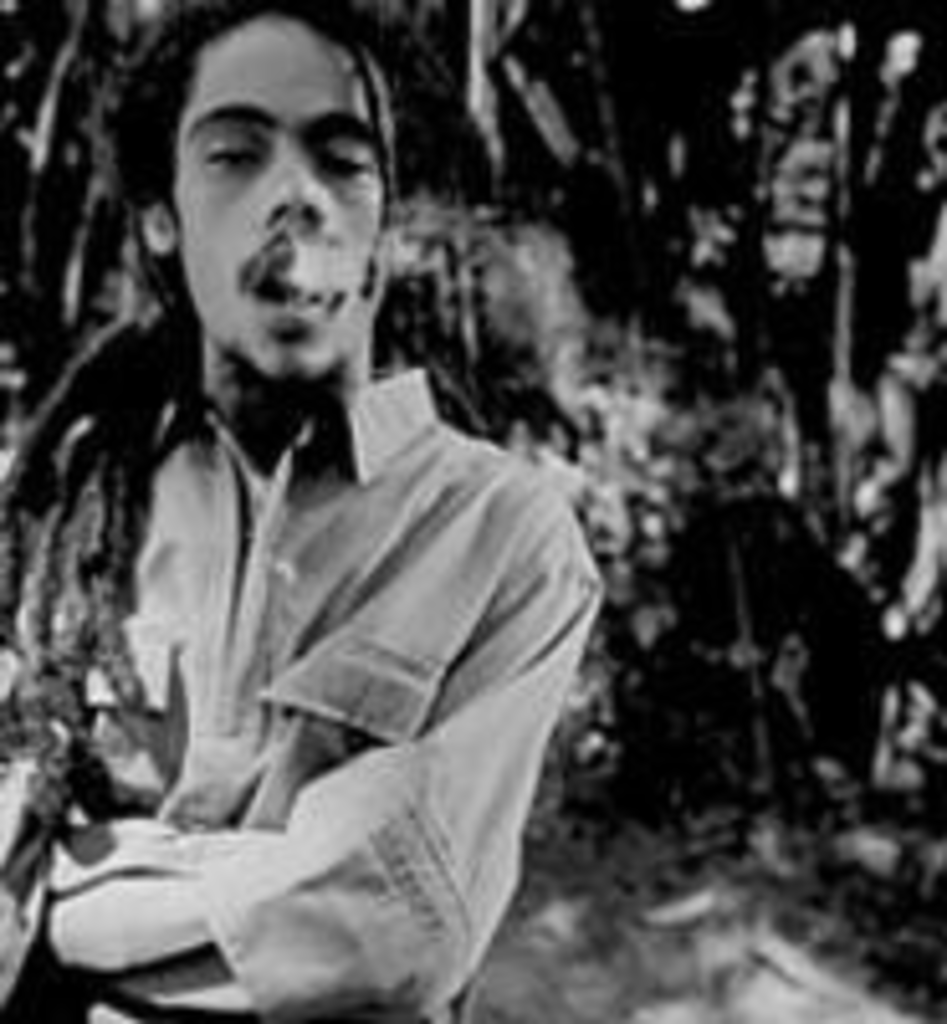 Ever since Bob Marley met his untimely end in 1981, his visage has become to hippies what the pissing Calvin image is to rednecks: something to be worn on the bumper with pride. And it’s not only the decal industry that’s still reaping benefits from the “natural mystic”; it seems that everyone who can claim at least a tenuous Marley link has tried to turn his legacy into an easy buck. Some of these projects, such as the group currently touring as the Wailers, boast legitimacy, with an original member and a handful of musicians who have played with Marley or his band. Others, like the white-and-twangy-sounding “Bob Marley” captured on dubious gas-station greatest-hits tapes, seem to have no connection at all. So when Marley’s actual progeny hit the road, there’s reason for rastas to celebrate. The fact that Damian “Jr. Gong” Marley, along with half-brothers Stephen and Julian, actually plays some of today’s most honest and innovative reggae rather than just paying tribute to Tuff Gong makes such events even more worthwhile. Part of that originality comes from Damian’s ability to draw on his disparate influences — the ghetto-fab world inhabited by father Bob, and the ab-fab world of his former-Miss World mom, Cindy Breakspeare — and work them all into his soulful, funky tunes. Many of the songs on his Motown debut, Halfway Tree, sound as if they could have come from sister-in-law Lauryn Hill’s cutting-room floor, a fact not lost on voters who nominated the record for a Grammy. As Damian’s dad used to say, when this music hits, you feel no pain.