Dale Eldred’s otherworldly art, revisited at Leedy-Voulkos, goes away, plus the week’s events 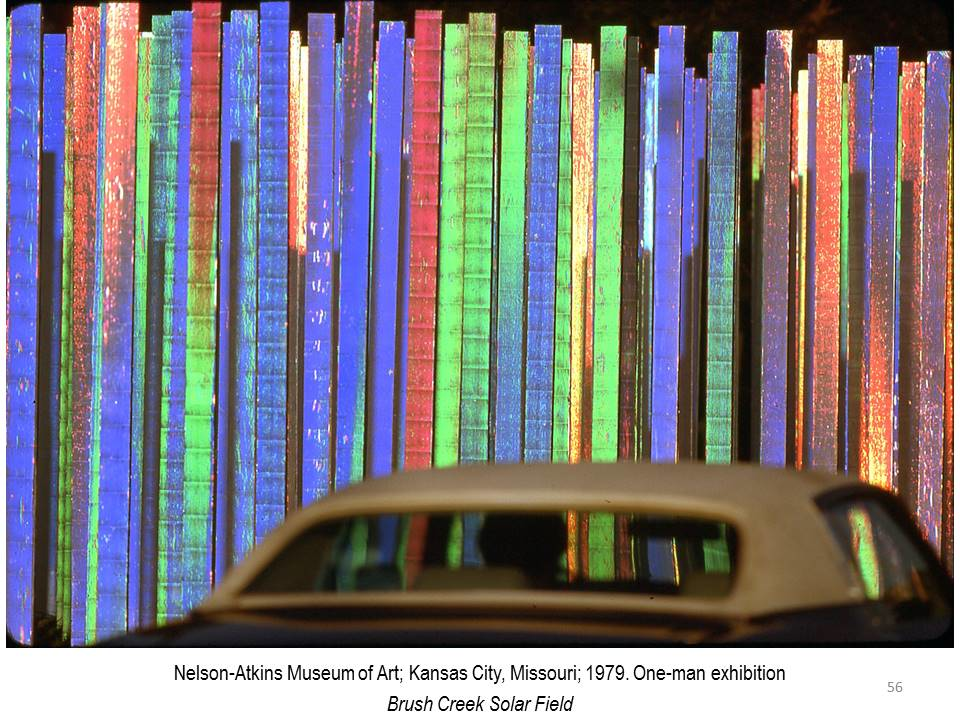 Whether you’re familiar with the name Dale Eldred probably depends on your age and your proximity to the Kansas City Art Institute sculpture department and its faculty, but your conversance with his art has long relied on geography and a good memory. That’s because most of his works — public installations around the world involving light, mirrors and mechanics — are long gone. (Closer to home, recall the cascading waterfall feature in Blue Valley Park, or the time there were rainbow-colored projections on the floor of the Nelson-Atkins Museum of Art.) 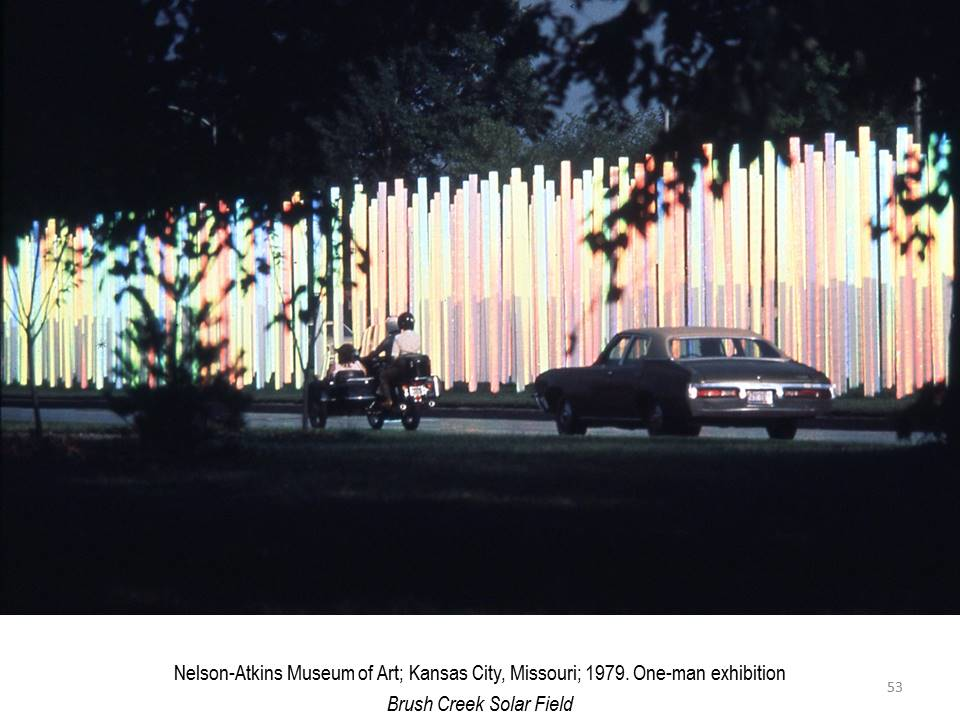 So Eclipsed Reflections: Revisiting the Installations of Dale Eldred is not to be missed. Co-curated by one of Eldred’s students (and gallery owner) Stephanie Leedy and Eldred’s widow, Roberta Lord — who had been looking for a nudge to start digitizing the hundreds of slides she maintains, which document Eldred’s work — the show spans 1976 to 1995 and is made up of seven large-scale projections showing 80 to 90 images each. What was recorded, including specs and proposals that predate Photoshop but don’t look like they possibly could, is educational and overwhelming; you would do well to carry around one of the binders that guide you through the details of each slide. 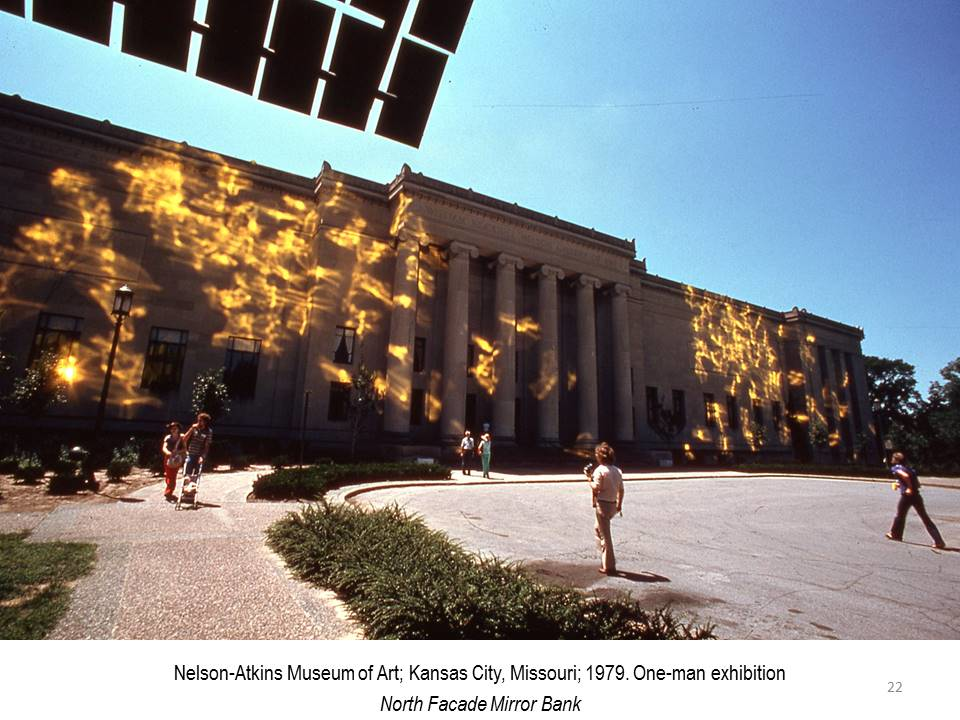 Eldred taught at the Art Institute at the same time as Jim Leedy, and his work involving strobe lights and colorplay was one of the first shows at Leedy’s gallery, back in 1988, when it was called Contemporary Art Center. Eldred had chaired the school’s sculpture department for 33 years by the time he died in an accident. Another part of Kansas City history — the flood of 1993 — took his life; Eldred had been trying to rescue artifacts and equipment in his West Bottoms studio and get them to higher ground.

The KCAI sculpture department has been undergoing renovations, including the construction of the David T. Beals III Studio for Art and Technology and a new fabrication lab. A fundraising effort is under way in the hopes of creating a memorial site for Eldred, an outdoor space where students could practice large-scale projects such as the public installations for which Eldred was known. 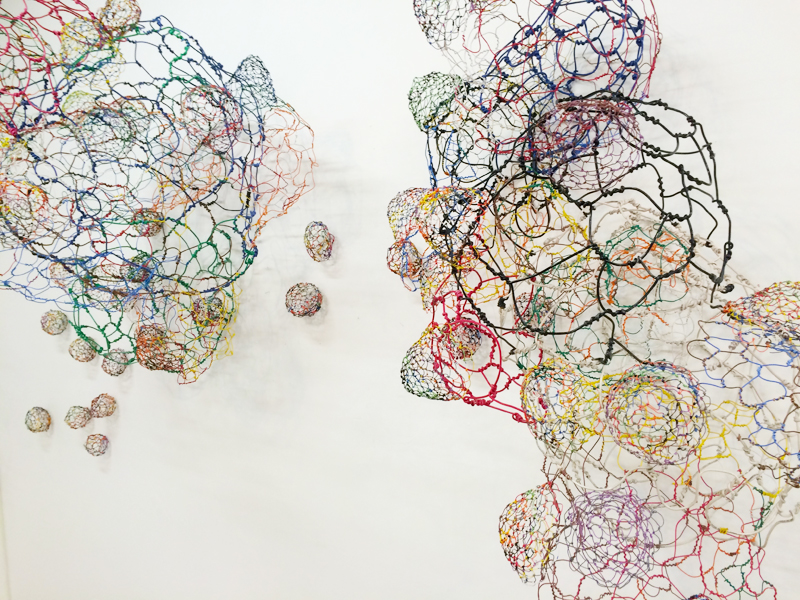 In a more recent blast from the past, before there was Paragraph Gallery (23 East 12th Street), there was the nearby Bank Studio, which was one of the Charlotte Street Foundation’s first “Urban Culture Projects,” a way to use empty space downtown before development started to pick up about a decade ago. Invest: The Bank Studio Residency Alumni opens Thursday, October 27, with a 6-8 p.m. reception at Paragraph. The exhibition includes new works by former residents Rachel Hayes, Grant Miller, Miles Neidinger, Jonathan Peck and Naoko Wowsugi. 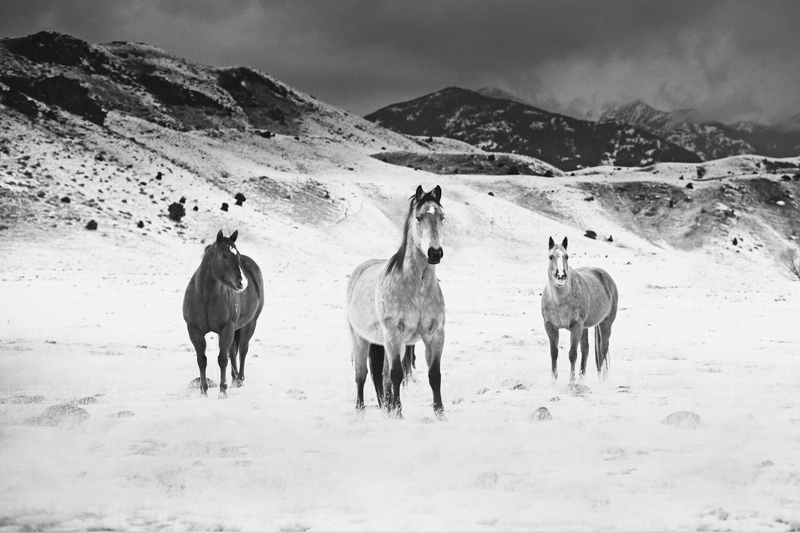 This Must Be the Place

The opening reception for this collection of on-the-road photographs by Adam Smith and Troy Moth is from 5 to 9 p.m.

The Jitterbugs: Pioneers of the Jit!

The new documentary by Haleem Stringz Rasul, founder of Hardcore Detroit and dance ambassador of the unique Detroit creation the Jit, premieres with a 6:30 p.m. screening. The event includes a conversation with Jit dancer Eric Upshaw.

Travis Pratt’s show of paintings closes Saturday, October 29. The gallery is open from noon to 5 p.m. Thursday through Saturday.

The difference between two days of gatherings is black and white