Dale Earnhardt Jr Jr pulls in for a pit stop 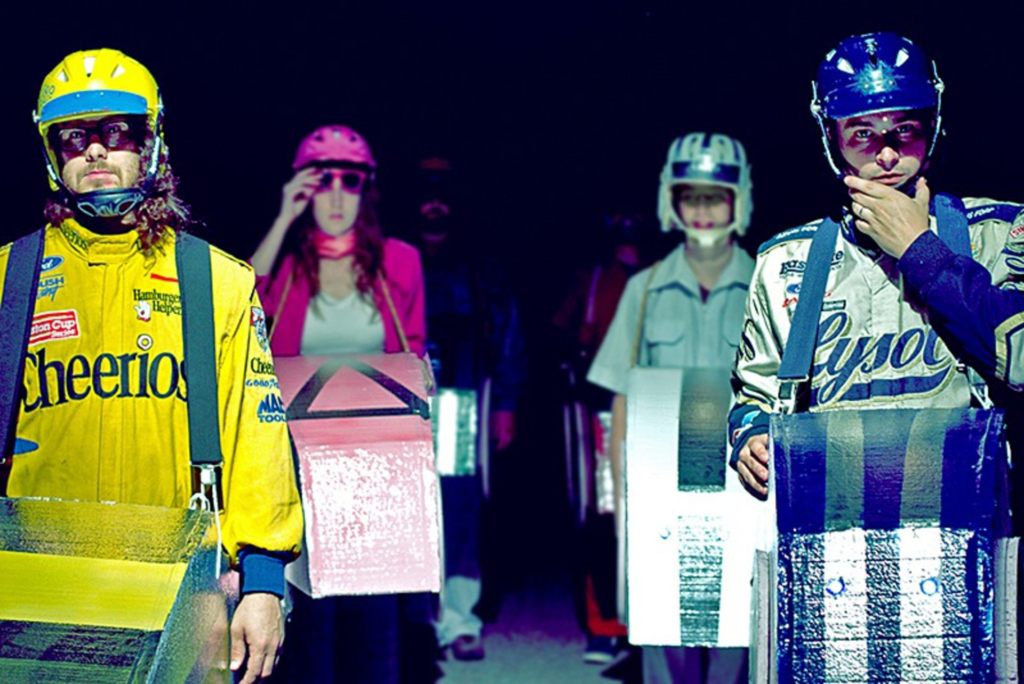 A simple style imbues the band’s compositions with a delicate sweetness — Epstein and Zott recorded tracks in a basement with bare-bones equipment. Since July 2010, the duo has put out an EP, Horse Power, which reached No. 10 on iTunes’ dance-album chart, and a remix album, My Love Is Easy: Remixes Pt. 1. The band’s current tour — ahem, “musical project with high-speed aspirations” — precedes the April 26 release of Jr. Jr.’s first LP, It’s a Corporate World.

The Pitch: How many times have you been out on tour? Is there anything you like to do to “make your mark” in a new town?

Daniel Zott: I think this will be our third tour. All of them have been quite short and efficient. Austin, Texas, for South by Southwest will be a favorite for me. I’m excited to be a part of that week. And I do make sure that I go to the bathroom at least once in each city.

Do you have any post-show rituals?

Josh and I give each other high-fives for a job well done.

Has anything ever happened during recording where you make something you don’t expect?

Most of the time, we come up with stuff we don’t expect. I think having your own studio can allow you to take risks that you wouldn’t dare under time and money constraints. Josh is good at taking risks, and as long as it enhances the song, then we are pretty happy.

Is there a method to the madness of writing and performing?

We both write. We both perform. I think the beauty of this project is that we can morph into different roles when needed. We both play producer and we both play songwriter.

Do your musical interests clash or work together?

We share a lot of the same interests in music. The Beatles, the Beach Boys, the Jackson 5, Procol Harum, Paul Simon and Joe Jackson are some of our favorites. We both have a love of pop music — the way it used to be. That’s why we play “God Only Knows” at our live shows. That song has amazing chord changes, rhythm changes, key changes, and it was still popular all over the world. Pop seems to have been extremely narrowed in the past decade, and it’s a shame that certain people think it has to be that way for most people to digest.

I’m excited to drink iced tea in the state where it was invented. I will do that after our gig. Who would have thought that ice would taste so delicious when mixed with tea.