Dementia pugilistica is a neurological disorder caused by repeated blows to the head, bearing a symptomatic resemblance to drunkenness, and characterized by slurred speech, dementia, confusion and inappropriate behavior. Therefore, if you see me in public, and you’re a lady, and I happen to come up and grope you in a socially unconventional or quirky, unorthodox manner, please note that I HAVE A CONDITION, and also a note from my doctor about my dementia pugilistica which I keep pinned to my shirt, and I am therefore NOT RESPONSIBLE FOR MY ACTIONS. Also, even if I didn’t have a very legal and pronounced case of doctor-excused dementia pugilistica, I am also an avant-garde rebel individualist who will never conform and who rejects your precious rules about social propriety, old man.

Similarly, the Campaign Committee to Elect John McCain for President of the United States or whatever is reeling around like a glass-jawed tomato can boxer, punching at the air and struggling to remain standing. Maverick renegade Vice Presidential nominee Sarah Palin has reportedly GONE ROGUE, like maverick renegade Lorenzo Lamas from TV’s Renegade, angry at what she regards as a mishandled national debut

and struggling to preserve whatever remains of her reputation. High-level campaign officials are giving unbelievable quotes to reporters, now, fully expecting to lose next Tuesday, and pointing their pointer-fingers at each other.

Once Barack Obama is the president, I’m getting t’tooed upon my shoulder. Signifying my return to the sweet, blissful political obliviousness I enjoyed in the 1990s, I’ve chosen the logo for the video game Half-Life. My pretend-life, in which I am badass particle physicist and freedom-fighter Gordon Freeman, is going to be a full-time occupation once I don’t have to think about politics anymore. Over the last eight years, there was a very real danger that if I wasn’t alert at all times, I might unwittingly enlist in the army and get deployed to what military strategist Kenny Loggins called “the danger zone.” Next week, I hope to relax and sink back into a womb-like state of video-game-induced catatonia, in which case, GOOD BYE FOREVER, you guys, or at least until the next party-changing political upset. Subsequent to the jump, more “news” and “links,” and a SPOOKY TALE OF SEASONAL HORROR, which turns out not to be all that spooky (SPOILER!!!!) Click here or on the savior of human civilization, Gordon Freeman: 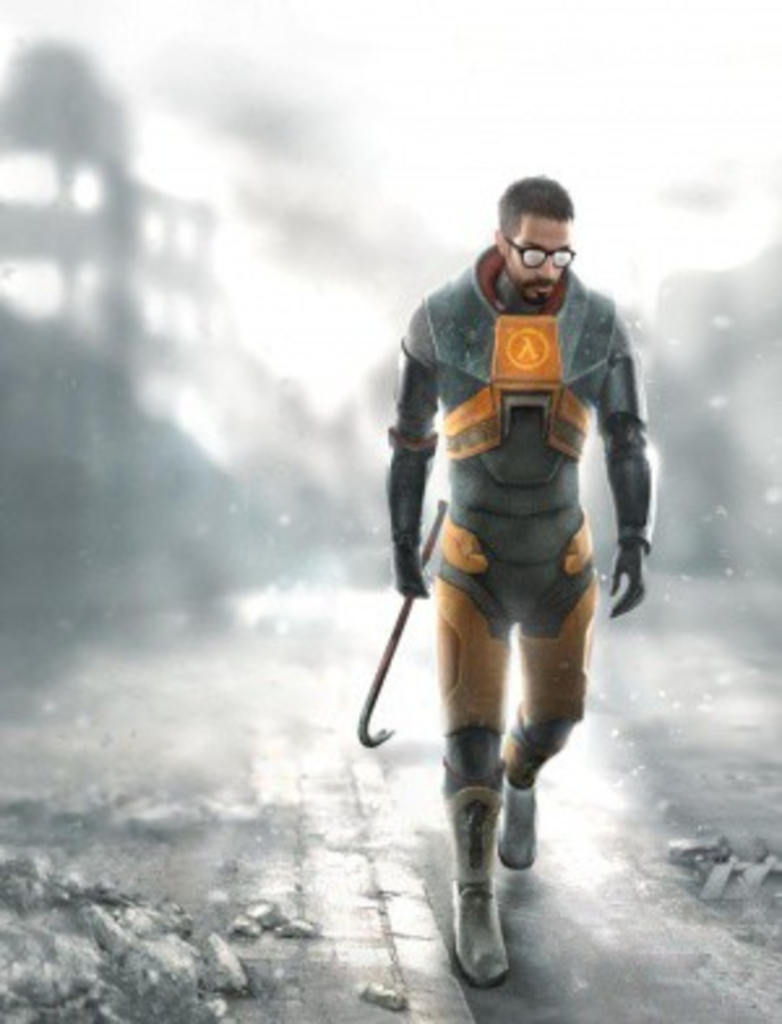