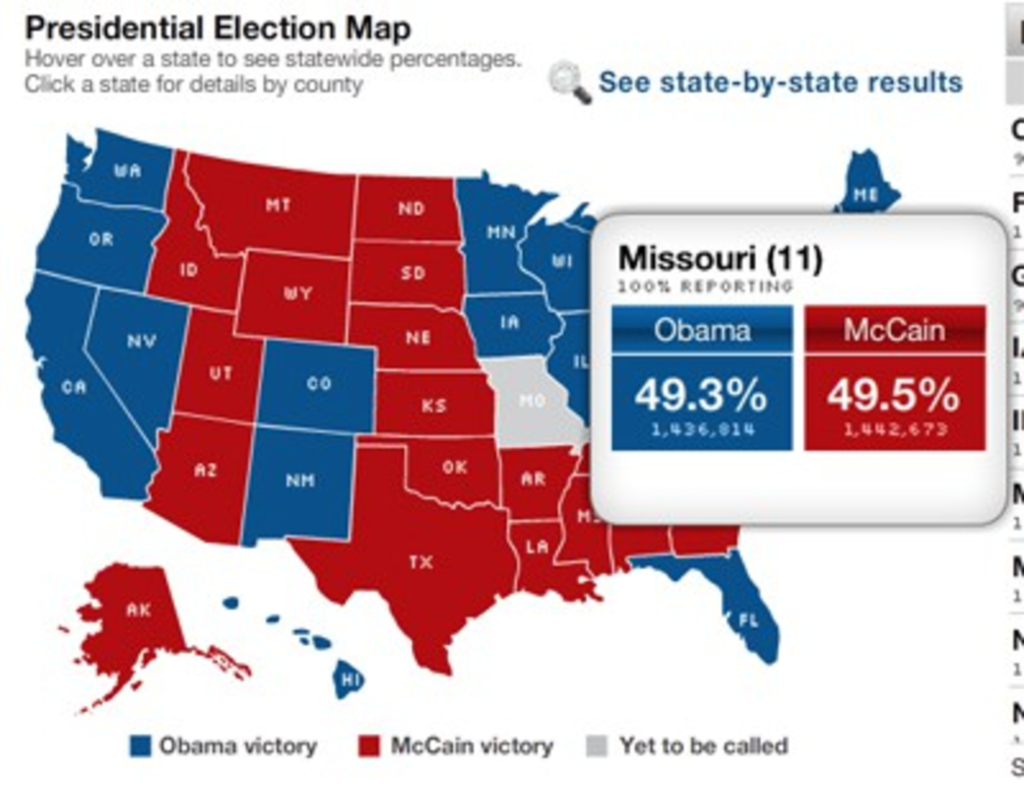 McCain could still pull this out: Well, here it’s Friday, and Missouri hasn’t awarded any electoral college points to any Presidential candidates. Is there anybody discussing this, anywhere? The final, still unofficial results have Sen. John McCain narrowly leading gigantic loser Barack Obama who has nonetheless presumptuously embarked on his “transition planning” with or without Missouri’s coveted electoral votes. Yael T. Abouhalkah at The Kansas City Star points out how badly Sen. Claire McCaskill should be embarrassed about her failure to pull Obama across the finish line on her magnificent coat tails.

Still, as a resident of the only state that hasn’t officially taken a position on the 2008 Presidential election, I think we should just hold on to our electoral votes and let them “roll over,” like Powerball $$$, to the next national election in the futuristic-sounding year 2012. I think I will pronounce that “twenty-twelve,” as opposed to “two thousand and twelve.” I wonder if the economy will have recovered enough by then for me to get a job as a Bladerunner, because I’m telling you, if you start letting the replicants take away our jobs and marry our women, the next thing you know, there will be a replicant President. ANYTHING IS POSSIBLE IN AMERICA! A pig with a telemarketing job? An enchanted hat that dispenses beer? A website for adult babies? In America, if you want that, you can just reach up and pluck it. NSFW, y’all. Gross paraphilic infantilism notwithstanding, America is pretty great, you guys, I hope you appreciate it while it lasts. After the jump, a thing that comes off more rant-y than I actually intended. Sorry, it sort of got away from me, there, I’ll dial that shit back next week. Click here or here: 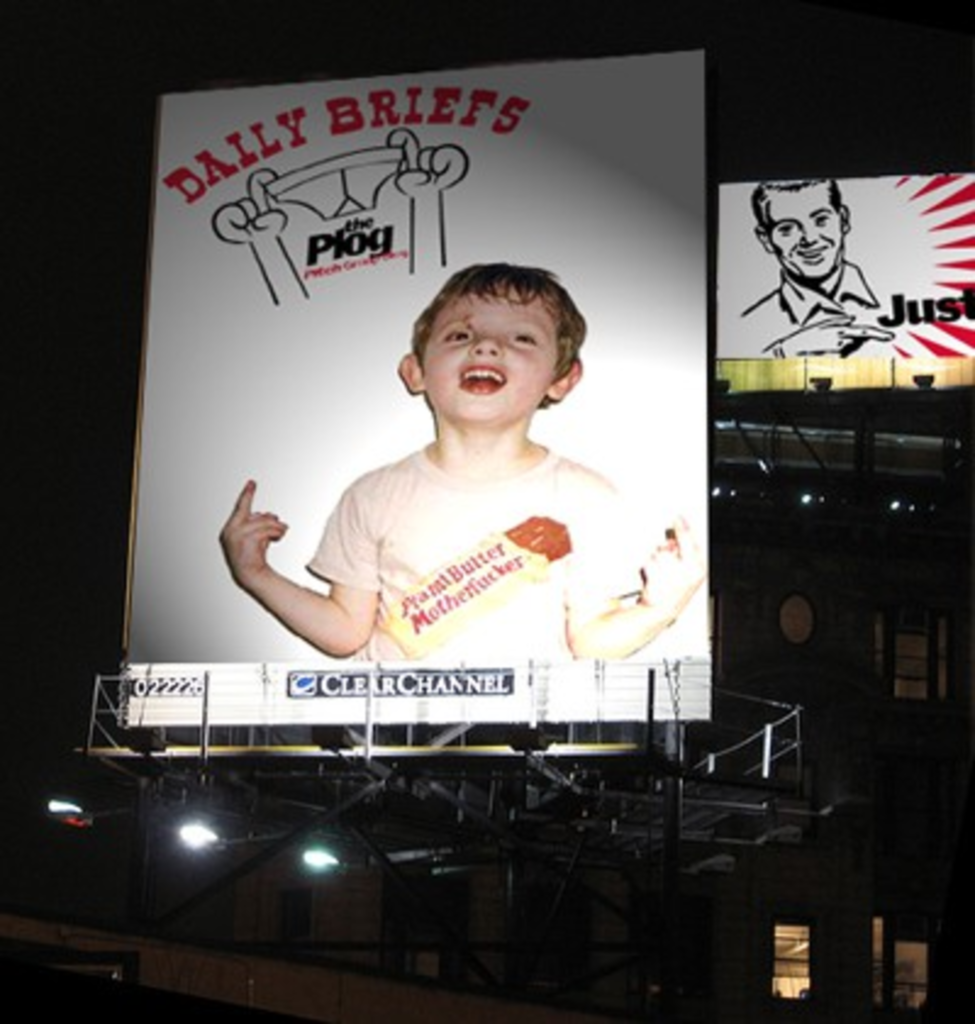