KC Blaze isn’t a basketball team. The Sprint Center finally got a tenant this morning: a fire that broke out in a seventh-floor utility room.

They also used to teach cow husbandry: Thieves stole a mounted cougar from a trophy case at Hickman Mills High School. According to KMBC Channel 9, it was stuffed and mounted by students in 1979, back when taxidermy was still taught in school. In an era when schools can barely afford music teachers, that’s the kind of detail that jumps out and smacks your face in its nuts — they were teaching kids how to mount a trophy carcass back when Jimmy Carter was the president. Basically, we pretty much have to blame Ronald Reagan for the fact that American schoolchildren are getting lapped in taxidermy by up-and-coming India.

I would also work barefoot in City Hall: A $50 million-$70 million shortfall in the city budget means that the Kansas City Zoo may have to close its doors. The situation is apparently so serious that zoo officials met with Mayor Mark Funkhouser to discuss whether the city would make good on its contract with the zoo, which may not actually require the city to pay the $4.6 million the zoo thought it would be receiving. If I were the mayor, I’d practice my steely-eyed look in the mirror while saying, “NOT ON MY WATCH!” in my best gravelly Harrison Ford voice. And then I’d cut the zoo a check for $4.6 million out of the school district’s budget. Because, y’know, on the one hand, you’ve got kids, and then over here, monkeys. VOTE FOR CHRIS!

BIG 12 NO PARKING WHOOO! The Big 12 women’s tournament has sold only about 5,000 of 9,000 available tickets. But! That’s still a local record for women’s tournament ticket sales. But! The city expects to sell up to 3,000 walk-up tickets. The women’s games are at Municipal Auditorium, just FYI. And it’s not like you can still get into the men’s games. And in case you were worried about it, I totally do not think it’s even a little bit gay that you’d rather go to the men’s games than the women’s games.

Add it to the list of things you can do: Finally, I can go to iTunes and legally purchase a digital file of “Being For the Benefit of Mr. Kite.” That’s assuming some unfathomable situation arises when I need to do that. You never know! I could also wind up winning a solid gold accordion in a contest — it isn’t completely impossible.

Get it under control: Ultimately, when the dust settles on the wreckage of his career, I think Eliot Spitzer might regret this gubernatorial facial expression more than anything else: 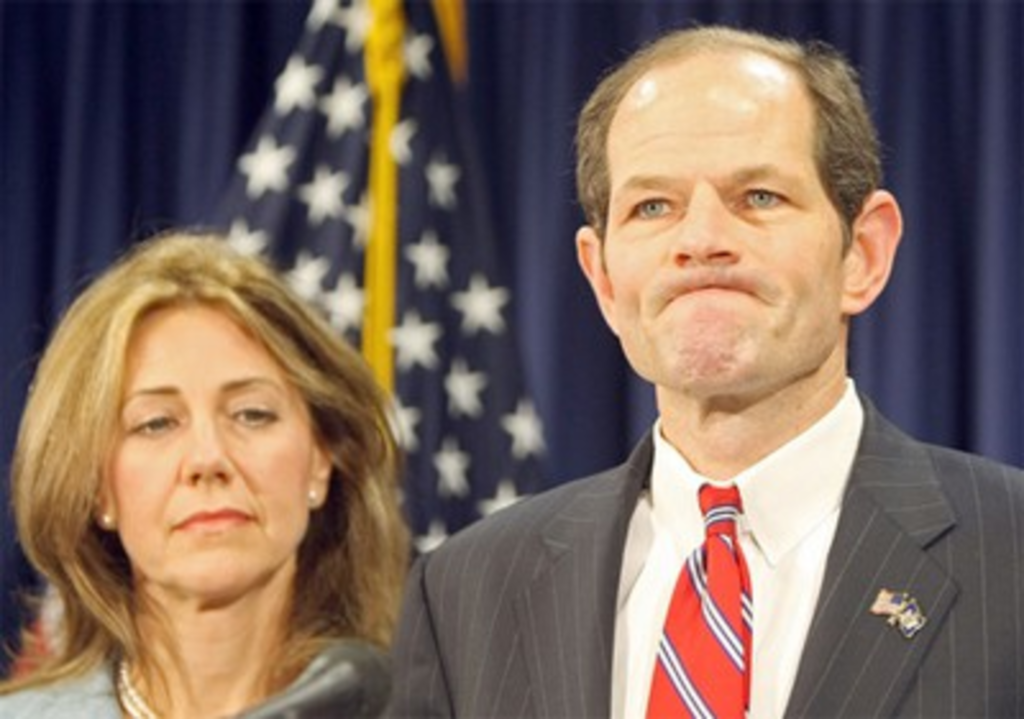 WHOOPS! Your face forgot its talking points! This is what happens when your face works without a teleprompter.