Memorial Day +1: Prime Buzz shut down for the holiday weekend, like a Dairy Queen in November, and as far as they’re concerned, nothing important happened over the weekend. As usual, I punched in for work on Memorial Day just like any other day. All’s I’m saying is, one local news commentary blog cares about you, and the other one spent the weekend at the Lake of the Ozarks on a houseboat christened “Janie’s Got a Gunwale.”

Unlike the high-bred fancies at Prime Buzz, fewer regular people drove over the holiday weekend as the result of higher gasoline prices. Smartypants John Taplin says speculators are driving up the cost of oil, and conservative bête noire George Soros agrees. As an apology for lapsing into French in the previous sentence, I’d like to offer this darling raccoon rescue video set to the vagina-rock stylings of Natalie Merchant:

“I just brought it upstairs, and I was like, ‘Hey, how long has this grenade been in the basement? I was just kind of playing with it, and the kids are like, ‘Hey Mom, what’s that,'” Torres said.

This is why I’m polite and respectful when I go across the state line. The people there are nice enough as long as you don’t bring up Darwin or abortion, but you never know when they’re going to come up from the basement tossing a grenade back and forth between their hands, and using it to play keep-away with the kids. Second-best part:

Scherer said her ex-husband may have brought the grenade into the house years ago and not told her about it. It was not her father’s, she said.

Not only do Kansas residents find military explosive devices in their basements; they may have no idea about the “provenance,” of those explosives, as they like to say on long-running PBS series Antiques Roadshow. It could have been in the family for a generation or so, and even if it doesn’t have any actual cash value, or value as a useful hand-thrown anti-personnel weapon, it might still have some sentimental value to someone in your family.

UPDATE: Since Tony posts everything at four o’clock in the morning, I’m pretty sure he connected Antiques Roadshow to the KCK basement grenade five hours before I did. I willingly concede the sub-referential Public Broadcasting footrace to TKC. (NO PLAGIARO) 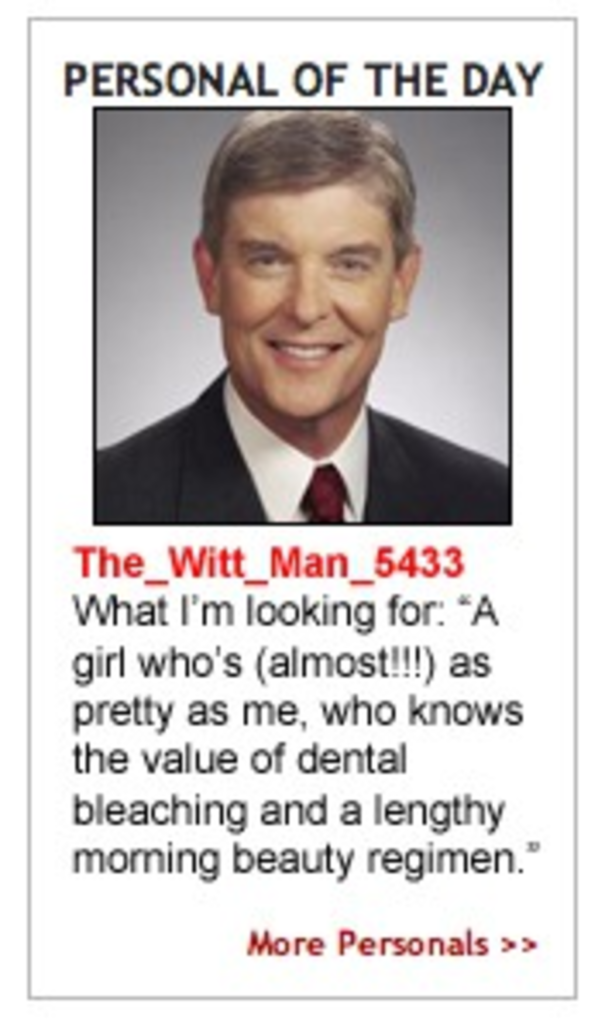 The terms of my probation do not include civility or hygiene: Until 1958, British aristocracy celebrated the coming-of-age of their sallow, Sid Vicious-looking young ladies by formally presenting them at court to the reigning monarch. The Queen abolished this filthy, savage practice before I was ever born, but, like a British debutante with a disfiguring inherited overbite, I have an important milestone of my own coming up in less than a week, about which MORE LATER.

As my own rite-of-passage nears, I’ve been feeling all, like, contemplative and whatnot. This morning, while having a smoke outside the office and trying to catch the attention of the receptionist through the window by making my hula girl tattoo dance, I thought about where I came from and how my parole officer got me this job by promising The Pitch shift supervisor that the halfway house would make me turn out my pockets every day after work in case I stole anything. I noticed the receptionist glance over at me while I was combing back my thinning pompadour, so I winked at her, and then the security guard came out and told me to quit loitering.

So I went to the pay phone across the street and made a few prank phone calls to Kansas City Star staffers. I got DeeAnn Smith to page Mike Hunt, which I swear to god she falls for every single day. Then I called up E. Thomas McClanahan, covered the phone’s receiver with a voice-distorting prayer cloth that I got by donating money to evangelical minister Robert Tilton, and said, “This is AT&T overseas long-distance; you have a collect call from London, England. Will you accept the charges?” McClanahan said yes, and in my best Cockney accent, I shouted, “‘ELLO, DOUCHEWIT!” While I was laughing, he said, “Packham, you’re a complete jackass.” He’s probably right about that, and in a surprise twist that you could almost describe as Shyamalanesque, he’s also 100 percent right when he says tougher regulations on credit card providers “seem reasonable and fair.”