As Pennsylvania goes, so goes Barack Obama to the White House. Here’s another article about how the Greatest Generation votes for Hillary Clinton, because they’re used to seeing her on the covers of Modern Maturity and Reader’s Digest, while Barry Obama is featured on the covers of Tiger Beat and American Cheerleader. 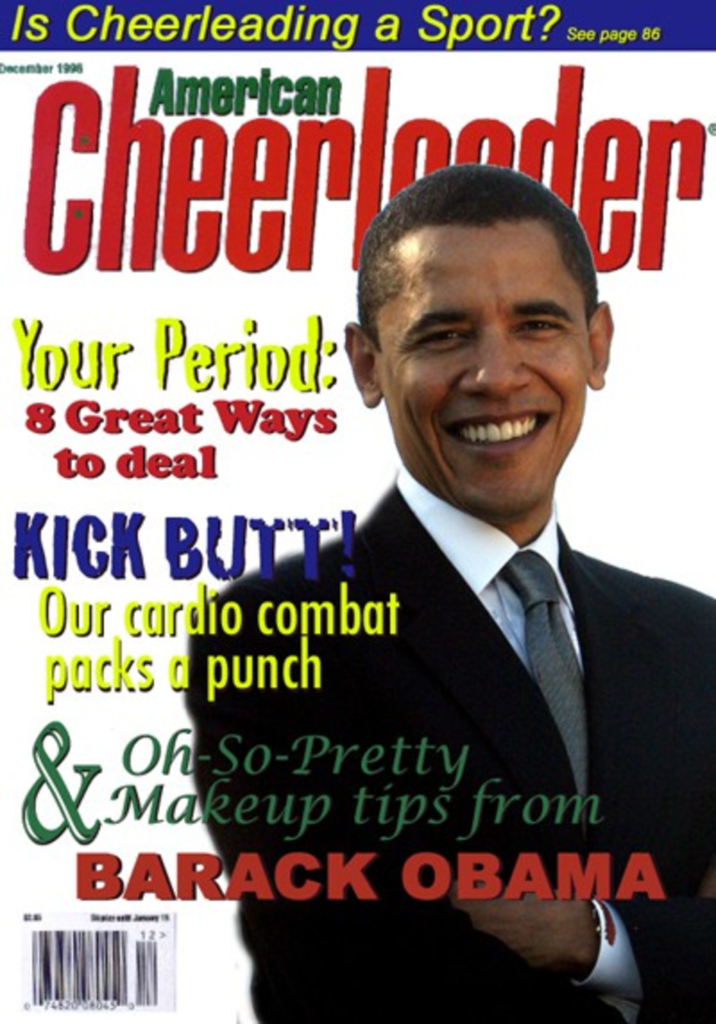 Surviving veterans of the Spanish-American war tend not to have painful monthly cramping. Consequently, the olds in Pennsylvania usually break for post-menopausal candidates like Hillary Clinton and John McCain, and meanwhile, Obama is expected to do well with younger voters who reject you and your precious rules, old man. Basically, Pennsylvania is just like every other state in that regard, so dog bites man! Sorry for my boring observation, but did you notice all the Photoshoppery I did this morning? JUST FOR YOU? Please address cash and gifts to CHRIS PACKHAM, c/o The Pitch, 1701 Main Street, Kansas City, MO.

In a last-ditch appeal to some imaginary Clinton-loving Republicans that exist on the other side of Hillary Clinton’s magic wardrobe, she went on Good Morning, America [Primary Demographic: The olds] and said that if elected, she would “totally obliterate” the Muslim terror nation of Iran. QUESTION: Including the Muslim babies? ANSWER: Hillary Clinton’s health care plan would shield little Muslim babies from freedom bombs.

In one of life’s little ironies, even if Clinton had a huge win today, it wouldn’t yield a big delegate gain. It turns out that four months of competent campaigning can’t make up for the previous 10 months of catastrophically shitty campaigning. At the end of the day, whatever the outcome, Michelle Obama should continue practicing signing her name “Mrs. 44th President Barack Obama.”

What Would Jesus Deduct? A gay couple living in Hartford, Connecticut, was denied online service from H&R Block’s TaxCut tax preparation program because it doesn’t recognize civil unions. WHOOPS! Your tax program may be in accordance with the rumbling Arkansas timbre of the Johnny Cash Talking Bible, but the American Civil Liberties Union of Connecticut takes a more secular view of American tax law. After deliberately implying that H&R Block is applying old lady morals via their tax program, I’m kind of duty-bound to acknowledge that the company says some kind of a “glitch” in their program is responsible for the automated electronic homophobia, so always remember to enable Javascript and turn on your cookies.

Great Moments in News Copy: Coyotes are running away with the precious little dog babies of Johnson County residents. Congratulations to KCTV Channel 5 for extruding this confusing sentence from its news copy orifice: “In the meantime, city officials urge residents to stay with their small pets outside at all times.” At all times! THE HOWLS ARE COMING FROM INSIDE THE HOUSE, Johnson County Residents. KCTV Channel 5 and the Grammatical Ambiguity Council remind you to eat grammatical ambiguities three times daily.