Daily Briefs: From now on, they’ll be showing their buttcracks… in buttcrack jail.

The “broken windows” theory postulates that urban neighborhoods with tall weeds, broken windows, burned-out car husks and corpses will inevitably succumb to what sociologists and physicists call “the second law of thermodynamics” and continue to get worse and decay until the heat-death of the universe. Or maybe they explode in a bloody, scientific conflagration. Either way, not good. Because according to the theory, broken windows lead to more broken windows, leading to more corpse-dumping and more stray hogs running through the streets, and before long, whoops, there go the Mission Hills property values.

One form of broken windows that may surprise you: black kids with saggy pants. Upright caucasians have been getting worked up about black youth culture since, like, forever. It all goes back to the popular black youth fad of the “underground railroad” in the 19th century. Via the “broken windows” theory, this inevitably led to black youth Elvis Presley inventing devil music, and the whites who control the media had to censor his black pelvis.

These days, caucasians are worried about saggy pants. Because pretty soon, they’ll lead to more saggy pants, leading to broken windows, demon rum and playing at games of chance. KMBC Channel 9 reports on efforts in Sikeston, Missouri to “crack down” on exposed buttcracks. HAHAHAHA! And then my bow-tie spins around. The Sikeston City Council is operating on the time-tested theory that if something is prohibited by the grown-ups, it will be less attractive to kids. Because if there’s one thing black youth respects, it’s the ordinances of the Sikeston City Council.

Oh, the story had this dumb survey question: 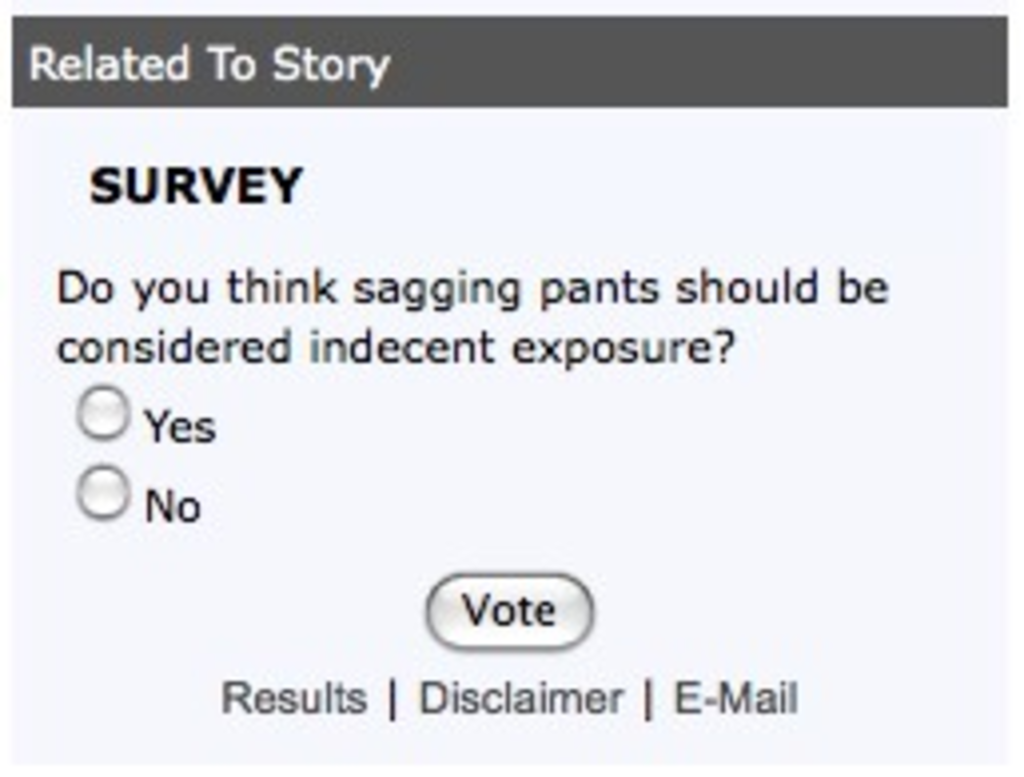 It was a survey of how many white people like to click buttons on the internet. Here are the results: 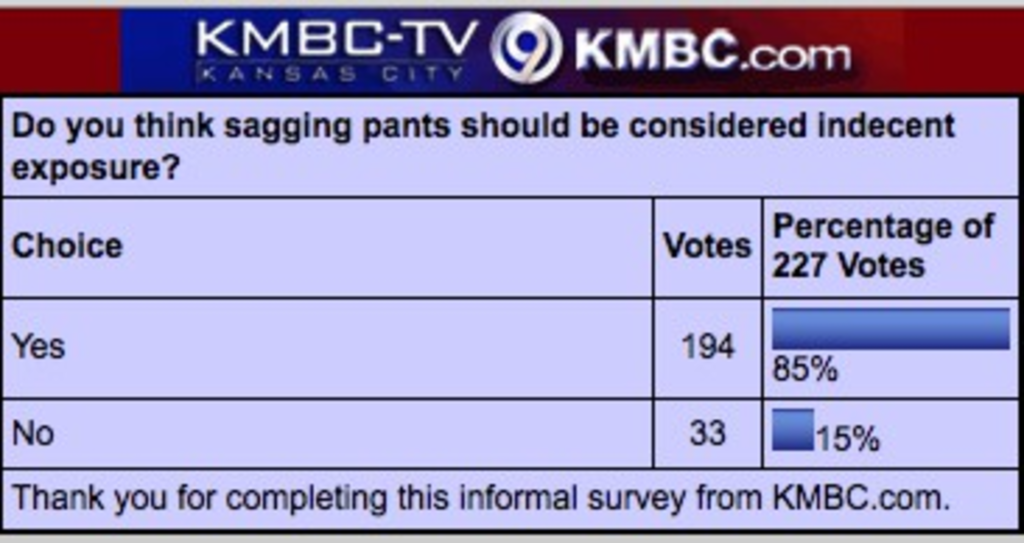 “The Man” is on vacation this week, so he’ll get back to hassling black youths next week. After the jump, rejoice, o ye women’s clinic, plus some nonsensical insults about your mom. Click here, or on this vacation shot of “The Man” enjoying his stay at Sandals Montego Bay with his lovely wife, Mrs. “The Man”: 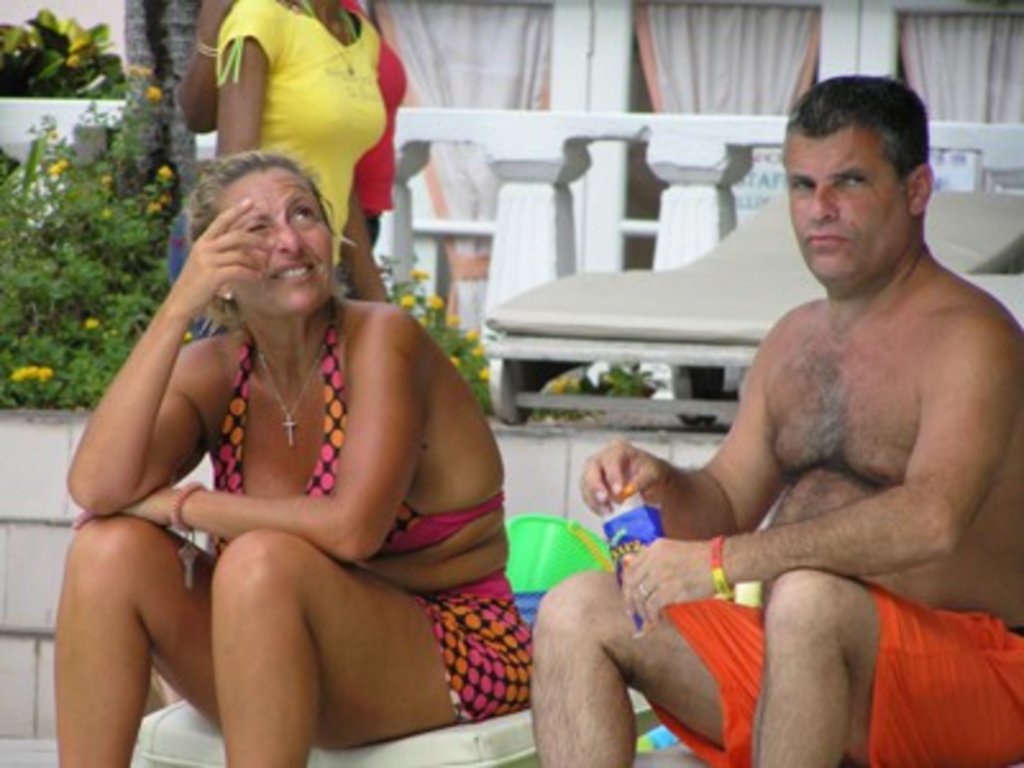