I have a healthy fear of the American moviegoing public: I’m no political campaign manager. I’m just a simple man with a toned set of lateral oblique muscles that would make a sports doctor weep with admiration. So nobody’s looking to me for advice about how to get an old battle-scarred war hero elected to the nation’s highest office. But I do have this observation: On the one hand, it’s unlikely, or at least unconventional, for a political adviser to say, in televised public, exactly which punches a candidate is going to throw at a debate. And on the stupider, more assy-smelling hand, John McCain’s campaign advisers are like eighth-grade boys who just stole a back-hoe and are now smashing through a parking lot, crunching cars and flattening traffic signs. In the preceding simile, the back-hoe is John McCain’s presidential campaign.

So, yes, when Tucker Bounds from the McCain campaign actually comes out and says that McCain is likely to get all up in Barack Obama’s terrorist grill about William Ayers at Wednesday’s debate, it’s actually plausible that they will do exactly that. If I were a Democratic senator from the great state of Illinois in the midst of debate prep, I’d totally be ready for that curveball.

While you, the great unwashed masses of Beverly Hills Chihuahua-loving Americans, haven’t fallen for any of this borderline-racist “terror” bullshit so far during this election season, you have documentably made Beverly Hills Chihuahua the top-grossing film for two weeks running. Which is why the signs I’ve posted in my yard w/r/t my alarm system, terrifying watch dog and shotgun are all 100 percent true. KEEP THE FUCK OUT, you guys. Here is a picture of the watch dog: 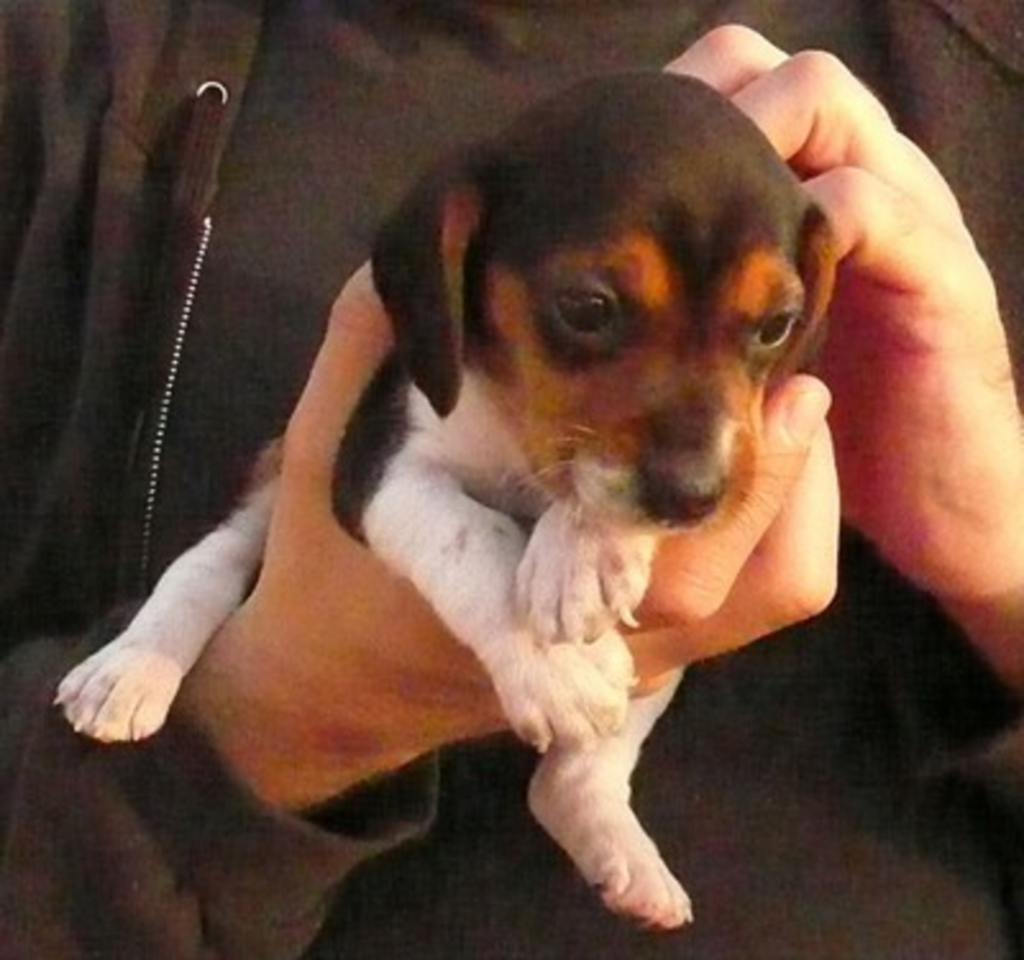 When she’s full-grown, she is going to be a terror. I fully expect her current practice of nose-licking to advance to the trachea-ripping stage within a few weeks. After the jump, some discussion of war puppies and a tale of adventure on the high seas. Click here, or on your favorite movie: