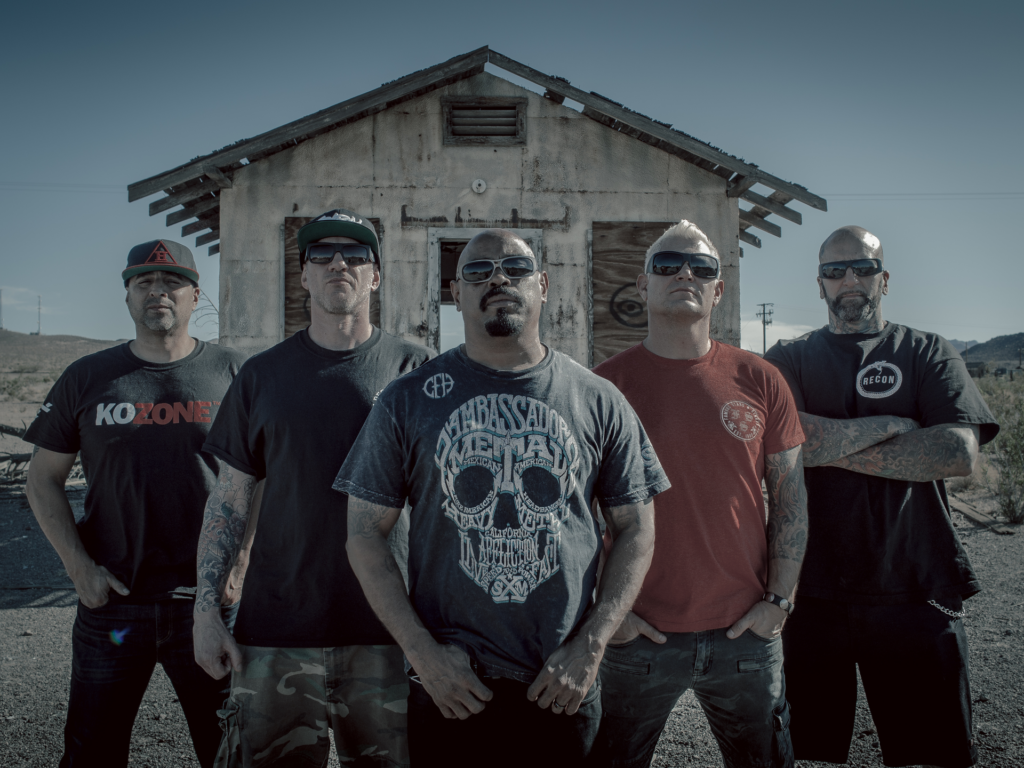 As part of the hip-hop group Cypress Hill, rapper Sen Dog is known for his strong verbal jabs, which punctuate the laconic flow of B-Real. Sen’s lyrics also hit hard, so it’s no surprise that he frequently works with heavy rock and metal artists such as Phunk Junkeez, P.O.D. and Transplants. No shock, then, that Sen would join forces with members of Biohazard and Fear Factory to form a new project, called Powerflo.

The band’s self-titled debut arrived in June, and Powerflo’s “Resistance” has been tapped as the theme song for NXT, World Wrestling Entertainment’s developmental program. The group’s out on the road right now, opening for Brujería. I called Sen Dog to ask him about heavy music and Latin identity.

The Pitch: This current tour seems to have a strong Latinx identity to it. Is that something you see as well?

Sen Dog: Oh, yeah, definitely, that stands out from the Latino perspective, and how much Latinos love heavy metal. It’s definitely a cool thing — a cool vibe about it — to be able to represent. Whenever you get a chance to represent who you are, and your culture, that’s always a cool thing, especially in this manner. It’s a cool deal.

With Brujería headlining and Powerflo performing, it seems that, given the current climate, there being a political element is kind of an important thing.

I believe so, especially nowadays, after all this negative talk of Latinos by our governing office and stuff. I don’t know how political of a stance Powerflo takes, but there are things in my lyrics that are affected by the world’s current state.

But I think the fact that it’s Latino bands on the bill makes it something to pay attention to. Like, I think that people wonder if we’re going to make some kind of social statement here, or if we’re going out for heavy metal’s sake, but all of the possibilities are there, you know?

Do you feel like having Latino visibility in this current political climate is a statement in and of itself?

Yeah, I think so, because it is a positive thing, because we’re going out as one, and bringing in whoever wants to come to this concert. I think we have a chance to show people who might’ve been fooled by recent news of Latinos and what we represent — it’s a chance for people to learn more about who we are and what we do: that a Latino person isn’t a lazy person or someone who’s looking to take their job or something like that.

It’s a chance to go out and make people socially aware of how hard-working we are and – not just that – just that whole stigma of Latinos not being intelligent or not being able to speak the language or things like that. I think we get a chance to put all that stuff to bed, you know?

This lineup’s pretty diverse in terms of genre, too, right?

I’ve always been one to believe that hip-hop and metal have gone together. They marry well, and it’s pretty much the same state of mind: the kind of rebellious attitude that hip-hop has, and that heavy metal and rock and roll were born with. I think hip-hop was born with the same attitude, and the culture — when rock was born, it was all like, “Rock will never last,” and they said the same thing about heavy metal, and the same thing about hip-hop.

For some reason, those two — ever since Aerosmith and Run-DMC, it was like, if you do them right, it does not fail. Fuckin’ put your own reality and dose of integrity into it, and not rest on what other bands have done in the past or you yourself have done in the past. Always come with a new, fresh feel.

For those reasons, I think that those two genres: They mesh well. If you get a vocalist who has always straddled the line of what is hip-hop and what is rock and roll or heavy metal, and understands the spirit that you have to have for it, then you probably have a winning formula, there.

Powerflo performs at the Granada with Brujería, Piñata Protest, and Young Bull on Saturday, October 28. Details on that show here.