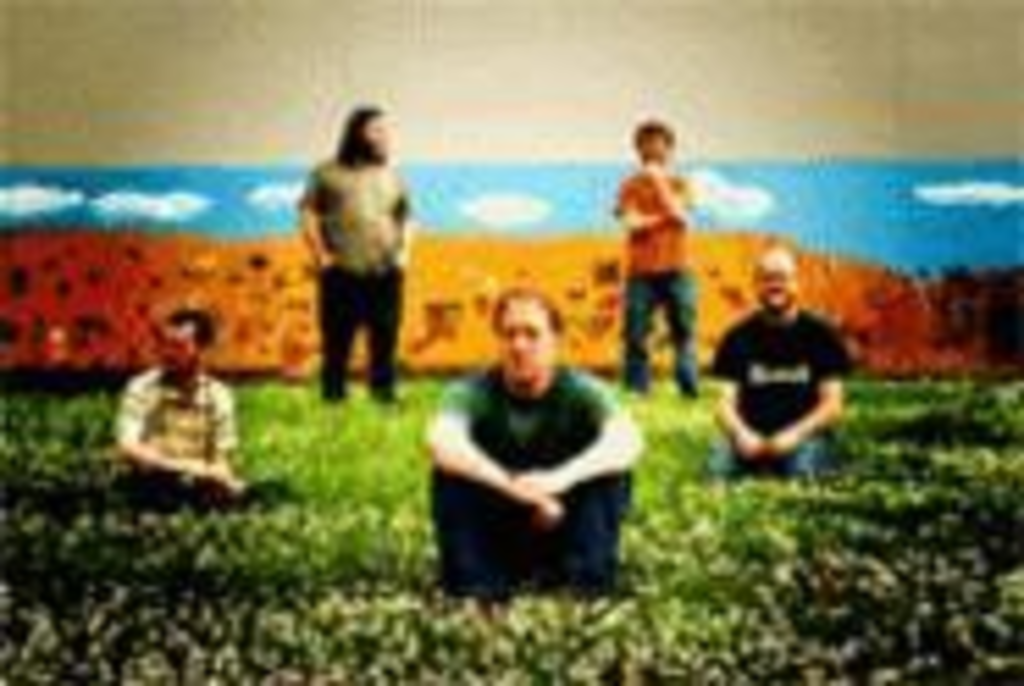 Here lies the Wall of Crap.

Patented on the esoteric 2004 album The Captain Is Dead, Let the Drum Corps Dance, Minus Story‘s self-labeled recording technique saw the Lawrence group smudging its own chamber-pop masterpieces like self-sabotaging versions of Phil Spector. In the Wall of Crap, drum taps landed out of time, vocals strayed past their range and every element sounded slightly askew. But on its just-released fourth full-length, No Rest for Ghosts, these pieces click into place.

“We were willfully screwing with that record, and you don’t want to repeat that,” singer Jordan Geiger says of The Captain Is Dead. “It was a pragmatic decision. At that point, we couldn’t afford to get a nice, clear sound, so we thought we might as well go crazy with it.”

Though not defined by a distracting aesthetic choice, No Rest for Ghosts isn’t professionally polished. The group finished it in shifts, recording tracks at the modest studio of Jagjaguwar label owner Darius Van Arman in Bloomington, Indiana; drummer Nick Christus’ place in Boonville, Missouri, just a block from his childhood home where he, Geiger and bassist Brian Phillips bonded in a Nintendo club; and a temporarily vacant church in north Lawrence, where Geiger plinked parochial melodies on the house grand piano.

“That was the best situation,” Geiger says. “Alas, after three months, this church came in and wanted to worship there.”

These were open-ended sessions — Geiger might wander in wearing a bike helmet and end up beating his safety-first headgear with a stick while the tape rolled. On the Ghosts cut “To the Ones You Haunted,” the helmet and a wine bottle play unique parts, but on Captain, the group used this kitchen-sink approach for superfluous reinforcement. The liberal use of percussion overdubs, with all instruments tapping out the same rhythm, led reviewers to assume that the band was flaunting its multiple drummers. (Minus Story did play several shows with since-departed second drummer Tyler French but never used this formation on record.)

“We’d have a hi-hat, and we’d add on a tambourine and sleigh bells, basically for no reason,” Geiger sheepishly admits.

Minus Story will “almost definitely” conceive its next record at the Black Lodge, says Geiger, who once interned there. He holds out hope that the group might eventually collaborate with Steve Albini, though the cranky producer would have to cut the band a deal.

“Whenever we get the budget for an album, I ask myself whether I want to spend it on a studio or buy equipment that we can keep,” Geiger says. Perhaps imagining all the bike helmets he could buy for the price of five days with a fancy mixing board, he adds, “I’m sure we’ll use the Wall of Crap again in the future.”