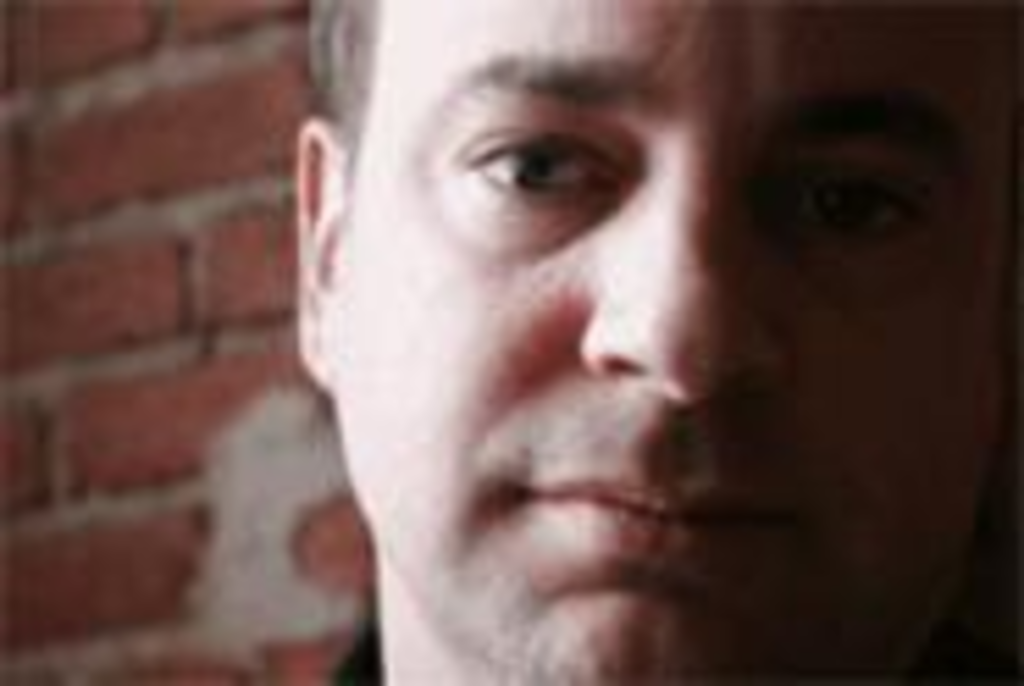 The walls of Anodyne Records are starting to bulge a little.

Not literally, of course. The label’s home — hastily stashed in a near-abandoned West Bottoms red-brick-and-mortar, teetering above three stories of gangplank stairs and creaking plywood doors — seems like it could collapse in a stiff breeze. But that’s not why. Not at the moment, anyway.

The inside, its guts, the area where some of Kansas City’s music literati — the Architects, the Hearers, the String and Return — congregate to play and to dream, has that same cramped, cozy feeling most independent studios share. Not too claustrophobic and not dilapidated but definitely in need of a little airing out. It’s kind of like a houseplant — keep it in the same pot for its whole life, and it’ll survive. Give it some room to grow, and it’ll flourish.

“We’re kind of outgrowing our space,” admits John Hulston, the label’s founder, as he settles in behind his desk in the section of the structure that serves as the label’s office space. Across from him, beneath a wall lined with countless concert posters, sits his business partner and sole A&R guy, Brandon Phillips.

But still, that’s not it. Not all of it, anyway.

What’s most obviously bursting at the seams at Anodyne isn’t the building or the square footage — it’s the plans being made by one person (or two people, depending on who’s speaking in future tense at the moment).

When Hulston speaks, it’s the words of a businessman that you hear. Soft-spoken yet confident, he can rattle off exactly what it takes to rent an office space on the cheap, to build a studio that’ll turn out good albums, to make the right connections for a great distribution deal.

Kansas City bands know Hulston. His name, like those of ubiquitous producers Albini and Rubin on a grander scale, gets tossed around a lot. You can find it in the liner notes of a Shiner or Onward Crispin Glover CD.

More important, at least for the sake of his business, is the attention outside the city limits that he and Anodyne have received in the past few months. Since selling off some real estate and taking on a few loans to start the label in 1998, he has seen some local success. But a recent distribution deal with James Cho of SideCho Records — a successful independent label in California — could put Anodyne on a much bigger map.

“Taking on distribution is a big deal,” Hulston explains. “It started off on the retailing end and really took off from there. He [Cho] just offered to get us going.”

He speaks in exact terms, responding to questions with definite answers. If the two men seated in this room are the two hemispheres of a bigger brain, Hulston is definitely the left half. Even visually, Phillips — a tattooed twentysomething with dark, tousled hair and boyish features — is the yang to Hulston’s yin.

Though they might share one or two personality traits, Phillips is clearly the romantic of the two. As lead singer and guitarist for the Architects and a founder of the now-defunct the Gadjits, it’s his night gig that fills a good portion of Anodyne’s roster.

“What are we titling me, John?” Phillips asks, contemplating his role in the fledgling company, which he joined full time in June 2005. “I guess you could say, in terms of how things are set up, I’m P. Diddy and he’s Suge Knight.”

Such irony is trademark Phillips. After enduring the Gadjits’ nationwide success and disappointing departure from RCA Records, he has learned to take his career in stride. He can even make light of a topic as important as Anodyne’s deal with Cho, a man he affectionately refers to as “the Korean Barry Gordy.”

“We had asked him [Cho] to help with the last Architects album,” Phillips says, explaining why SideCho would take a Midwestern start-up like Anodyne under its wing. “We had to develop a working relationship, and after copious amounts of liquor and charm, we were able to convince him that Kansas City was a booming music market that is ripe for exploiting.”

Like it or not, Anodyne’s business model is vaguely reminiscent of a former Kansas City label. Heroes & Villains Records, a pet project of local exports the Get Up Kids and the Anniversary, was swallowed up by Vagrant Records after the Get Up Kids signed with the emo powerhouse, releasing their first album for Vagrant in 1999.

Despite Anniversary keyboardist Adrianne Verhoeven’s brief stint playing with the Architects and the fact that Cho himself is a former Vagrant staffer, a comparison between the two labels is something Phillips would rather not make.

“We are not an artist-run vanity label,” Phillips says. “But we are an artists’ label.”

At the moment, that distinction is a little blurry. After all, Phillips is one-half of the label’s staff, and a quick visit to the Anodyne Web site proves that, with the exception of a single Hearers show, the Architects is the only band on the label with any upcoming shows listed. The band is even Anodyne’s No. 1 MySpace friend.

But Phillips insists that Anodyne isn’t just about his band and that the label’s yet-to-be-announced 2006 lineup will prove it. If anything, he says, fronting a band that’s already had a glimpse of the limelight has taught him how to do things right as a record label.

“We were just kind of disgusted with the whole process,” Phillips says. “We talked to dozens of labels with the Architects and with the Gadjits, and we’d never seen it done right. For everything they’d done right, there were 20 things done wrong. I always felt like I was dealt a bad deal.”

For Hulston, Anodyne might just be a dream come true, the eventual realization of years of dedication to a labor of love. For Phillips, it’s a chance to break into the big leagues again. But for both men, it’s an example of what good music and savvy business planning can do for anyone who truly wants to pursue it.

“There’s always sort of this attitude that’s pervasive in Kansas City, that only a handful of bands can be successful,” Phillips says. “But there’s plenty of success to go around.”

Anodyne’s next big move will be a showcase at the South by Southwest Music Festival in Austin, Texas, on March 17 at The Parish. The band will share the stage with three other labels: SideCho, Made in Mexico and Cheap Lullaby. Although the band lineup isn’t finished yet, Hulston says the Architects, Be/Non and his own band, Dark Circles, will definitely be there.