Crypticon calls Captain Spaulding himself to duty this weekend 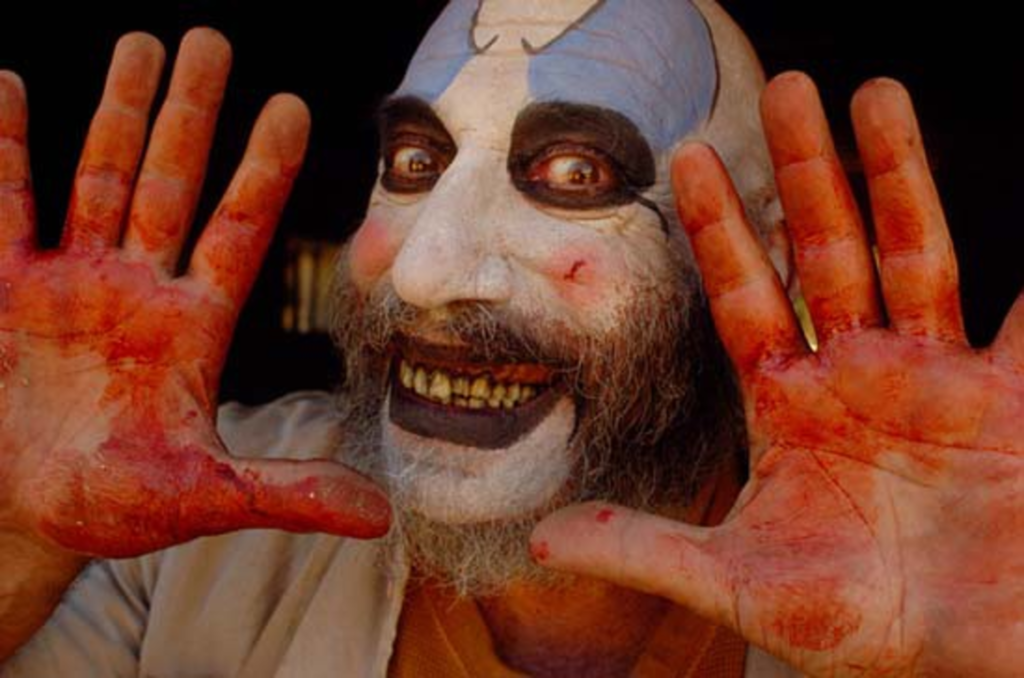 Sid Haig is pretty memorable. Everything about him presses on your senses, from his imposing 6-foot-4-inch height to the deep, soothing timbre of his voice. But it’s his work in horror movies that really shows – strike that – slaps you in the face and screams: I dare you to look away, asshole!

Yet the film industry somehow forgot Haig. That is, until another striking figure – musician and midnight-movie auteur Rob Zombie – put him back onscreen as a killer clown a decade ago. Now, at 74, he’s a genre icon and one of the lead attractions coming to Crypticon Kansas City Horror Convention this weekend.

“There are so many people that thought House of 1000 Corpses was my first film,” says Haig, who hadn’t acted in a horror picture for years when writer-director Zombie cast him (alongside Karen Black, who died last week) in his 2003 bloodbath.

Haig says he didn’t know why Zombie hired him until he attended the director’s wedding.

“I was there talking with his brother,” Haig says, “and he [Zombie’s brother] said, ‘This is so weird.’ And I said, ‘What, the wedding?’ And he said, ‘No, standing here talking to you. When Rob and I were kids, we used to wake up every Saturday morning and watch Jason of Star Command.’ ” The brothers loved the surprisingly high-budget, Saturday-morning, kids TV show.

“It used to scare the hell out of us,” Zombie’s brother told Haig.

“It just so happened that I kept popping up in all the kind of films that Rob liked to watch,” Haig says. “He said to himself, ‘If I ever get to direct a film, I want that guy in it.’ And that’s how it all happened.”

Haig traces his own affinity for horror to an obsession similar to the Zombie brothers’. “I must have been maybe 8 or 10 years old, and every Saturday, there was one of the classics. I grew up on Bela Lugosi, Boris Karloff. Those were my guys.”

“Once they got over the shock of that, everything was fine,” he says. No one else in his family had ever chosen an artistic path. As Haig puts it: “I was the only crazy one in the family.”

Haig spent time at the iconic Pasadena Playhouse, and he still cites a classic acting title – Acting Is Believing – as a foundation of his work. The lesson was right there on the cover. The book, Haig says, “was the greatest textbook on acting that had ever been written because you never had to open the book.” He adds: “That’s it, plain and simple: If I believe it, you’ll believe it. That’s what I go for in what I do: what it is that the character wants and how to go about getting it. And everything goes from there.”

It didn’t take long for his distinctive look to grab attention from lovers of weirdo films, critics and TV casting directors. In 1964, he was unsettlingly goofy as Ralph Merrye, the strange “brother” in Jack Hill’s Spider Baby. Hill hired Haig again for what would become a quintessential blaxploitation film, Foxy Brown. This time, he played a randy pilot yearning to get in Ms. Brown’s drawers.

But today, people know him as House of 1000 Corpses‘ straggly, sickeningly lovable, incredibly deadly Captain Spaulding. That movie, along with Zombie’s The Devil’s Rejects, a 2005 sequel, rebooted Haig’s career for a new generation of gore lovers.

He had been unable to find work in the genre for a long while. “It was during that time period where horror films were basically being looked down on,” Haig says. “The Hollywood elite didn’t think horror films were really marketable. I just waited around and did my work, and eventually I got to work in horror.”

Regardless of genre, though, Haig makes his choices based on the script. “Everything starts with the story,” he says. “I don’t always find one because reality strikes and you have to pay the bills, and so you pick something to do that I’d not normally want to do. But it’s just a matter of necessity.”

Haig also looks for directors who trust their actors. “I have been extremely fortunate in having been able to work with people who see the sensibility in what it is that I’m doing,” he says. “It works for them, and they just let me go. There are directors who get it, in terms of what their job is: to basically give the actor the director’s vision for what he wants. And then they just get out of the way and let you do your job.”

His resurgence has brought him other kinds of roles, too. “It’s great now because I’m starting to get work in things other than horror,” Haig says. “It’s like working in an auto plant where all you do all day long is screw in a dome light in a car, and you like your job and you want to keep it, and you like the people that you work with. But it certainly isn’t something that pacifies. I’m always up for the challenge.”

In fact, Haig hopes to one day direct a film about the Armenian genocide. “A full-blown production of that, I think, would really go over well, and the story is every bit as good as the story of Schindler’s List,” Haig says. “The material is there. It just has to be put on a page, and somebody has to be courageous enough to do it. I would direct in a heartbeat.”

This weekend, though, it’s about the fans. Haig has worked the horror-convention circuit the past decade, and he still likes meeting fans. “We are a bunch of gypsies, just traveling around,” he says. “It’s a good thing, and it keeps me off the street, and I love it. We have made really good associations with people along the way. These are people that I can genuinely – genuinely – call a friend. That’s important to me.”

Sid Haig and a mass of other horror talents are at the Crypticon Kansas City Horror Convention, August 16 – 18, at the Ramada Conference Center (1601 North Universal Avenue). For ticket information and times, see crypticonkansascity.com.