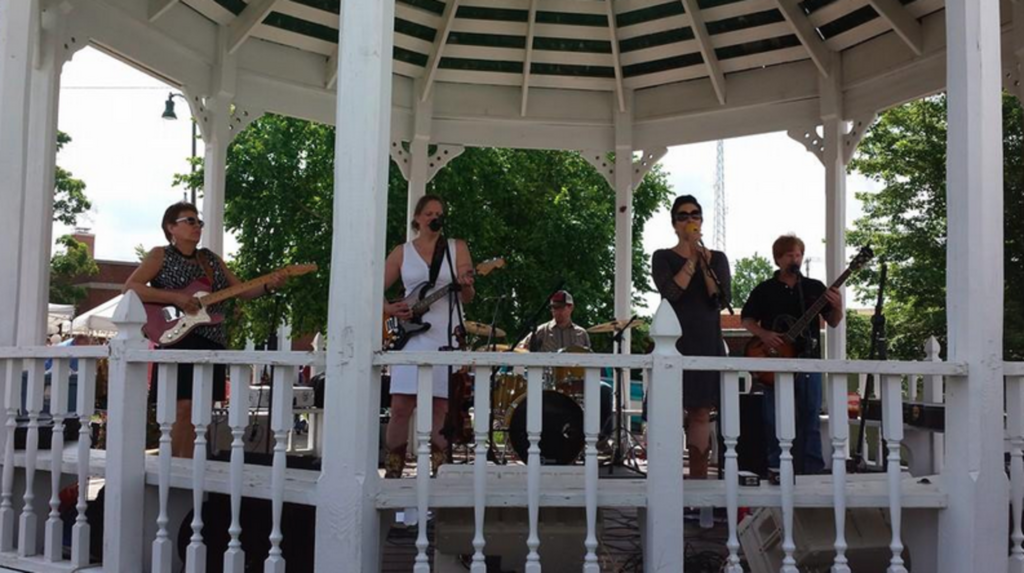 Back in March, country five-piece Crybaby Ranch celebrated five years together – but they were missing one key party favor. The band – which packs more fun than a drunken hoedown into its live set – had never recorded any music together. Finally, they’ve got something to show for themselves, with a debut full-length called Boom Boom Boom, which the band is releasing on Friday night at the Westport Saloon.

“We’ve been together for so long, so we figured that it was time to record something,” lead singer Kandi Kos says. “We’re totally local and don’t really travel, and we all have jobs and kids and stuff, but we have some original stuff that we wanted to get down.”

The songs on the new record have been amassed over the years, a collective of the songwriting efforts from Kos, guitar and mandolin player Lindy Griffith and fiddler and guitar player Susan Newton.

“The songwriting style between me and Lindy and Susan is pretty different,” Kos says, “But I think that all of us would say that this band provides us with a great creative outlet, because we all do have day jobs. We all have a different style that we get to bring to the table, and there’s no drama. It works for us.”

For Kos, she’s looking forward to finally having something to show for the project she’s dedicated her energy toward for the last half decade.

“I went to school for music in the late ’90s, and obviously never did anything with that, career-wise,” she says. “I’ve been in choirs and musicals and operas all throughout college, but once real life sort of hit, that sort of dropped by the wayside. So five years ago, when Lindy approached me and was like, ‘I hear you can sing,’ things felt right. We got together and worked out some songs and brought the band together, and it clicked.”

Kos adds that though Boom Boom Boom isn’t available for streaming online, Little Class Records – which is releasing the record – will be coordinating the band’s online presence.

Kos and the rest of Crybaby Ranch will celebrate the release of their debut album on Friday, May 1, at the Westport Saloon. Details on that show are here.