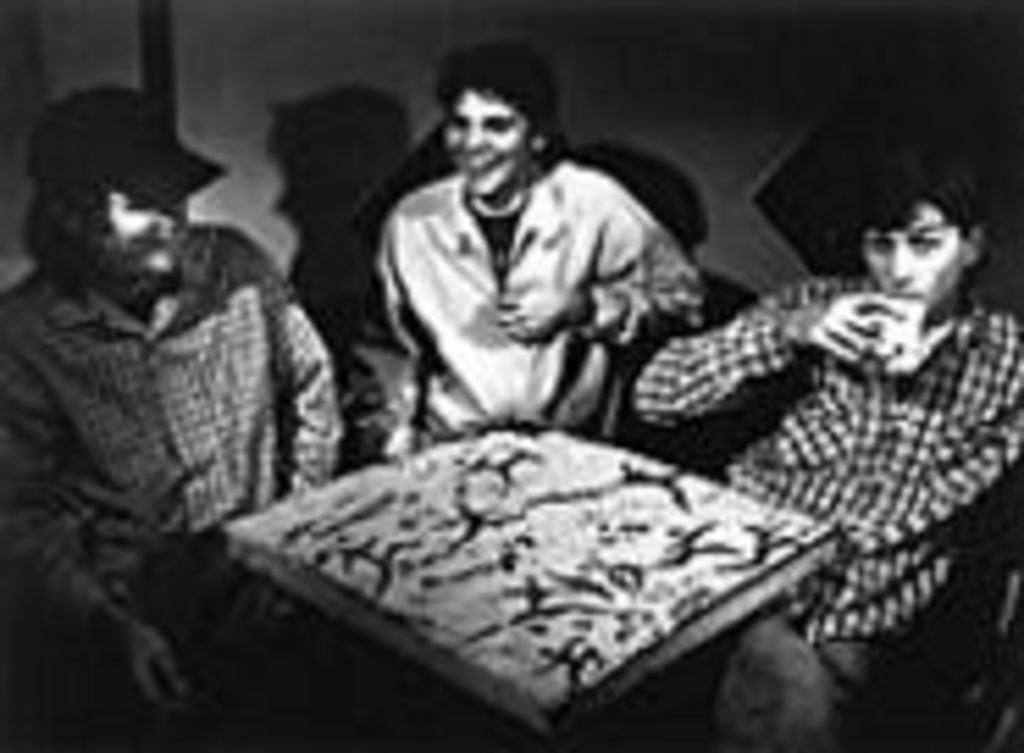 It’s been a decade since Uncle Tupelo released its major-label swan song, Anodyne. In the passing years, the Belleville, Illinois, band’s two frontmen — the sullen, grieving and earnest Jay Farrar and the eager, hoarse and earnest Jeff Tweedy — have seen an entire genre, called “alternative country,” emerge in their wake while they’ve each gone on to new projects and greater fame than they ever knew in their original incarnation. Yet it just might turn out that neither of them will ever make music as lasting as they did together.

Uncle Tupelo made only four albums, all of which have recently been reissued. At least two of them are frustratingly inconsistent. The band’s Rockville debut, 1990’s No Depression, suffers from Tweedy’s then-undeveloped songwriting skills and from too many pat whiskey-bottle references; the all-acoustic folk-rock of March 16-20, 1992 would be a better idea at half the length. But the several great moments on both of those albums, and the finest examples of the more conventional country-rock collected on Anodyne — as well as every blistered track of the band’s 1991 masterpiece, Still Feel Gone — sound like no band before Uncle Tupelo and very few since. Combining influences from Crazy Horse and Gram Parsons, X and Hüsker Dü and the Minutemen to scratchy 78s by the Carter Family, the band romps and stomps, stops and starts, lurches and flails, moving from hushed pedal-steel passages to furious punk rock. It’s an innervating din that makes you want to scream, drink and drive very fast to somewhere better than wherever you are.

Even so, there was a fatalistic quality about the band — a grim determinism that was all the more troubling because the group’s sound was so uniquely thrilling and muscular. Uncle Tupelo was certainly not the first punk band to see no future for you or me. Yet when the Sex Pistols made that prediction, Johnny Rotten screamed it with all the fragged-off energy he could muster; indeed, it was Rotten’s anger that energized him.

Uncle Tupelo espoused a similar hopelessness, but Farrar and Tweedy never came off especially pissed about being born to lose. Rather, they were resigned to their lot, too depleted by assembly-line sickness and by the crushing gravitas of their own power chords and of drummer Mike Heidorn’s drill-press beats to get really good and angry. It’s emblematic that the band’s most furious-sounding numbers — “Gun,” from Still Feel Gone, is the most indelible example — tend finally to collapse into a whipped-and-spent slow motion. Falling down, Tweedy notes in “Watch Me Fall,” was the one thing they were damn good at.

At the same time, the group resisted a full descent into nihilism. Tupelo’s songs were often quite politicized: This Trickle-Down theory’s left all these pockets empty, from Farrar’s alternately raging and moaning “Postcard,” is an impressive single-sentence summary of Reagan-Bush factory-belt misery. The group even indulged flashes of radicalism; on March 16-20, Farrar sings a traditional number called “Coalminers,” in which he dares speak the unspeakable: Let’s sink this capitalist system to the darkest pits of hell. Yet even there, the overall effect is beat-down and romantic rather than being a deliberate call to arms. Farrar’s voice sounds world-weary, his guitar like fate, and there is no power in that union.

Even the band’s sharpest (most human) moments of insight and resistance wound up passive. On the nonalbum single “Sauget Wind,” Farrar is incensed that chemicals have poisoned his town’s air and soil, but his primary reaction is just to wonder why [he’s] even breathing. It makes sense, in this context, that Tupelo started out covering the Carter Family’s long-suffering “No Depression,” the original subtitle of which is “(in Heaven).” In other words, in the Tupelo catalog, it’s never that nothing matters; it’s that there’s nothing to be done. Nothing, that is, but to keep keeping on, a posture that affords its characters some manner of transcendence, however minimal. Far more than an occasional country cover, mandolin fill or pedal-steel lick, this weary point of view is what made the band alternative country. Or, rather, it was this stunted sense of the genre’s emotional range that the band and many fans apparently saw as the essence of its countryness.

It’s been joked of other important cult bands, like the Velvet Underground and Big Star, that not many people ever bought their records but that every one of those record buyers proceeded to start a band. Not many people bought Uncle Tupelo discs, either, but most of them seem to have become freelancers for No Depression magazine (for which I write); the band’s influence has been largely extra-musical, inspiring fanzines, list servers, message boards and indie labels at least as often as actual imitators.

The Uncle Tupelo Sound was of two basic types. First, there was a post-punk, straight-up-and-down version of the Tennessee Three’s boom-chuck beat; this approach was not especially original (Jason & the Scorchers and Rank & File, among many others, got there first), and, at any rate, Uncle Tupelo had abandoned the sound by its second album. Still, this quickly tiresome style (in live settings, it’s usually accompanied by someone yelling “yee-haw!”) seems to have inspired more forgettable “insurgent country” acts than anything else Tupelo ever did.

More impressively, the band also patented a dynamic, lurching, twangy din that was the perfect setting for its tales of blue-collar dissolution and woe. It was a thrilling and distinctive sound, but one that has inspired surprisingly few disciples. Not counting Tupelo spin-offs Son Volt and Wilco, and besides Blue Mountain and Whiskeytown (both defunct), what even marginally significant band has mined the sound of “Graveyard Shift” or “Gun”?

If the concept of “alt-country” hadn’t broadened to include retro honky-tonk and swing, bluegrass, other varieties of Americana and just plain old rock and roll, the movement would have expired long before Tweedy and Wilco plugged in their synths. Uncle Tupelo’s real musical impact, for better and for worse, is hard to identify specifically, coming down mostly to a persistent if vague tone of dead-end disaffection and the long-since predictable use of twangy color instruments.

Still, though its musical influence is, at present, narrow and not even very deep, Uncle Tupelo put down strong roots. Indeed, it’s the band’s grounding in a specific time and place that might be its most attractive quality, and ultimately its most enduring and most country qualities, too. The group’s brief catalog is sprinkled with titles — “Chickamauga” and “New Madrid,” “Sandusky” and “Factory Belt” — that evoke the sprawling Mississippi River basin. And Farrar’s and Tweedy’s songs consistently convey the way it feels to be trapped in small towns and working-class suburbs where, during the early ’90s as well as today, there are few decent jobs and little imagination for change — except in the individual desire, as Jay Farrar phrased, to keep “Looking for a Way Out.”

Or not. Don’t call it nothing, Tweedy implores on Still Feel Gone, surveying his home and his dull prospects. This might be all we’ll ever have. That’s hardly a hopeful sentiment, but it’s not a despairing one either. Between hope and despair, between a land of paradise … [and] a land of pain, is where most of us live, after all, and it is precisely there that Uncle Tupelo got very drunk, dug in its heels and made a last noisy stand.