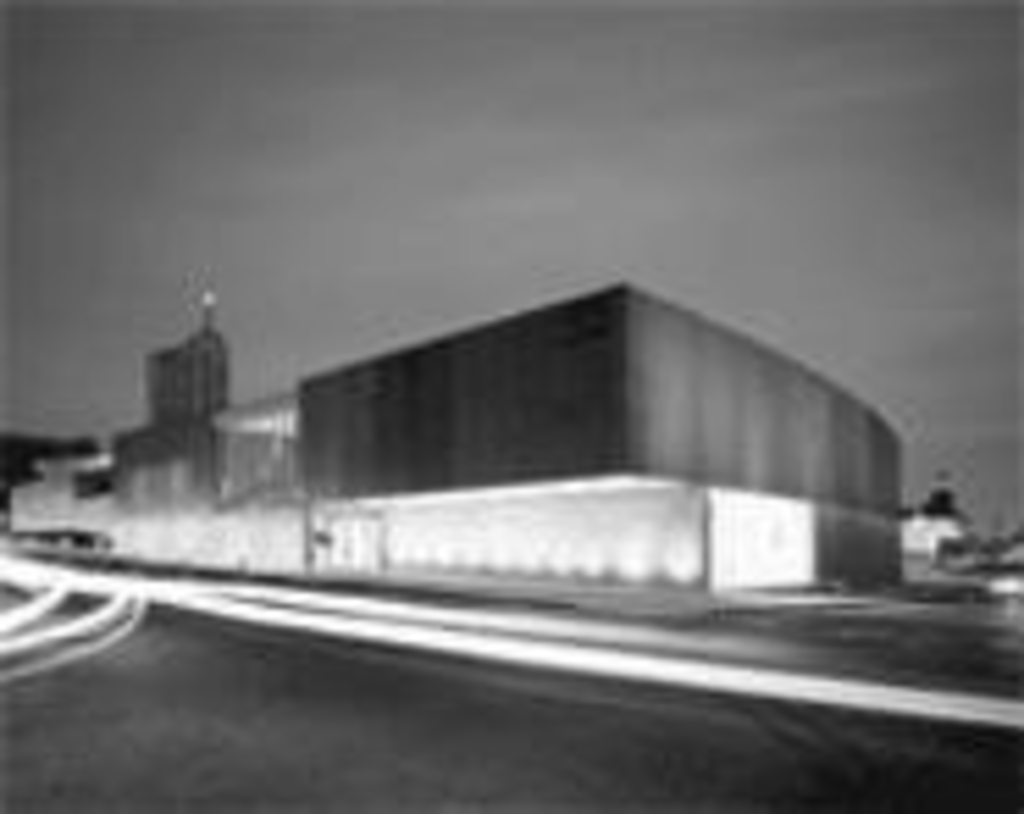 This year marks 20 years since the World Series that seems to have cemented Kansas City’s arch-rivalry with St. Louis. Maybe some bad calls were made. We can’t rightly say — we were, like, 8 years old at the time. But, hey, guess what? We won. Kansas City. Won. Who won? We won.

Anyway, as we were saying, now that two decades have passed, shouldn’t we begin making peace with our brethren in St. Louis (sore losers, all of them)? We suggest starting small, with perhaps a summer road trip.

The drive along eastbound Interstate 70 (a trip that takes only three hours and 57 minutes) is not known for its pleasures. But its pleasures are many, and we intend to extol them.

The Elvis Is Alive Museum

We know what you’re expecting here. Hours of operation. And for that reason, we transcribed the sign on the door just for you: “Hours of Operation: Open most days at about 9 or 10, occasionally as early as 7, but sometimes as late as 12 or 1. We close about 4 or 5, but sometimes as late as 11 or 12. Some days or afternoons, we aren’t here at all, and lately I’ve been here just about all the time, except when I’m someplace else. But I should be here then, too.” You don’t need to carve out a big chunk of time for the visit. A few minutes is all you really need — or probably want — to spend in this place. It’s small, and it smells as though it contains cigarette ash older than the King himself. But it’s worth stopping in to consider things from the perspective of one who really, truly, sincerely believes that Elvis is alive. The museum display includes a coffin with a pompadour-wearing mannequin inside it, a slew of references to “Lisa Marie Presley” (always in quotation marks), a list of the top ten reasons to doubt the King’s death, and lots of yellowing newspaper articles.

This was our first stop in St. Louis proper. Upon exiting from the highway, we were immediately struck by how much more truly urban St. Louis feels than Kansas City. Once parked, we entered a beautiful, modern, natural-beige building (designed by Brad Cloepfil) with lots of sun coming in through gigantic windows positioned to avoid casting light directly on the art itself. Clever, huh? Housing only temporary exhibits to keep things fresh, the museum contains no permanent collection and instead holds up to four high-profile shows at a time. The gift shop — Muse — is well-stocked and contains items by local and national artists. Yoshitomo Nara yo-yos are shelved alongside cards by the St. Louis-based Firecracker Press (St. Louis’ answer to Kansas City’s Hammerpress). The café, Tempt, sells artfully named paninis and salads. The art on display during our visit (and through May) was as amazing as the building — in particular, the Los Angeles-based Ruby Osorio’s Story of a Girl (Who Wakes, Far Away), with its elaborate, unframed tableaux literally overflowing onto the walls. Once we realized that the handful of people silently following us with their eyes were plainclothes guards (and not just total weirdos), we relaxed considerably, newly confident that we were not starring in the opening scene of a zombie movie. What a relief. The museum is open Tuesday through Sunday, with extended hours and free admission on Thursdays. Regular admission is $5 for adults, $3 for students and seniors with ID, and free for children 12 and younger. 3750 Washington Boulevard, 314-535-4660, www.contemporarystl.org.

This place is truly what it purports to be — an “open-air museum.” The art displayed here is big. You can even walk inside some of it. Midwestern weather patterns being what they are, some days are better than others for visiting this museum, but St. Louis natives — who get to see the art in all weather — are the lucky ones because so many of the sculptures change with the position and intensity of the sunlight. Unlike indoor museums, where everything but the visual side of the art is controlled, this outdoor museum welcomes a variety of sensory experiences, including smell. That’s right. You can smell the art. One piece, Jackie Ferrai’s Laumeier Project, smells distinctly like soda. Or is it pop? Open daily from 8 a.m. until half an hour past sunset. Indoor galleries and a museum shop are open from 10 a.m. to 5 p.m. Tuesday through Saturday and from noon to 5 p.m. Sunday. 12580 Rott Road, 314-821-1209, www.laumeier.com.

Imagine what the Powell Gardens would be like if they were located in the most bustling part of Kansas City’s downtown. You are only beginning to picture what it’s like to walk through a gate separating a busy St. Louis street from the lush, green Missouri Botanical Garden. In addition to the winding paths that lead visitors through outdoor mazes of flowers, plants and trees, there are several special indoor nooks: a tea garden inside a greenhouse, displaying the flowers whose petals and leaves are more frequently seen in teabags than sprouting from branches; a Climatron, which contains a sweltering tropical garden-in-a-bubble; and the Tom K. Smith gazebo, made of red cedarwood, from which visitors are encouraged to observe wildlife. Because the Climatron is not the only place where intense heat is likely to be experienced, we’d like to alert you to the English Woodland Garden, which is primarily a shade garden. Open 9 to 5 daily and until 9 p.m. Wednesdays Memorial Day through Labor Day. Admission is $7 for adults, $5 for seniors and is free for children 12 and younger. 4344 Shaw Boulevard, 314-577-9400, www.mobot.org.

The only rule posted on the door of this museum is no guns allowed. As long as you have $5 and no gun, you’re in. This place is great — an obsessive and comprehensive ode to dogs and our relationships with them. The art ranges from traditional paintings of various dogs sitting and lying on area rugs to more bizarre paintings of, say, six bulldogs standing ominously in a row or a bull mastiff who appears to be lifting a back leg. From ancient jade sculptures of pugs to Central American sculptures of dogs wearing people masks, the art in this museum spans all genres. In addition to art, the museum contains the Dog Hall of Fame, acknowledging the accomplishments of canine companions both heroic and entertaining. Homesick Kansans can learn the true identity of Toto — whose real name was Terry and who had to overcome extreme shyness to appear on camera doing such things as fighting flying monkeys. (She was paid a handsome $125 a day for her efforts.) Other Hall of Famers include Lassie (whose real name was Pal and who knew — instinctively — when to be “sad” or “exhausted”), the Beagle Brigade (used in customs to protect us from foreign pests) and the golden retrievers who went into Oklahoma City’s Murrah Federal Building in 1995 not only to pull out victims from the rubble but also to comfort rescue workers and families of victims. Open from 10 a.m. to 4 p.m. Tuesday through Saturday and from 1 to 5 p.m. Sunday. Admission is $5 for adults, $2.50 for seniors and $1 for children ages 5 to 14. 1721 Mason Road, 314-821-3647.

Hitting Bailey’s Chocolate Bar is imperative for anyone staying overnight, but not so much for anyone getting right back in a car. Drunkenness combined with a sugar-and-caffeine high does not a safe driver make. A happy person? Sure, but not a happy person qualified to operate a motor vehicle. The Chocolate Bar is a veritable mecca for the dessert-drink lover. With an exhaustive chocolate-martini selection as well as a handful of other chocolatey concoctions — including an oh-so-tempting scoop of cinnamon ice cream dunked in a tall glass of chocolate stout — the menu sends cravings into overdrive, making it nearly impossible to decide what to order. Add to that an insanely decadent dessert menu, and there is no way you’re leaving without overdoing it. Please note that “it” could be alcohol, chocolate or both. We went for the “adult” espresso, in honor of the adult shops that would be spotted throughout our drive home the next morning, and opted for the outdoor seating. It is summer, you know. Viva la St. Louis! Open from 4 p.m. to 1 a.m. Tuesday through Saturday. 1915 Park Avenue, 314-241-8100, www.baileyschocolatebar.com.

This museum was created to be an oasis for people traveling between Kansas City and St. Louis. The bulk of the collection is made up of works created since the mid-20th century and is so impressive that it earned a New York Times profile the first year it was open. Temporary exhibits viewable at the Daum this summer are a solo show by abstract sculptor Jim Shrosbree (opening June 11) and another by ceramist Ruth Duckworth (opening July 30). 3201 West 16th Street in Sedalia, 660-530-5888, www.daummuseum.com.

A 32-foot section of the now-dismantled Berlin Wall is viewable in Fulton. Berlin to Missouri is a pretty long trip for a wall. Best-traveled wall you’re likely to meet ’round these parts. 501 Westminster, 573-642-3361.

If you’ve driven to St. Louis, you must have wondered about this place, with its huge banner making its bizarre name known to drivers from miles away. Yes, it contains a wedding chapel, with history rooted in an Osage Indian legend involving a woman named Wasena who was held captive in the cave by a suitor she did not want to marry. (Her story ends in a dramatic leap to death; the friend with whom she’d fled, however, decided to return — for her own wedding — to the cave where she and Wasena had been imprisoned among stunning stalactites.) Worry not, commitment-fearing road trippers. You don’t have to get married to enter. The Bridal Cave also offers scenic cave tours daily, a rock shop and a gift shop. You can’t miss it, but because those are such famously misleading words, we’ll give you the info: 526 Bridal Cave Road in Camdenton, 573-346-2676, www.bridalcave.com.

Located in downtown Columbia, the Ragtag CinemaCafé is just … well, let’s just say we wish we could have one in Kansas City. Serving wine, beer and fresh, local organic food prepared at the affiliated Uprise Bakery, this arty movie house is delicious. The café opens at 5 p.m. weekdays, 4 p.m. Saturdays and 1:30 p.m. Sundays. The movie theater is a nontraditional space for film, with seating consisting of couches and chairs set up in rows, all on one level. It doubles as an art gallery to showcase mid-Missouri talent. Get updated gallery and film-schedule info at www.ragtagfilm.com. Summertime travelers might consider planning trips to coincide with the Flat Branch Outdoor Cinema Series (co-sponsored by Columbia Parks and Recreation), which screens School of Rock on June 11, The Incredibles on June 23, 50 First Dates on July 13 and E.T. on July 30. 23 North 10th Street, 573-443-4359.