Crude Oil, a short film from Kansas City’s Christopher Good, is screening at this year’s Sundance 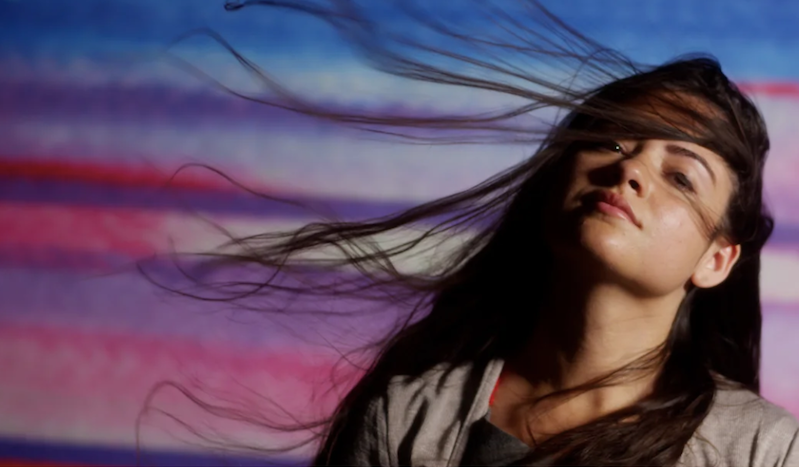 This year’s Sundance Film Festival — which opened last week and runs through the end of this week — reported a record-high 14,259 submissions from 152 countries.

Of those, 73 short films were accepted.

One was Kansas Citian Christopher Good’s wild expressionistic comedy Crude Oil, about a young woman with a useless superpower who is stuck in a relationship with a controlling friend. Shot in Kansas City, Lenexa, Olathe, and Lawrence, it just premiered in Park City this past weekend. Good has been making films and videos in and around Kansas City for years now. You might recognize his name from directing music videos for indie acts like Mitski, Okkervil River, and Joyce Manor, as well as performers with KC roots, like SSION and Kevin Morby.

I caught up with Good, who wrote and directed the film, and producer-actress Andreina Byrne (who’s also from KC but currently living in Austin, TX) after the third of their four screenings of Crude Oil at Sundance.

The Pitch: What are your quick impressions of the Sundance experience, while you’re still in it?

Good: The first time I came to Sundance I volunteered, which you can do. The next time, I was a spectator. And our last short film (2017’s Brad Cuts Loose) premiered at Slamdance, which is the scrappier, more indie festival held currently with Sundance. So this is my fourth time in Park City, but this is the first time we’ve had a film here and it’s been great — wonderful, semi-whirlwind-ish — but in a really good way. People seem to be responding to the film, so it’s been very exciting.

How did you get into making films?

Good: I just started on my own, making a short film, having it fall apart, and through trial and error, figured out how to make films. People started asking me to make music videos after I did a couple shorts, and it hasn’t let up.

Good: Yeah, I just did it on my own. I think it was partly a compulsion more than anything. 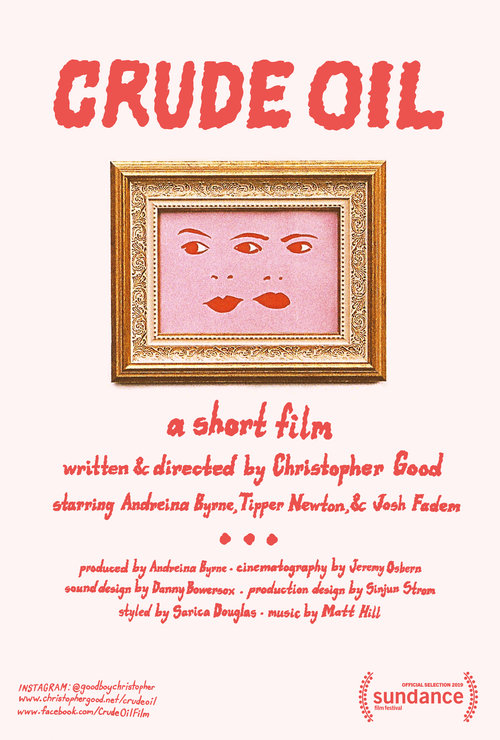 You each met around three years ago, and have developed a close group of collaborators [including director of photography Jeremy Osbern and sound designer Danny Bowersox from Lawrence].

Byrne: The cool thing about all of us working together is that everyone picks up the slack and does whatever Chris needs us to do. Everyone understands that because it’s such a small crew, we’re going to have to work a little bit harder, longer, and suck it up because we all have the same work ethic. We understand how much we’re going to put into it in order to get what we want out of it.

Crude Oil has a real anarchic spirit — so much information is gotten across so quickly. It’s expressionistic, and you explore the inner thoughts of your characters with an energetic and unique visual style. Any idea where that comes from?

Good: Thank you. Maybe that comes from being a bit alone on an island at first, you know? I never went to other film sets. It’s hard to say whether it’s some bold stylistic choice or — maybe you could argue that the style I’m doing is just “eager to entertain.” And maybe because that’s less confident than someone who makes super-slow movies. It’s hard to say. I’m not trying to be self-deprecating. I like the movie. [pause] I just make what I want to see, really.

Where did the idea for the premise come from?

Good: The initial idea came from the central relationship, which is a somewhat common dynamic between friends. It seemed like rich territory to explore. Then within the film, there’s an element of — for lack of a better term — superpowers, I guess. That came from an earlier script I’d scrapped, but it found its way into this one. Combining the two seemed interesting, especially when portraying a common, grounded relationship and applying this aggressively stylized filmmaking on top of it.

How did Andreina come to be not just the producer, but the star?

Byrne: At first, I was just going to produce it, because Chris was excited about it and it sounded fun, but it just made sense since I had been in so many of his music videos. It was two jobs, but it was two good jobs. I was nervous at first, but then it just made sense to do both at the same time. I was already there, so…

There’s a great late-stage reveal from another character that made me question the world Crude Oil is set in, and whether everyone has the ability to manifest their own superpower. Is that possible?

Good: You raise a good point. You might wonder what else is going on. What was interesting about it to me was that it seemed natural that the more controlling friend would never allow the friend that she keeps under her thumb to have anything that she doesn’t have. It could be reflecting how artists can feel when they think they have something inside of them, but it could feel useless in their life. Those two ideas are connected somehow.

The ending is very strange and could be interpreted many different ways. How did you get the idea of the scene across to your crew?

Good: Whatever people take from it is great. No one asked about it. The upside of working with people you know really well is that we never talked about it.

One of the laugh-out-loud moments is the scene where Andreina’s character suddenly conjures the smell of cat shit. How’s that going over?

Byrne: People are really into it, which is funny because we really did use real live cat shit for it. So that’s kind of nice that the payoff in the end feels good because our bare hands were touching Chris’s cat’s shit.

Good: There you go — that’s a great example of the multi-tasking that took place on set!