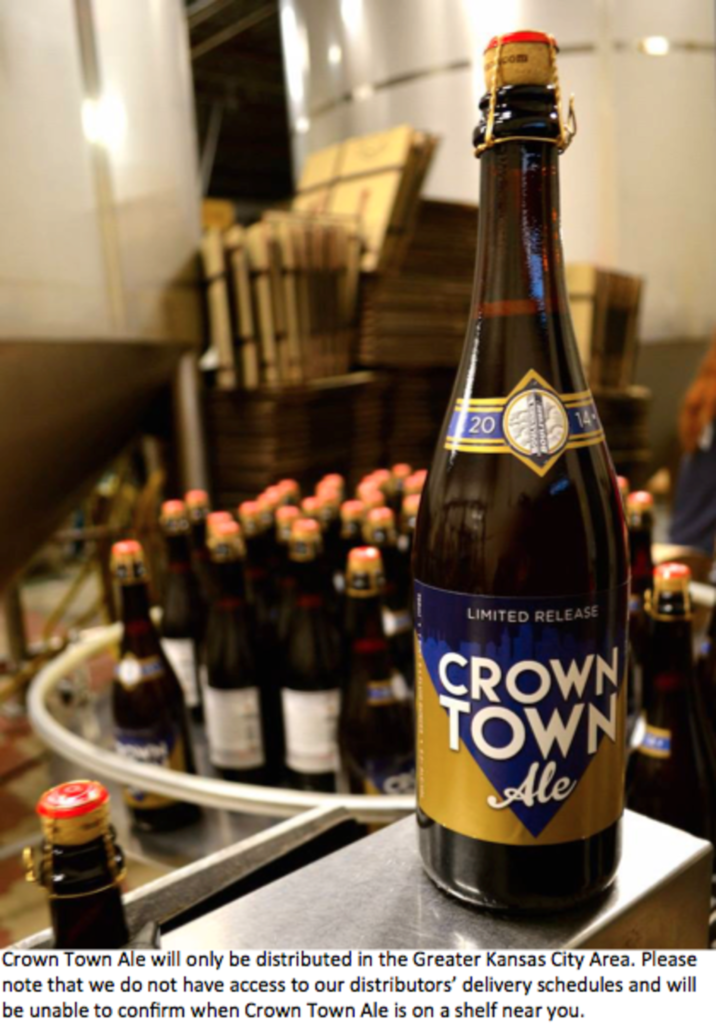 Boulevard announced the date today on social media: “We’re very excited to share that Crown Town Ale will begin hitting shelves in the Greater Kansas City Area starting on Tuesday, December 16th. Please note that we do not have access to our distributors’ delivery schedules and will be unable to confirm when Crown Town Ale is on a shelf near you. Distribution of Crown Town Ale is limited to the Kansas City area and will not be available in other regions.”

Last week, Boulevard brewmaster Steven Pauwels told The Pitch that the blonde ale, which he described as more of “a copper, golden color,” was packaged and in bottle conditioning and expected to be out by Christmas.

Boulevard has produced about 3,000 cases of Crown Town Ale.