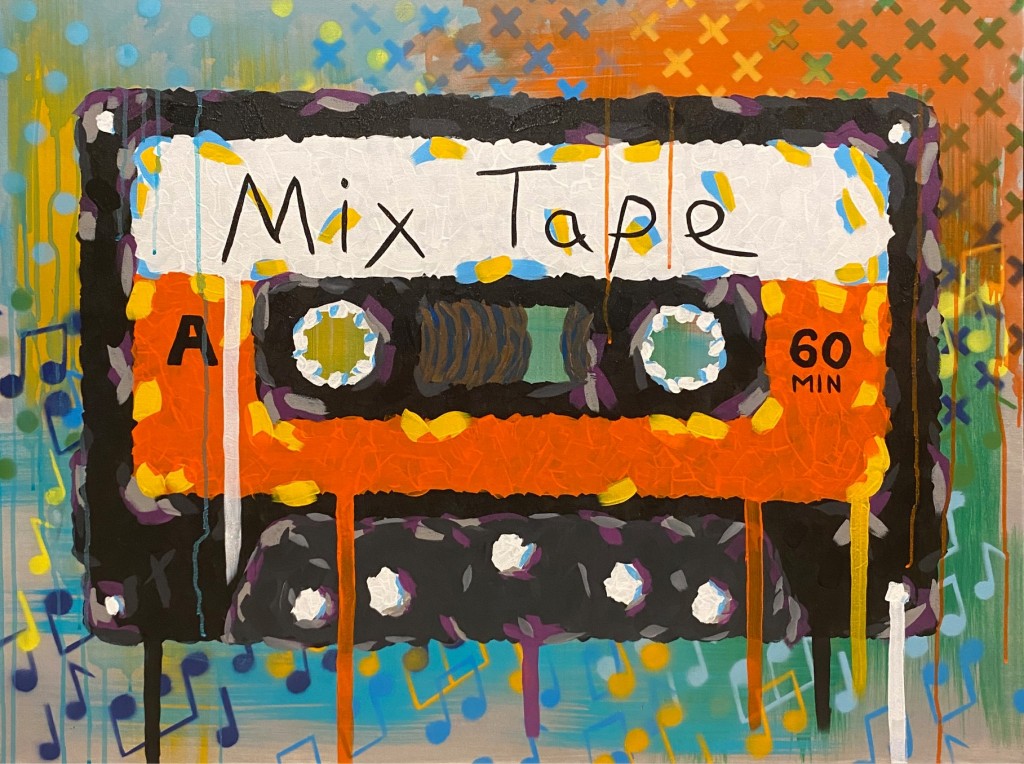 When St. Louis resident, David Ruggeri, isn’t working as an associate teaching professor of health sciences at the University of Missouri, he’s painting. Ruggeri, who began painting when he was around 3 years old, has made time for art no matter what he is doing. Over the years he has worked as a bartender, police officer, and banker as well as acquired a PhD, MBA, and Master’s degree in Applied Economics.

Recently, Ruggeri has slowed down a little to allow for more painting time and has had his work shown in art galleries in places such as St. Louis, Miami, and Colorado. His next feature will take place at The Jones Gallery in the Crossroads [1717 Walnut St.] where he will join other artists in a group show. The gallery is open for visitors 10 a.m.— 6 p.m. and the exhibition begins March 3rd and will last until the 25th.

“My work is heavily inspired by graffiti culture,” says Ruggeri, “Specifically the movement, colors, and style. I like to pull in inspiration from my predecessors such as Keith Haring, Cope2, and Kaws, always making sure to use a lot of color, patterns, texture and ‘pop.’ My paintings are always bold and bright, when you walk in a room, they’re usually one of the first things you’ll notice.” 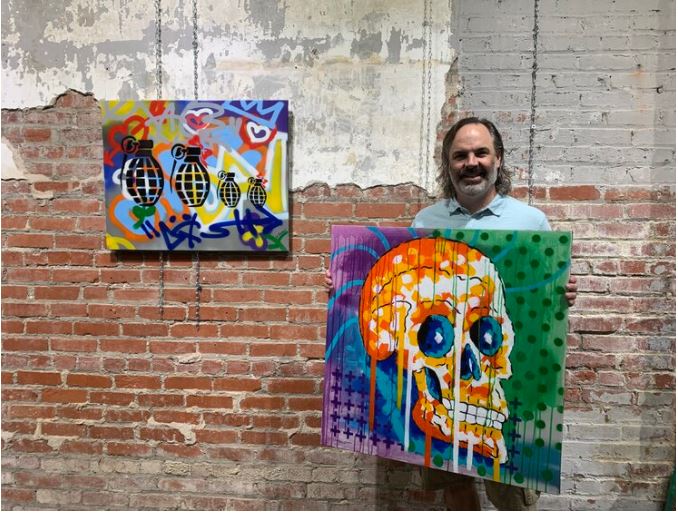 David and his work. // David Ruggeri

In addition to Ruggeri’s passion for bright pops of color and featuring lots of texture and pattern, David strongly admires nature and conservation. He often incorporates animals into his artwork to raise awareness of endangered species. 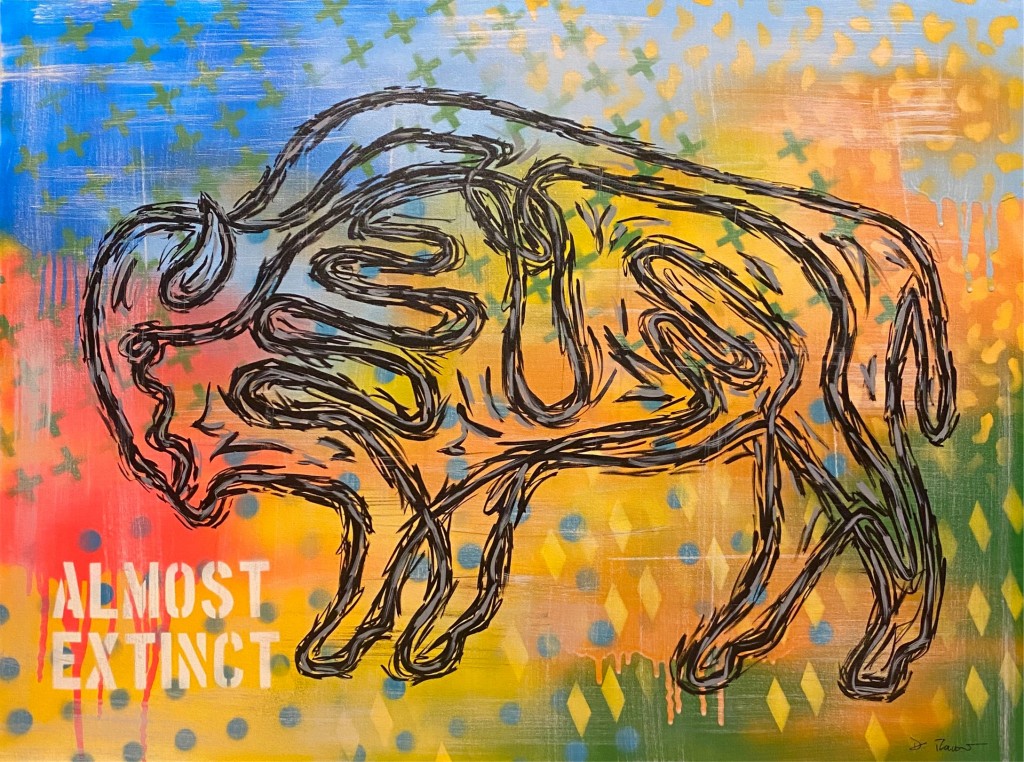 “There are so many species of animals that are endangered or extinct due to overhunting, loss of habitat and other contributing factors that can easily be avoided,” says Ruggeri. “And if I can bring attention to that through my paintings, even if it’s only to one person, I consider that a win on my end. I’ve also made sure to donate to benefit many charities over the years, including: The World Wildlife Fund, The Wild Bird Sanctuary, and animal rescue clinics.”

One of Ruggeri’s favorite pieces that will be on display at The Jones Gallery, titled “Rhino”, addresses endangered species. Ruggeri spent a year perfecting the painting, and is excited for visitors to see it in the show.

“The painting tells a powerful message that many are not aware of;” says Ruggeri, “Few rhinos live outside of national preserves due to poaching and reduction in habitats. Western black and white rhinos have recently become extinct, and several other species are critically endangered. My hope with this painting is to not only showcase the beauty of these animals, but to bring attention to their plight.”