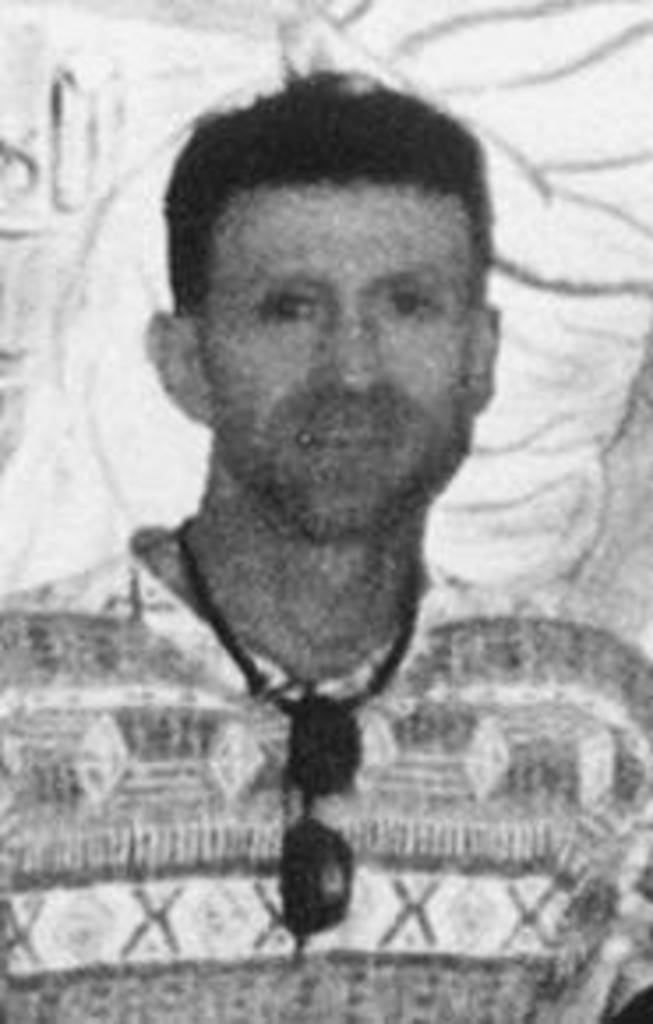 A few weeks ago, Royel Griffith stacked a police report, her brother’s autopsy report and several newspaper clippings about his murder into a neat pile. For a long time, Griffith had planned to send the reports and a picture of her brother to producers of America’s Most Wanted, a national television show that helps crack unsolved murders, but grief derailed her efforts.

“Every time I tried to pick out one of his pictures to send, I couldn’t do it because it was so hard,” says Griffith, who believes that her brother, Gary Raynal, was murdered because he was gay. Eventually she selected a photograph and mailed the packet, hoping to bring national exposure to a murder that has stumped local police.

On August 25, 2001, a Friday night, Gary Raynal walked alone to Kennedy’s Bar in Kansas City’s Waldo neighborhood, where he drank for several hours. After closing, the bartender herded Raynal and other stragglers into the rainy night. Witnesses saw Raynal get in a white pickup truck that stopped beside him. The next morning, a woman at a Leawood, Kansas, apartment complex found his brutally beaten body.

Raynal’s body lay crudely posed in a manner suggesting that he had been sexually tortured. The 44-year-old man’s pants and underwear had been pulled down to his thighs, and one end of a 17-inch length of metal rebar was in his anus. Part of one ear had been burned. The hair on his head, arms and chest was singed, and his clothes reeked of fuel. Bruises covered his head and upper body.

Sandra Sheppard, who traveled to Kansas City from California to claim her brother’s body, immediately suspected that Raynal had been the victim of a hate crime. Sheppard shared her suspicions with a Kansas City Star reporter, who then raised the issue in a newspaper article. The following day, however, a spokesperson for the Leawood police department quickly dismissed the hate crime theory. Raynal likely knew his killer, Leawood detectives believed, and was not the victim of random violence. His friends believe otherwise.

Raynal made no secret of his homosexuality, says one of his friends, who prefers to remain anonymous while the killer remains loose. He suspects that whoever attacked Raynal with the metal rod did it because Raynal was gay. Raynal often was openly affectionate with strangers when he’d had too much to drink, he says, and may have made unwise advances toward someone. According to the autopsy report, acute alcohol intoxication and head injuries from a beating contributed to Raynal’s death.

“Gary was flamboyant, and his speech was campy,” the friend says. “Unless you were really clueless, you would figure he was gay. He wasn’t terribly effeminate, just comfortable with himself. When Gary drank, he would reach out too quickly. He would get touchy-feely.”

Last May, Raynal met a man at a Westport bar on a Sunday afternoon and brought the stranger home with him. “Gary passed out, and this guy stole his truck,” recalls the friend. “I told him he was lucky that he didn’t get beaten up or end up in the hospital.”

Six months after Raynal’s murder, police still have no suspect in custody. Labeling Raynal’s murder a hate crime before an arrest is made would be premature, Sergeant Scott Hansen of the Leawood police department told the Pitch recently.

“We obviously have to keep an open mind. Sometimes crime scenes are staged to make them appear to be something they’re not,” Hansen says. “It may just simply be a staged scene to throw us off track.” Hansen says he and his detectives have talked to hundreds of people in the investigation. Sheppard still insists that her brother was a victim of antigay violence.

Raynal moved to Kansas City from San Francisco five years ago. He worked as a waiter at several restaurants over the years. He planned to move to Orlando, Florida, to make a new start in a warmer climate.

“Gary had already written a birthday card to me, saying that in a couple of weeks, he was moving to Florida,” says Griffith, who found the card among her brother’s belongings after his death. In November of last year, Griffith and the rest of Raynal’s family in California scattered his ashes into the Pacific Ocean at Half Moon Bay. “Now [Gary] is gone forever, while one or more murderers are roaming around, having the freedom to murder again,” Griffith wrote in her letter to America’s Most Wanted.

Immediately after Raynal’s murder, a squad of 22 investigators from police departments throughout the Kansas City area interviewed residents of the apartment complex and witnesses from the bar. They located a truck that matched the description given by witnesses. But that squad disbanded after a few days, and since then the investigation has barely seemed to proceed at all.

“We’re hoping, waiting on DNA testing from items collected from all of the crime scenes,” Sergeant Hansen told the Pitch in late November. More than twenty samples from the crime scene were sent to the Johnson County crime lab for DNA testing. Last month, those tests were finally completed but yielded no results linking suspects to the murder.

The Leawood police department has little experience investigating homicides. “We don’t have many of these types of serious crimes [in Leawood],” Hansen says. “The most homicides we’ve ever had in one year is two.” Those few homicides were solved, he says, and Raynal’s case will remain open until it too is solved, although Hansen admits that the search for a suspect becomes more difficult with each passing month. “The closer it is to the event, the better and fresher people’s memories are,” Hansen says.

“At first, I was very hopeful,” says Griffith of the investigation into her brother’s death. “[Police] seemed to know who it was that killed him. Then [the metro squad] disbanded, and they passed it on to Leawood, and then it died.” Griffith and her family hope that someone will come forward with clues leading to an arrest.

“I called [one of the detectives] in December and asked him if it would affect the investigation if I sent this packet [to America’s Most Wanted],” says Griffith. “He said, ‘We’re pretty much at a dead end, so anything would help.”

Her letter to the crime show reveals her family’s frustration: “Gary’s family has been patient, but our confidence in the Leawood police department is fading. We have allowed them months to make an arrest, and we can no longer be silent.”