GOP leaders are hopeful the in-fighting that has defined the 2022 session is behind them. 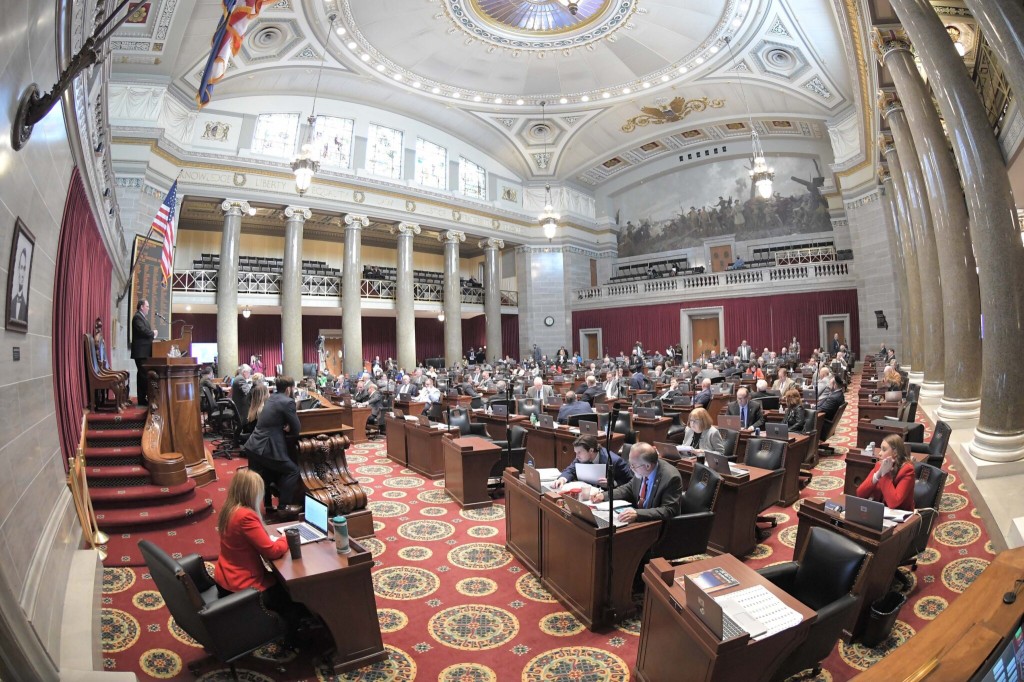 Missouri lawmakers have until Friday at 6 p.m. to complete their work before adjourning for the year. // Photo by Tim Bommel/Missouri House Communications

Missouri lawmakers enter the final week of the legislative session Monday with a laundry list of unfinished business and long-simmering tensions threatening to derail any hope of progress.

After finishing work on the largest state budget in Missouri history last week, GOP super majorities in the House and Senate hope to begin ticking through election-year priorities before the final gavel falls on the 2022 session at 6 p.m. Friday.

From long-term goals — making it harder to change the constitution through the initiative petition process — to election-year additions to the agenda — blocking transgender students from participating on sports teams that match their gender identity — Republicans have all the votes they need to enact their vision for state government.

If they can get out of their own way.

The last week of the session is nearly always dominated by friction between the House and Senate, as well as between the governor and legislature. But this year, fissures within the Senate GOP have created an environment where the chamber is essentially split into three parties — Democrats, Republicans aligned with Senate leadership and the conservative caucus.

The enmity between the two GOP factions has periodically upended the Senate’s ability to function. But legislative leaders remain optimistic that in the final days before adjournment, the party can rally and send its priorities to Gov. Mike Parson’s desk.

“What I tell folks is that it is rare that you don’t end up close to the same place at the end of the session, it’s just a matter of the path to get there,” said Senate Majority Leader Caleb Rowden, R-Columbia. “This has been a painful path on certain days and weeks.”

Rowden expects to pass fewer bills this year, but said some big-ticket items will get across the finish line. He believes the chamber is in a much better spot than it was a couple months ago, when progress seemed unthinkable as the Senate “hit a crescendo of craziness.”

“When they decide to have like minds get together, they can push the gas pedal with the numbers that they have,” Rizzo said. “So I hope that we can continue to do sensible things next week that will help Missouri move forward and not political red meat in an election year.”

Nothing looms larger in the final week than redistricting, a process that has bedeviled the Senate as the conservative caucus pushed for a map targeting a safe Democratic seat in Kansas City.

The conservative caucus goal of gerrymandering Rep. Emanuel Cleaver’s seat away from the Democrats is dead, leaving the group hoping to at least bolster GOP strength in the suburban St. Louis district of Rep. Ann Wagner.

The House is poised to pass a new version of the map where Wagner’s 2nd District would include part of St. Louis County plus portions of St. Charles, Warren and Franklin counties. The 3rd District would stretch from suburban St. Louis to central Missouri. Columbia would be split down the middle, with the southern part in the 3rd District and the northern part in the 4th District, which stretches west to the Kansas border.

“We’re still trying to do what we need to do,” he said, “and we are ready to work with people right up until the 12th hour if we have to.” 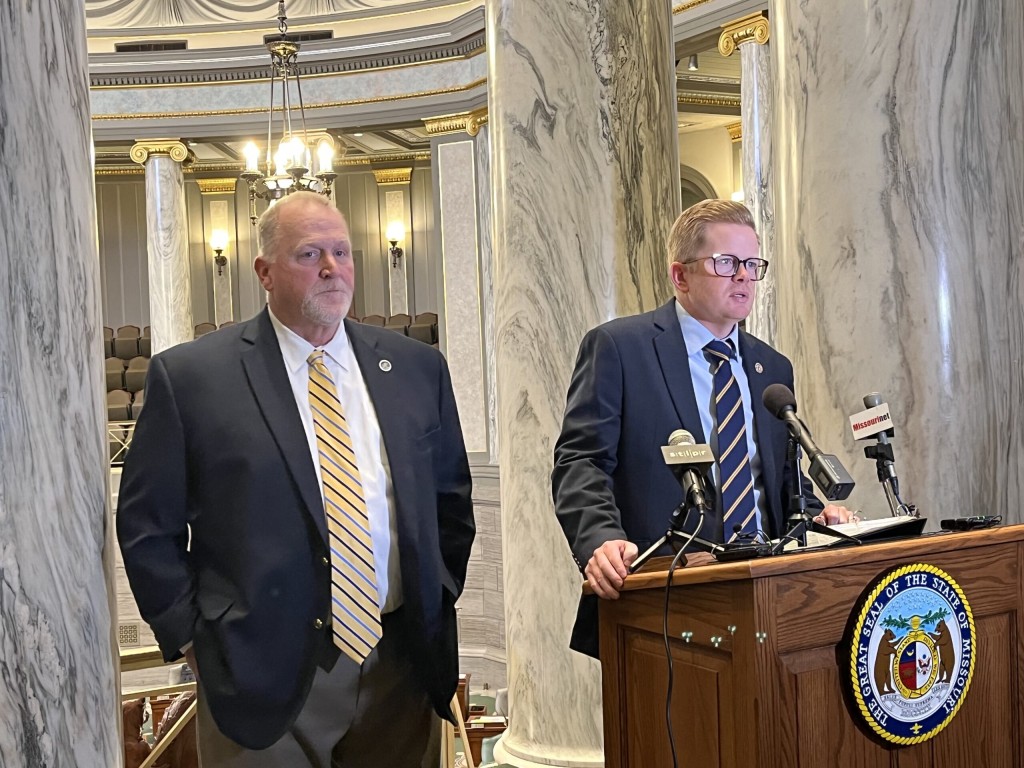 Republicans are on the cusp of once again passing legislation enacting a photo-ID requirement to vote. It’s been a priority for the party for more than a decade, but has time and again been struck down by the courts.

Senate Democrats staged a nine-hour filibuster last week on the bill, sitting down after they were able to add a provision allowing two weeks of no-excuse absentee voting leading up to Election Day.

Republicans are also eying legislation that would ask voters to make it harder to change the constitution through the initiative petition process.

Stymied by GOP supermajorities in the legislature, Democrats have increasingly gone around the General Assembly to enact policies through the ballot. Proposals to repeal a right-to-work law, expand Medicaid coverage, raise the minimum wage, legalize medical marijuana and enact campaign ethics laws were approved by voters over the opposition of Republican elected officials.

In response, GOP-backed proposals would take aim at the initiative petition process by increasing the cost, hiking the number of signatures needed, raising the bar for passage and even requiring the legislature to sign off on anything approved by voters.

The House has approved numerous versions of the idea, but in the Senate the proposal will undoubtedly run into fierce opposition from Democrats.

Under a bill that has cleared the Senate and awaits final approval in the House, the state would put more money into charter schools through an adjustment in the foundation formula, the method by which Missouri calculates aid for schools.

The House has held off giving the bill final approval as it waits to see if the Senate can pass some version of open enrollment legislation, which would allow students to attend a school district outside of the one in which they reside.

A standalone House open-enrollment bill has yet to be taken up by the Senate, and provisions to establish a statewide program were removed from the Senate education bill that’s furthest along in the process.

Lawmakers are also considering controversial proposals such as banning transgender students from participating on the sports teams that match the gender they identify with, though opposition in the Senate has already derailed that legislation once.

The same goes for a legislative push for a so-called “Parents’ Bill of Rights” that would allow for parents to bring civil lawsuits against school districts and a related push to ban the teaching of critical race theory.

There has also been a push to clarify state law to ensure it bans schools from enacting mask mandates. Attorney General Eric Schmitt has argued in dozens of lawsuits against school districts that state law prohibits mask mandates, yet has been working with legislators all session to change the law to state that specifically.

Chemical industry and business groups say advanced recycling is a tool for a more sustainable future with less plastic waste, but environmentalists say the industry is “greenwashing” a process that primarily serves to create more fossil fuels.

The Senate debated the proposal last week, with Democrats expressing concern but focusing their ire on a provision added to the bill that would roll back some state regulations on hazardous waste.

Democrats vowed to filibuster, and Republicans seem ready to relent and remove the hazardous waste language from the advanced recycling bill.

Among the top priorities of GOP legislative leadership in the final week is to prohibit visitor restrictions that hospitals, nursing homes and healthcare facilities imposed during the COVID-19 pandemic.

Dubbed the “No Patient Left Alone Act,” the bill would allow patients to have a spouse or legal guardian and at least one of three “essential support persons” to be present in a hospital or healthcare facility.

Republicans also remain hopeful they can add work requirements for people who qualify for Medicaid under voter-approved expansion and make portions of the Medicaid program subject to annual appropriations. But with time ticking down to adjournment, fierce Democratic opposition to the idea could sink its chances in the Senate.

Also facing long odds is a bipartisan push to extend Medicaid coverage to low-income women for up to a year postpartum. The bill ran into problems after the conservative caucus pushed to include an amendment to ban Planned Parenthood from receiving public dollars.

Several bills would take aim at vaccine mandates, with some focused on banning mandates in state government and others expanding the prohibition to the private sector. Lawmakers are also on the verge of requiring schools test, and potentially filter, drinking water to prevent lead poisoning.