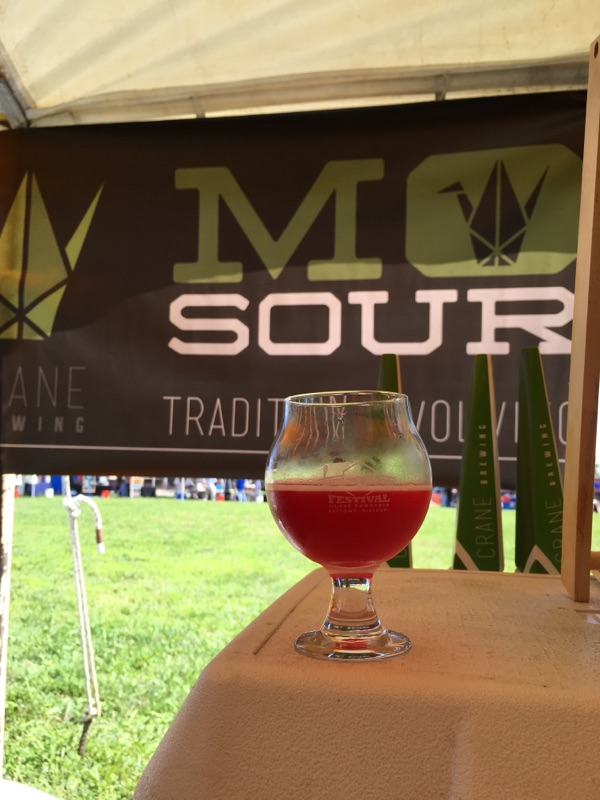 Beer festivals are hardly rare anymore, but a few events still stand out for the most dedicated local drinkers. A good example: this weekend’s Festival of the Lost Township, put on by Crane Brewing Company.

Kicking off at noon Saturday, the invitational is requiring at least one brewer from each represented company to be present at the festival. Bring on the experts, then, and bring on the intriguing names: Microphone, Burnt City, Vanessa House and Confluence, among others.

Crane’s Christopher Meyers explains that Festival of the Lost Township is also hosting local distilleries, wineries, coffee roasters, kombucha makers, bakeries and other makers to the festival. The plans are to cluster dissimilar offerings so that attendees have the opportunity to interact with more than the usual suspects from among the approximately 90 vendors.

And there’s an island unto itself for area home brewers, about 40 of whom are expected to show up.

Meyers says that last year, the festival drew approximately 1,000 visitors. This time, he hopes to see attendance climb past 1,500 this year. Two tiers of tickets are available: For $60, you get a VIP ticket, which guarantees earlier entry, a larger sampling glass, a separate tent with additional seating and separate restroom facilities. Regular entry is $45; designated drivers get in for free. Tickets are available via Eventbrite, or in person at the Taproon at Crane. If you purchase your tickets from the Taproom or bring proof of purchase, you’ll receive $2 off all standard pours Tuesday through Friday throughout this week. (The Taproon will be closed September 15 and 16.)

All proceeds from Festival of the Lost Township have been earmarked to benefit Three Trails Kiwanis of Raytown, a local chapter of Kiwanis, a well-known international charity largely oriented toward the needs of children.