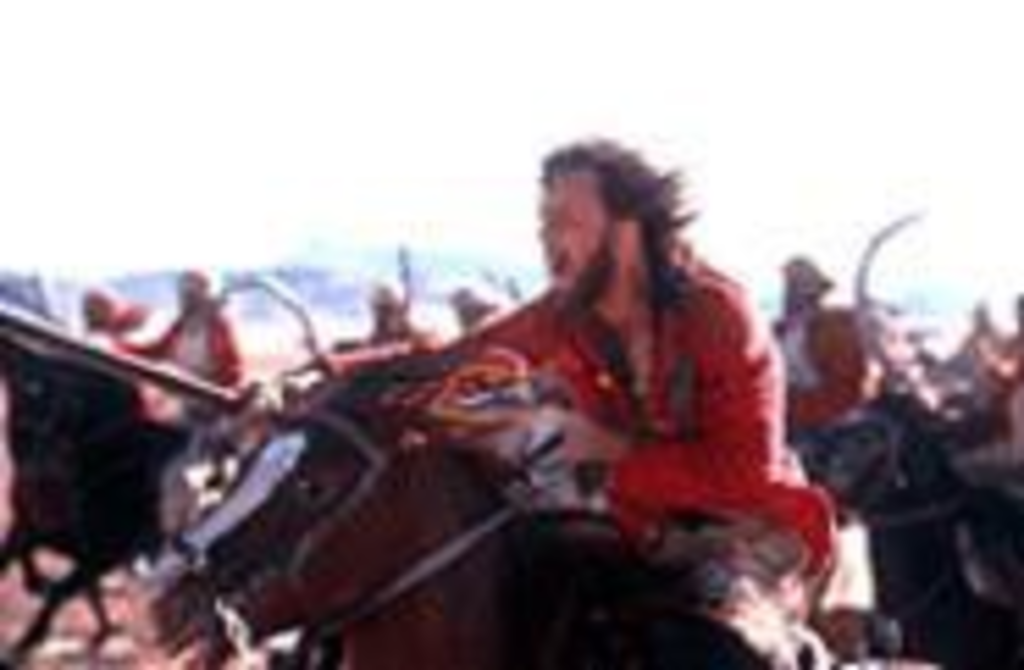 Although his name sounds like an inventory notebook for candy bars, Heath Ledger is presently overcoming this confusion — as well as the plight of the pretty boy — to become one of contemporary cinema’s more vital actors. In The Four Feathers — as in The Patriot, A Knight’s Tale and Monster’s Ball — Ledger plays a sensitive and bewildered son confronting the madness of his father’s world. This time, he’s a top-notch soldier in late Victorian-era England who’s about to discover that colonialism ain’t no picnic.

The sixth adaptation of the 1907 novel by A.E.W. Mason, Four Feathers (from Elizabeth director Shekhar Kapur) presents itself as an Oscar package neatly tied in ribbons of august production values. No quarrel there. The movie is beautiful to behold and engages one in a sense of epic struggle — inner and outer — that’s all too rare in Hollywood’s hasty productions. The screenplay, by Michael Schiffer (The Peacemaker) and Hossein Amini (The Wings of the Dove), tends to err on the side of facileness (instant alliances, unmotivated shifts of character), but it’s still relatively powerful stuff.

The story concerns reluctant young hero Harry Faversham (Ledger), whose soldiering skills have landed him at the top of his regiment and earned him the esteem of his colorfully named comrades, Trench (Michael Sheen), Castelton (Kris Marshall) and Willoughby (Rupert Penry-Jones). His innate beauty has also attracted the fair lass Ethne (Kate Hudson), who becomes his fiancée. This romance is carefully appraised by Harry’s best friend, Jack Durrance (Wes Bentley), whose ogling is framed in dramatic close-ups just in case we miss the point that he’s also quite keen to pluck the English rose.

Life at home for Harry is all about dramatic rugby moves, carefully executed drills and the odd cotillion until — whoops! — the British siege of Khartoum is met by some understandably rankled “Mohammedan fanatics.” (Unlike in the 1939 version, they’re no longer called “fuzzy-wuzzies.”) England requires auxiliary troops, and the boy’s number comes up. After a long and convincingly grueling night of soul-searching, Harry decides to bugger off, to the grave dismay of his father (who disowns him) and his trio of second-tier friends, who send him three feathers to shame him for his apparent cowardice. Despite his plea to Ethne (“You’re all that matters to me now” — always a tragic mistake), she also detects the trouble with Harry and sends him the fourth feather of wimphood, which will propel him toward his destiny.

That destiny involves plot advances so ludicrous that they verge on fantasy. Doubting his decision, Harry makes his solitary way to Africa to assist his mates, none of whom knows exactly “what a godforsaken desert in the middle of nowhere has to do with Her Majesty, the Queen.” On the way, Harry goes through such screenwriter-built trials as enduring attack, suffering thirst to the point of slurping camel blood, and being left for dead in the sand. Wandering nomad/guardian angel Abou Fatma (Djimon Hounsou) discovers Harry and, realizing the Englishman is wearing more fetchingly theatrical eyeliner than any character since Tombstone, opts to help him save his friends from the more beastly Muslims. The chums laugh and share life’s lessons. It’s Bagger Vance Goes to the Sudan.

Apart from the overarching sentiment and nagging implausibilities, though, Four Feathers has a lot to offer as grand entertainment, from surprisingly gore-free battle sequences to fine performances. Ledger, Hounsou and Bentley are superb. Still, Hudson’s role is just another in a series of plums for American princesses (e.g. Gwyneth Paltrow), and her casting stands in confusing contrast to Merchant Ivory hall-of-famer Helena Bonham Carter’s move to L.A. to play assorted tramps and an ape.