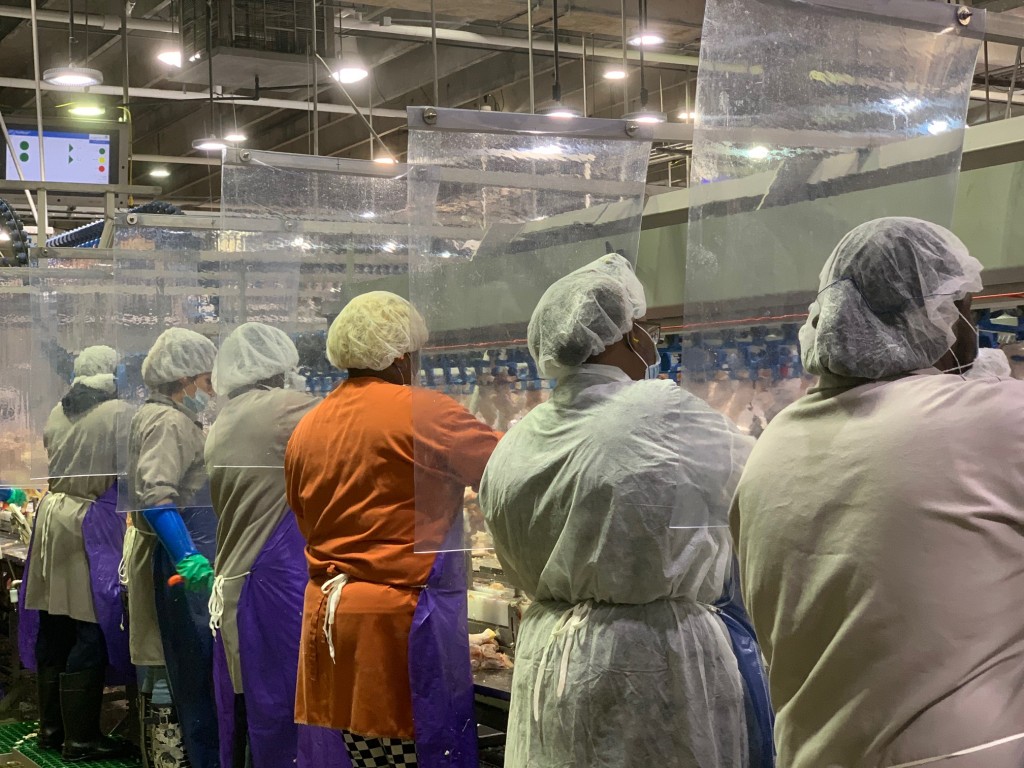 This story was originally published on The Midwest Center for Investigative Reporting.

The COVID-19 outbreak at Smithfield Foods’ northern Missouri plant — the focus of a worker safety lawsuit that garnered national attention last year — resulted in two worker deaths and was worse than previously thought, according to newly obtained federal documents.

Early on in the pandemic, the Sullivan County Health Department told local news station KTVO that 14 workers in Milan plant had tested positive. And in late May 2020, the local hospital director told the St. Louis Post-Dispatch that 35 cases were tied to the plant. Since then, the health department and the company have declined to provide figures that would show the outbreak’s scope.

But the Occupational Safety and Health Administration found the total number of cases was likely more than double what has been previously reported. By the end of May 2020, at least 77 workers were presumed to be positive for the virus, and more than 300 were either suspected to have the virus or had been in close contact with a positive case.

Also, at least two workers at the plant died from the virus last year, according to the OSHA inspections obtained by the Midwest Center for Investigative Reporting. One died July 7, 2020, and the other died Oct. 22, 2020.

The health department does not track coronavirus cases by employer, administrator Deborah Taylor told the Midwest Center in April. Smithfield, which employs about 1,100 people at its Milan facility, told OSHA inspectors the company determined that the employees who died had contracted the virus from close contacts outside of work, rather than in the plant.

In a statement, Smithfield’s chief administrative officer, Keira Lombardo, said it has dedicated “more than $800 million” to responding to the COVID-19 pandemic.

“We continue to see a sustained period of extremely low reported cases across our employee workforce and we continue to work diligently to assist in ensuring that the safe and effective vaccines are available to each employee,” she said. “We continue to hear from our employees, including in Milan, how grateful and supportive they are of the response we have undertaken, together, to mitigate the impact of the virus as we continue to provide food.”

Axel Fuentes suspects the real case numbers are much higher than the counts listed in the OSHA reports.

He’s the executive director of the Rural Community Workers Alliance, which advocates for better working conditions on behalf of Smithfield workers, and has been in close contact with the plant’s employees throughout the pandemic.

At one point last summer, about half of the Smithfield workforce was quarantined, he said. In addition to the two employees who died, at least two other people who did not work at Smithfield died after contracting coronavirus from relatives who worked at the plant, Fuentes said.

“It’s just sad that there is no punishment for companies who have had workers die of COVID-19,” Fuentes said.

But OSHA inspectors found few issues with the virus mitigation measures at the plant during in-person inspections that took place in May and November 2020. OSHA closed the investigations without issuing any penalties.

The OSHA inspections were sparked by complaints that employees were not spaced 6 feet apart, did not receive breaks and could not breathe because their masks became saturated with sweat during their shifts. The complaints also questioned Smithfield’s contact tracing and testing program, as well as paid leave policies for sick, quarantined or at-risk workers.

The company uses plastic barriers between workers as a substitute for physical distancing in some parts of the facility, the inspections confirmed. In the May inspection, OSHA officials found two areas of the plant where employees were not physically distanced and also not separated by plastic barriers. By the following inspection on Nov. 3, plastic barriers had been installed in both areas.

The inspectors did not find evidence to support the other complaints after touring the plant, reading the company’s policies and interviewing employees and managers.

“The OSHA documents outline and describe the robust and comprehensive actions we have taken in response to the evolving and ongoing impacts of COVID-19 on the world, our nation, and the communities where we operate,” Smithfield’s Lombardo said.

The inspection was different than many others the agency performed last year. During the pandemic, OSHA has conducted more inspections virtually instead of onsite, and it performed 10,000 fewer inspections in 2020 than in 2019.

In an interview with the Midwest Center in March, a former Smithfield employee who worked at the company until August 2020 said she felt like the coronavirus precautions didn’t go far enough.

The Smithfield employee asked to remain anonymous to protect friends and family who still work at the plant.

Early in the pandemic, other employees said the production line moved so fast they didn’t have time to step away to cough or sneeze, according to the Columbia Missourian. Smithfield didn’t start distributing masks to its employees in Milan until mid-April 2020, after hundreds of employees at its Sioux Falls plant had already tested positive for the coronavirus.

The Rural Community Workers Alliance sued Smithfield last spring, claiming that a lack of pandemic safety measures in the plant put workers and the public at risk of a coronavirus outbreak. The judge dismissed the case, ruling that it was OSHA’s job, not the court’s, to ensure that Smithfield was adequately protecting its employees.

At the time, Sonny Perdue, former President Donald Trump’s pick to lead the U.S. Department of Agriculture, praised the decision to dismiss the case.

The day after he took office, President Joe Biden issued an executive order directing OSHA and other federal agencies to evaluate the need for emergency standards to protect workers during the coronavirus pandemic by March 15. Six weeks after the deadline, the agency has yet to publish an emergency standard.

On April 26, OSHA said in a press release that it had sent a draft of the standard to the White House for review. It’s unclear how long that process could take.

“OSHA has been working diligently on its proposal and has taken the appropriate time to work with its science-agency partners, economic agencies, and others in the U.S. government to get this proposed emergency standard right,” it said in a statement.

Fuentes said in the absence of an emergency standard for the covid-19 pandemic, it’s harder to hold employers accountable for implementing virus mitigation measures.

He wants to see OSHA require meatpacking companies to implement a larger distance between workers on the line, instead of just the plastic dividers currently used as a barrier; a reduced line speed that would allow workers to cover a cough, wash their hands or change their mask as necessary; and more handwashing stations closer to the lines.

OSHA fined Smithfield the maximum penalty allowed by law, $13,494, for failing to protect employees of its meatpacking plant in Sioux Falls, South Dakota. At that plant, at least four employed died of coronavirus and nearly 1,300 got sick.

The Smithfield fine is one of only a handful of penalties that have been issued against meatpacking companies throughout the pandemic. To date, more than 50,000 meatpacking workers have tested positive for coronavirus and at least 250 have died, according to Midwest Center tracking.