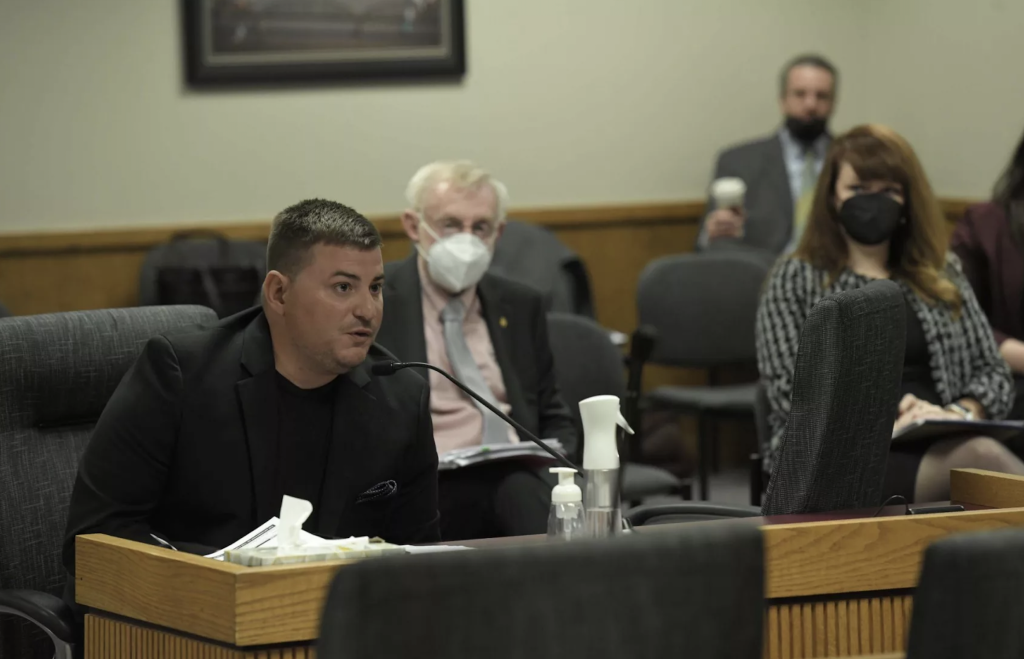 A Cedar County judge Wednesday ordered Agape Boarding School to be shut down after years of allegations of sexual and physical abuse of students — though the order remains on pause until after a hearing Monday morning.

The judge’s order came in response to a request from the Missouri Attorney General’s Office and the Department of Social Services for the school to be closed.

The state’s injunction to shutter the Christian reform school in Stockton marks a long-awaited development for many advocates and former students who have called for its closure, though it does not yet spell victory for them.

“Hopefully, Agape gets shut down,” said Robert Bucklin, a former Agape student who is suing the school. “It’s been a long time coming.”

The state Department of Social Services found by a preponderance of evidence that an Agape staff member physically abused a child, according to the state’s petition. The Agape staff member had an appeal deadline of Tuesday to contest the findings but did not do so, according to the petition, and was placed on the state’s child abuse and neglect central registry as a result.

Missouri law prohibits those listed on the registry, or those with substantiated findings of child abuse, to work at a residential care facility.

Thursday morning, though, the judge asked for verification that Agape still employed the staff member. In the instance that the employee is no longer employed by Agape, the judge wrote, the court will have a hearing to determine whether the employee was terminated.

If the school did not terminate the employee, the order will be executed and the school will be closed.

The Cedar County hearing is now scheduled for Monday morning, after being delayed from Thursday, meaning the order to close the school is on hold until then.

The attorney general’s office said in an emailed statement, “We will continue to fight for the children at Agape, and look forward to presenting our arguments on Monday.”

In the meantime, until the hearing Monday, two state Children’s Division workers will have “24-hour access to the Agape facility to observe the children there,” according to a docket entry entered Thursday afternoon.

If the order is executed, it will “cease operations of Agape” and provide “appropriate removal” of the children currently there, who will be placed into the custody of their parent, legal guardian, or other appropriate parties by the court’s discretion. While the children await their guardians, or in the case the guardian refuses to pick up a child, the order places the children in the temporary custody of the Children’s Division.

DSS in the petition for injunctive relief said the Agape staff member was listed as an employee on Aug. 22 in a census of employees and the state had “received no information regarding a change in employment status.”

Rep. Keri Ingle, a Lee’s Summit Democrat who helped craft the 2021 state law that gave the attorney general’s office and Department of Social Services greater oversight of unlicensed residential facilities, said she hopes to see Agape closed even if the employee is found to have been terminated.

“This is systemic. This is widespread. There’s a culture of abuse that happens at this facility,” Ingle said, “and that the Department of Social Services and the Attorney General’s Office has determined that they cannot ensure the safety of the kids there, due to this substantial evidence of abuse that is ingrained in this facility’s culture.”

Former students of Agape said Thursday morning they were “sitting on pins and needles” waiting for the hearing’s outcome.

James Griffey, who attended Agape as a student from 1998 to 2001 and left in 2002 after working on staff, said he was grappling with a swirl of emotions Thursday after he learned of the news. He felt excited, yet hesitant at the same time after numerous instances where he felt officials were close to shutting down the school, only for it to continue to remain open.

Griffey noted Agape staffers have close ties to local law enforcement, a point Schmitt’s office raised in its petition to close the school.

At least three Cedar County Sheriff’s Department employees currently or previously work at Agape, including two full-time deputies, one of whom is married to the daughter of Agape’s founder, the petition read.

Tuesday, The Independent reported that DSS substantiated 10 preponderance of evidence claims of physical abuse at Agape. DSS added another staff member to the registry on Wednesday, according to its petition for injunctive relief.

In May, DSS substantiated abuse claims against two former employees who declined to appeal the findings, which became final on July 29. Those staffers no longer work for Agape, the petition says.

Griffey, who is now 39 and lives in California, said he worries what’s next for the boys currently attending Agape if they do get removed. In order for true justice to be served, more than closing the school needs to be done, Griffey said. He wants to see Agape staffers ultimately taken to court and charged with child abuse.

“To me, that’s really protecting the kids,” he said. “Shutting down the school’s one thing, but then there’s all these other schools that these abusers would easily be accepted into as employees because they worked at Agape.”

Former students were critical of the school remaining open for months, despite numerous lawsuits and allegations of abuse. Ingle said she understands the ongoing concerns and shares the desire for facilities like Agape to be closed as soon as possible, and is already discussing with DSS legislation to propose that would expedite such situations to allow them to file injunctions and suspend staffers under investigation for allegations of abuse or neglect.

“If someone is under investigation, or they’re going through an appeal process for findings of child abuse, neglect against them, they shouldn’t have access to vulnerable populations during that process,” Ingle said. “Until that process is completed, and they’re exonerated.”

Missouri Attorney General Eric Schmitt has previously been at odds with Cedar County Prosecuting Attorney Ty Gaither, who pursued only a fraction of the 65 criminal counts against 22 staff that Schmitt recommended as a result of his office’s investigation.

The attorney general’s office said in an emailed statement, “For more than a year, we’ve been fighting for accountability and justice, but have been stymied by the Office’s lack of original criminal jurisdiction and an uncooperative prosecutor at nearly every turn.”

The local prosecuting attorney retained jurisdiction over the case, causing Schmitt to ask Gov. Mike Parson to take his office off the case.

“It goes to show that the kids that you abuse today, those are the ones that are going to kick you down tomorrow,” Bucklin said. “We were abused by Agape but we weren’t scared.”