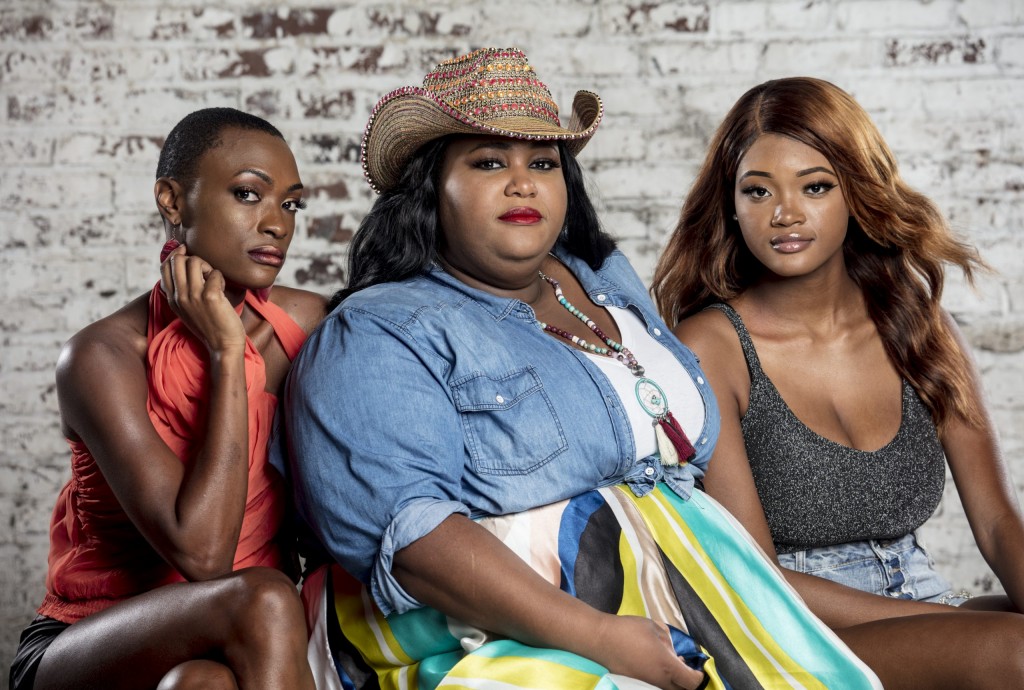 Country trio Chapel Hart—comprised of sisters Danica and Devynn Hart and their cousin Trea Swindle—was named “Next Women of Country 2021”  by CMT ahead of the release of their sophomore album, The Girls Are Back in Town.

The group has made waves with their down-home charm and forthright honesty, as well as the stellar music video for the recent single, “You Can Have Him Jolene.” Chapel Hart’s three-part harmonies are perfectly-suited for delivering both ballads and raucous rave-ups, and it was a real joy to speak with all three members ahead of their appearance at Knuckleheads this weekend.

The Pitch: What in your growth as a trio has made your music so malleable and flexible?

Trea Swindle: I think we have an advantage, being a trio, because whenever we get to perform, you get to hear the stories and see the performance from three completely different perspectives. And it just makes it that much more relatable. It doesn’t matter if you’re nice and sweet or a little rough around the edges. It’s a little bit of something for everybody. We can go from a barn dance to a bike rally to just about everything in between, because when you got good music and good folks, you can’t just deny having a good time.

You have this new album and you’ve released a couple of singles off of it, which are really strong, pro-women anthems, like “A Grown-Ass Woman” with Mickey James and “You Can Have Him Jolene.” Do these songs come from a personal space or do they come from just wanting to set the bar and show other women, “You don’t have to take this”?

Danica Hart: Maybe a combination, ’cause I think that, for so long, country music has had a formula and also, you are a woman in country music. It felt like there was a list of things that you could think about. We had a meeting with our our friends over at CMT and Leslie Fram [senior vice president of music strategy for CMT] and they were just kind of getting to know us.

While we were on Zoom, they were like, “Could you please indulge us with a song?” We played “You Can Have Him Jolene,” and there was silence. And so we were like, “Well, we got another, if you like.” We thought they didn’t like it.

But once Leslie Fram said through the silence, “Chapel Hart, in 50 years of country music, no one has ever said that,” and so, we’re just excited that we get to do that—all the things that we used to think about and crazy thoughts that we had kids. “You Can Have Him Jolene” came from when we were shooting the “9 to 5” Dolly cover and Devynn has on a shirt that says “You can have him, signed Jolene.”

I was like, “Who does this heifer think she is, going to take somebody’s man, and then turn around and tell her she can have them? How about you can just have them, Jolene?” We all joked about it and we were like, “We gotta write this song!” This lady walked up to us last night and she talked about being in a domestic relationship and she said that all she can think to do is just cry during “Jolene,” ’cause she really can’t have them. She went through and she told us her story. We didn’t realize how powerful this fun song that we wrote really was and how much it really touched and affected so many people in the world.

Is it nerve-wracking to try to write a song that is an answer song to such a timeless classic?

Devynn Hart: I actually don’t think so. It just kinda flowed. It was an idea and we just went with it. The entire writing process was just full of energy. It was so much fun and the words seem to almost have written themselves. It just flowed and everybody’s got the queen, Dolly, on their mind, but I think that it just kind of goes to the other side of the songwriting: you just write your truth and the rest of the world will tell you if they love it or not.

That video for the song looks like it was a blast and a half to make.

Trea: I got to say, we probably had more fun than we were supposed to during that shoot, because we had the bar fight scene and everybody who has a bar fight, they don’t get the privilege of having world champion, Mickey James, there trying to help us make sure it looks right. The energy was bright and we kinda just took the town. We shot it in a little place called Pass Christian, Mississippi.

When the director showed up in the town, he was like, “Oh, my God!” This whole city was pretty much like a little movie set. And when I say we went from the beach to the bar, even in the jail cell, all the energy from the song and the shoot definitely translated over to the video.

That’s right in line with your previous videos. “Jesus and Alcohol” is like a little movie and “Country Paradise” is this ode to where you shot it. If I’m not mistaken, it’s where you used to hang out, growing up? It just seems like your videos communicate who you are just as much as your music.

Danica: Well, we definitely love that you said that, cause that is what we are, I think. Maybe this makes sense or maybe it doesn’t, but I feel like a lot of today’s country stuff has been Hollywood-ized, so for us to be able to, yeah, I didn’t make that up Hollywood. But we like, you know what I mean? We’re able, at this point, you say, look, we’re going to shoot this down at the Creek. Where else are we going to go and shoot this? We’re going to go to the Creek, where we grew up and then we get to go shoot down in Pass Christian and as Trea said, we use the entire city. We’re just blessed that we’re able to do this and what hits our heart, hits the screen.

Where are you pulling from to get these songs and music which is so very relatable?

Devynn: I think our music is so relatable because we’re a trio. We all grew up together, but we all are so different. When we talk about our experiences, although we go through the same experiences, you get it from three different perspectives. You get all three of those perspectives into one song, so even if you can’t relate with one perspective of it, you can relate with the other.

I think that’s an advantage that we have that that makes our songs so relatable. A lot of our music comes from life situations or people that we know. It is real life and it’s truly just that we’re not afraid to say the things that most people are afraid to talk about. I think that kind of gives us that extra part of it.

The fact that you all are family and you’ve known each other for so long–does that help you back each other up in terms of songwriting? Also, I assume being family, you can be a little more honest than you might’ve been otherwise?

There are people who come up and they’re like, “I listened to that song and I felt like I’m your sister or cousin,” and it should, because as we were writing as sisters and cousins. That energy was there. We’ve always been, “Hey, if it comes through our heart, it comes up and comes out and we just we’ll sing about it.”

That’s also one of the things that makes us so excited to be independent artists, because a label isn’t saying, “Well, no, you can’t say that. Radio isn’t going to play that, so you need to write something else.” We write it and go, “No, this has got to go on the album.”

Chapel Hart’s The Girls Are Back In Town is out now. The trio performs at Knuckleheads on Friday, October 29. Details on that show here.