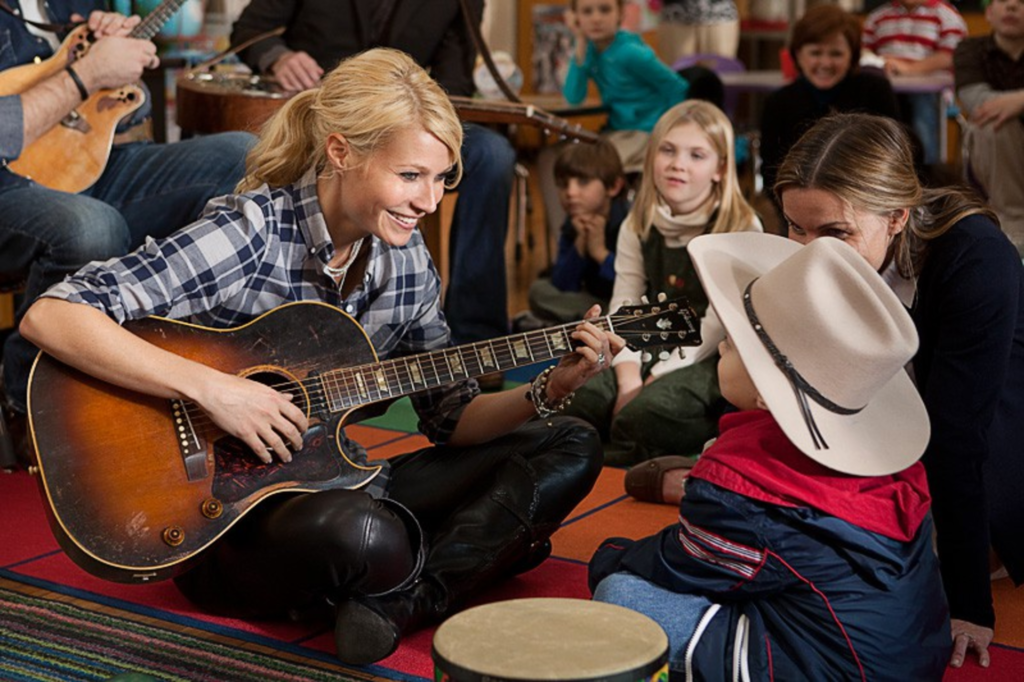 Kelly Canter is the Courtney Love of country stars. Spectacular meltdowns onstage have forced Kelly (an inconsistently twanging Gwyneth Paltrow) into rehab. There, she jams in more than one sense with singer-songwriter-janitor Beau (Tron fox, Garrett Hedlund), until her husband, James (actual country star Tim McGraw, who inexplicably doesn’t sing until the closing credits), drags her on a three-date comeback tour.

A sexless Svengali, James has already found an opening act in Chiles Stanton (Leighton Meester), the Katy Perry of would-be country stars, whose fierce determination is equal parts honey and acid. When Chiles chokes onstage and Beau saves her, James invites his wife’s boyfriend to “get out of these honky-tonks and step into the big leagues” by joining the tour.

Soon, the aging diva’s bad behavior becomes a bit too much for both hubby and young lover, creating an opening onstage and in bed for the ingenue.

Country Strong is sillier — and more tone-deaf—than Paltrow’s advice website GOOP. The intersection of Chiles and Beau’s rise with Kelly’s epic downward spiral (embodied in the image of her crying on a massive JumboTron as floor-to-ceiling American flags are unfurled on either side) is pure A Star Is Born stuff. Except there’s no knowingness here, making Country Strong legitimately unintentional camp.