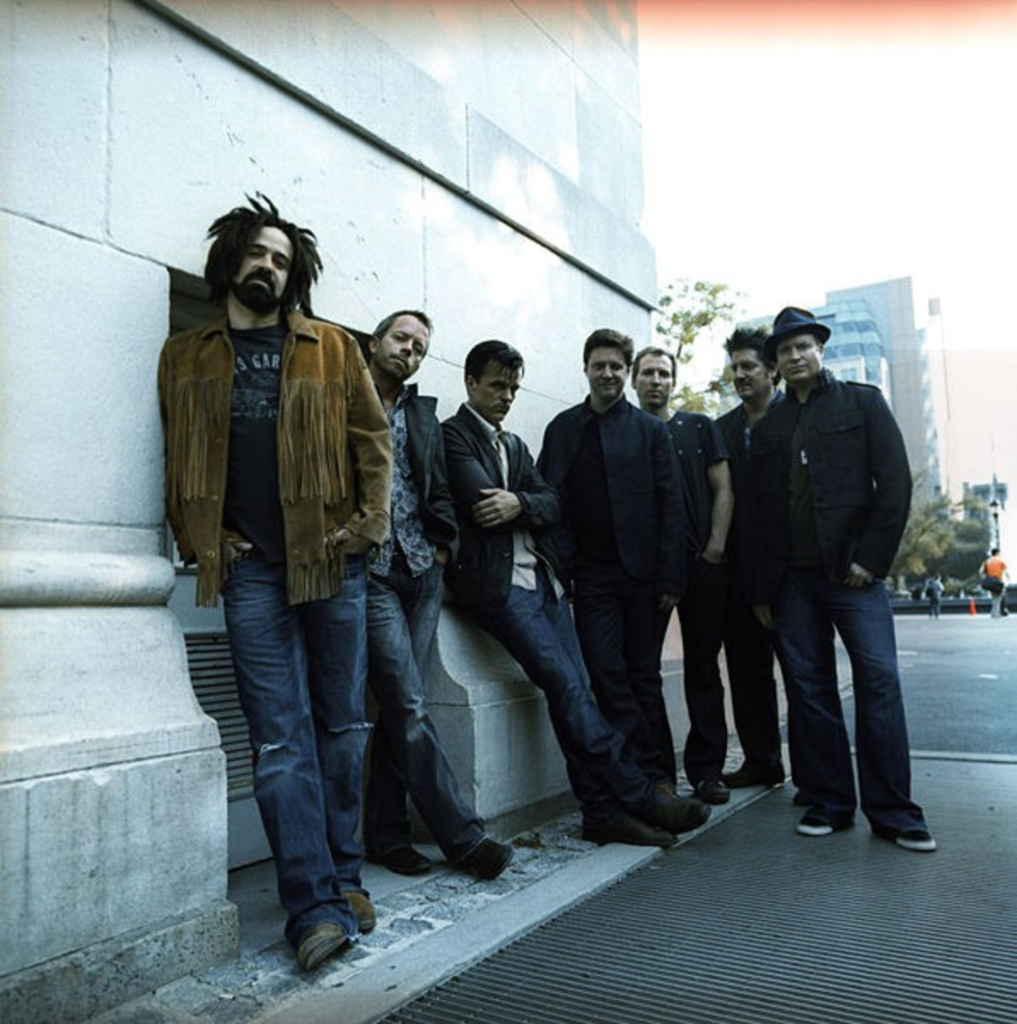 Early in 1993, Counting Crows recorded their debut album, August and Everything After, with T-Bone Burnett; it was released in the fall. The up-tempo song released on the album, “Mr. Jones,” became their ticket to stardom. What made Counting Crows was how they were able to balance lead singer Adam Duritz’s tortured lyrics with the sound of the late ’60s and early ’70s; it made them one of the few alternative bands to appeal to listeners who thought that rock & roll died in 1972.

Recovering the Satellites followed in 1996, and in 1998 they issued the two-disc Across a Wire: Live in New York. Counting Crows’ third studio album, This Desert Life, appeared in 1999. In the midst of recording and collaborating with Ryan Adams on his sophomore album, Gold, Duritz joined his band in the studio as well. The fruit of those sessions was the Steve Lillywhite-produced fourth album, Hard Candy. In 2004 Counting Crows reminded fans of their ability to write a hit single with “Accidentally in Love,” which appeared on the Shrek 2 soundtrack.