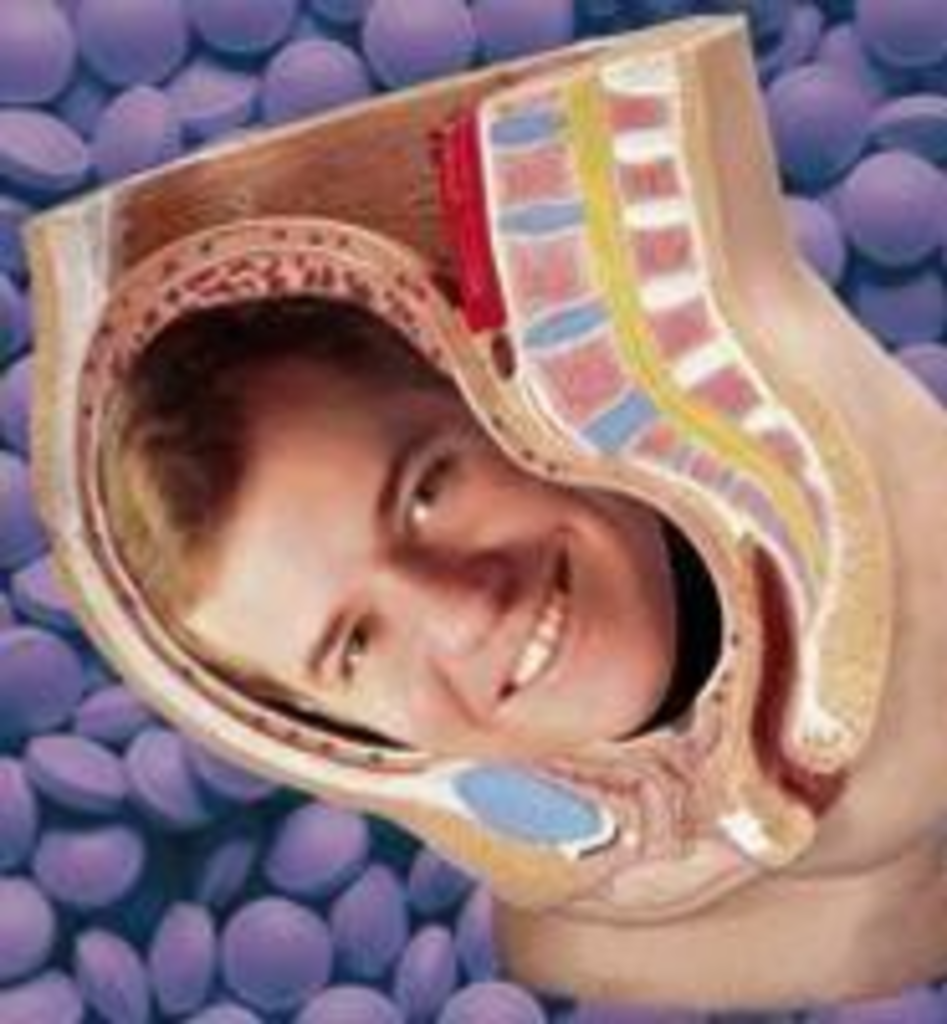 As it confessed a few weeks ago, the Strip doesn’t really know whether it’s male or female. Back in July, when it was musing about hunky Kansas Rep. Eric Carter‘s far-right primary challenge to schoolmarmy GOP insurance commissioner Sandy Praeger, the Strip felt pretty manly.

But on August 24, when it heard the U.S. Food and Drug Administration’s announcement that the feds had finally approved over-the-counter sales of the emergency oral contraceptive called Plan B, the Strip felt itself rejoicing right along with hot heifers everywhere.

You see, for Plan B to work, a gal has to take it within 72 hours of rump rubbin’, and the sooner, the better. The government’s decision is important because getting a prescription for Plan B takes time — valuable, baby-brewing time. Now, women who’ve been careless in the heat of the moment during a romantic evening can head off danger by getting themselves to a pharmacy first thing the next morning.

But this flirtatious filet had other reasons for feeling relieved that Plan B would now be available over the counter. With the morning-after pill more widely accessible, lots of women wouldn’t have to resort to more extreme measures once they were actually pregnant, and the Strip imagined that the abortion wars that have been tearing apart the whole country might come to an end once and for all. Hallelujah, Jesus!

But the Strip’s euphoria cooled as soon as it remembered that if any state in the union would figure out a way to clamp down on this small new freedom for women, it would be Kansas. After all, it didn’t seem likely that Attorney General Phill Kline and the folks at Wichita’s Operation Rescue would be especially eager to go back to whatever it was they did before they became anti-abortion zealots. If they could remember what that was.

Yep, in these parts, over-the-counter emergency contraception that women can quickly and privately get their hands on is just too good to be true. The Strip figured someone around here would find a way to fuck it up.

It just didn’t realize that Missouri might do that faster than Kansas.

Gov. Matt Blunt has already said he supports legislation like SB 609, a proposed bill that protects the rights of pharmacists to decline to dispense a drug if they have moral objections. (Contrast Blunt’s actions with those of his neighbor to the east: After several East St. Louis pharmacists refused to fill Plan B prescriptions last year, Illinois Gov. Rod Blagojevich issued an executive order forcing them to, according to the St. Louis Post-Dispatch.)

Blunt also made national headlines when he appointed St. Louis lawyer Edward Martin to chair that city’s Board of Election Commissioners. What does an election commissioner have to do with abortion, you wonder? We do, too, but Martin’s also a lobbyist for a group called Americans United for Life. In February, he told The Washington Post, “Basically, every state now has an effort going to either make Plan B more easily available or to slow it down or make sure that pharmacists don’t have to dispense if they oppose it.” According to the Post, Martin’s pro-life organization helped put together some of the proposed “conscience” clauses to protect a pharmacist from being retaliated against for refusing to dispense a drug.

Then there’s Missouri Right to Life’s dumbass argument that Plan B can cause early abortions because it prevents implantation of a fertilized egg.

Actually, Plan B is an extra-strength dose of the chemicals in regular birth-control pills. To get all technical, Plan B works by inhibiting ovulation and reducing an egg’s chances of implanting itself into the uterine wall. If an egg is already fertilized and nestled into that cushy womb, Plan B has no effect.

But all this is science, and science is hard. The Strip worries that the anti-abortion crowd would rather follow the same sort of logic that a blogger named Judie outlined in the February 12, 2006, entry in “Judie’s Blog,” posted on the Web site of a Virginia organization called the American Life League. Judie notes that the chemicals in Plan B reduce the likelihood that an egg will be able to implant itself in the uterus. This means, she writes, “that the embryonic child cannot implant and will die. This is abortion, and that is a fact.”

Preventing pregnancy equals abortion? Gosh, the Strip guesses it’s been way too naïve about these sorts of things.

The Strip also got a bit too excited about Plan B’s new accessibility.

At the pharmacy end of the massive Wal-Mart, an endless stream of cotton-headed elderly folks took rides on the free blood-pressure-test chair and looked on while we made our request.

“Oh,” said Vicki, the pharmacy employee, raising her eyebrows when we asked if she had Plan B in stock. She was wearing a sparkly butterfly T-shirt. “You need a prescription for that.”

But the law was different now, right?

Vicki yelled back to a man working deeper within the recesses of the bottle-lined aisles.

“I’ve got Plan B, but the over-the-counter version is not in yet,” he yelled back to the counter. “It’s the same thing, but I can’t sell it yet.”

Anywhere else we could go?

Vicki suggested we try CVS, Osco or Walgreens. We called a Walgreens in Blue Springs, where a pharmacist said, “I don’t think that’s changed yet. They were thinking about it, but I don’t think they made a decision yet. Let me check.” After an eternity, she returned to the phone, saying, “Yes, you still do [need a prescription]. I’m positive — I just asked two more people.”

Turns out the Strip’s celebration was a bit premature.

The drug companies still have to repackage the pills in a new sleeve and train pharmacists on how the stuff works.

Darran Alberty, president of the Missouri Pharmacy Association, says that he hasn’t fielded any panicky phone calls from pharmacists who don’t want to dispense Plan B. He adds that pharmacists already have the right to refuse to fill a prescription that they believe will do a patient harm. He notes that for years, doctors have prescribed a one-two combination of strong birth-control pills to women who want to prevent pregnancy. “It’s interesting that this whole issue came up after someone just decided to prepackage the deal, when the option has been out there for a long time,” Alberty says. “Now that Plan B has finally been approved for over-the-counter sales, it’s like, now how do we move forward?”

Until someone figures that out, this bossy bovine reminds sisters everywhere to take precautions.