Councilwoman Jan Marcason likes minority-hiring quizzes, so here’s one for her 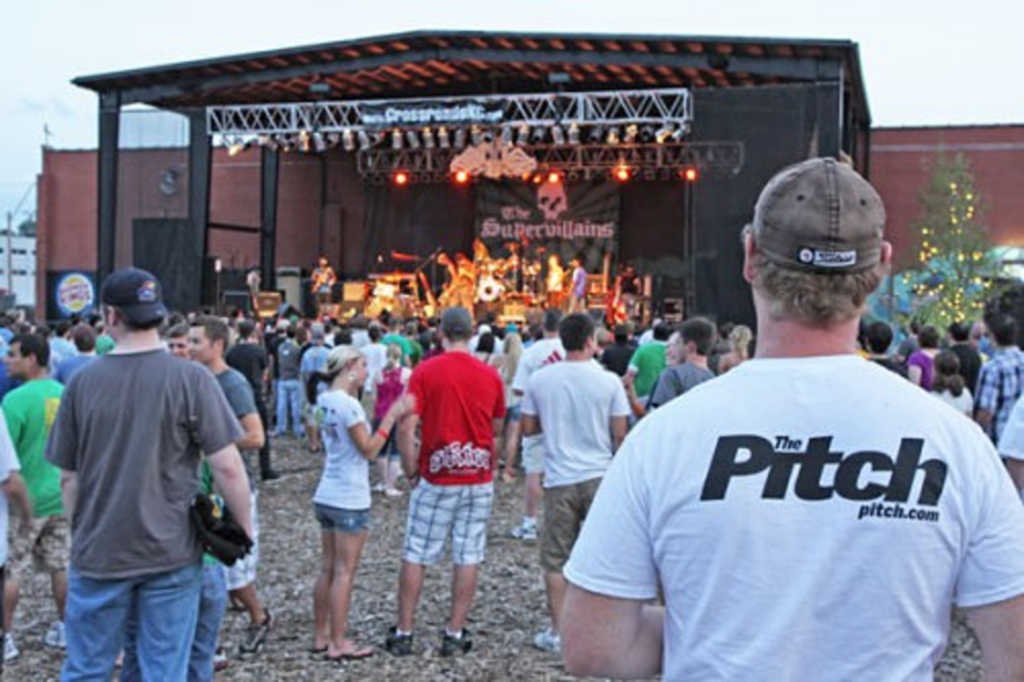 Warning, volunteers who choose to serve Kansas City, Missouri: A member of the City Council might subject you to an oral exam.

A few weeks ago, Councilwoman Jan Marcason asked for a meeting with the sculptor and Crossroads District entrepreneur known as Stretch. Marcason wanted to talk to Stretch after Mayor Mark Funkhouser tapped him to serve on the city’s Tax-Increment Finance Commission, a tax-break-granting agency that the mayor has criticized for catering to the whims of developers.

Stretch was an interesting choice. He’s brash. He shapes what remains of his hair into spiky waves. He hates it when people refer to him by his legal name, Jeff Rumaner.

But his selection made sense. In addition to being part of the artistic community that Kansas City claims to cherish, Stretch is a developer. He has opened two restaurants, Grinders and Grinders West, and built an outdoor music venue on the eastern, grubbier side of the Crossroads.

In short, he’s a risk taker, and agencies such as the TIF Commission exist to make it worthwhile to take a chance on Kansas City.

But Marcason felt that Stretch needed vetting. So she spent 90 minutes with him at his studio. She then reported her “findings” to the council. At a public meeting, Marcason expressed her concern that Stretch was not committed to “prevailing wage” and the practice of setting aside subcontracts to women and minorities.

Stretch had failed Marcason’s test in part because he did not know the proper jargon. “He told me that he was not asked what his MBE/WBE philosophy was, and I had to explain what that stood for,” Marcason told the council on September 10.

Stretch tells me that he understands that developers who seek incentives have to abide by the city’s policies, including those related to affirmative action. He feels that Marcason’s line of questioning was sneaky.

“She doesn’t like the mayor, and I’m an easy target,” he says.

Ultimately, the council approved Strech’s appointment by an 8-4 vote. Marcason voted with the minority.

I’m not ready to let it go, however. Because I’ve been looking at an MBE/WBE deal that casts doubt on everyone’s commitment to minority hiring.

That’s what Councilwoman Cathy Jolly declared as she introduced an ordinance establishing a contract with a company called American Traffic Solutions.

The company, which is based in Arizona, installs cameras at intersections. The cameras bust motorists who run red lights. The incriminating image arrives in the mail — along with a $100 ticket.

Jolly said the cameras would increase safety. Eighteen intersections throughout the city are now being monitored.

A few days after the City Council authorized the contract with American Traffic Solutions, the city’s Human Relations Division approved the company’s plan to hire minority and women subcontractors.

These utilization plans, as they’re known, are standard on city contracts of a certain size. The American Traffic Solutions deal is valued at $3.2 million.

In its plan, American Traffic Solutions pledges to award 13 percent of its contract to MBEs and 8 percent to WBEs.

Actually, the company found a single MBE whose participation would allow it to meet the 13 percent goal: an African-American-owned firm called G&H Consulting.

G&H Consulting is not a construction or electrical company, however. It does not build sophisticated cameras.

Its president is Gayle Holliday, a politically connected consultant.

Her scope of work, according to the utilization plan? Public relations and collections.

PR seems an interesting way to spend $421,200. And as I found out later, interesting actually means unrealistic.

More on that in a bit. But first, a little about Gayle Holliday. She is a former deputy director at the Area Transportation Authority. She was a finalist for the position of city manager in Kansas City when the job opened in 1997. She was married for a time to Harold “Doc” Holliday Jr., the late trial lawyer and former Jackson County legislator.

In 1998, two years after she left the transit authority, Holliday was hired by the Port Authority to monitor the nascent casino industry’s compliance with minority business goals. She has also worked as a paid adviser to the Kansas City, Missouri, School District and for former Mayor Kay Barnes.

Holliday returned to the minority-contracting scene in 2006, when former Jackson County Executive Katheryn Shields signed a contract for G&H Consulting to oversee minority participation in the renovations of Kauffman and Arrowhead stadiums. Holliday receives $100,000 in annual salary.

The stadium contract is a sweet plum. On paper, Holliday’s deal with American Traffic Solutions is even sweeter.

But I was baffled that a consultant could be worth $421,200 to a company like American Traffic Solutions. So I asked City Hall for more information.

This, I thought, made more sense.

But it led to another question: If G&H Consulting was the only MBE it hired, how was American Traffic Solutions going to reach its MBE goal of $421,200?

This seemed like a good question for Jan Marcason.

After all, based on her recent comments about Stretch, she and her fellow council members are guardians of the city’s WBE and MBE programs.

I caught up with Marcason after a recent meeting of the Transportation & Infrastructure Committee. She and Russ Johnson, the committee’s chairman, were leaving the room at the same time.

I felt stupid asking about a contractor utilization plan that I doubted either council member had seen. But this MBE and WBE stuff is important, right?

I tried to describe the nature of the agreement and the virtually nonexistent attempt at compliance.

Marcason and Johnson wanted no part of the discussion. “That’s a management issue,” Johnson said, before turning away.

Marcason began talking to someone else and soon boarded an elevator.

At a different council meeting, I caught up with Ed Ford, who used to chair the transportation committee. I knew that in 2008, Ford had received a memo from Phillip Yelder, the director of the city’s Human Relations Division, outlining the 13 percent and 8 percent goals for American Traffic Solutions and the names of the subcontractors who would perform the work.

I walked Ford through two documents. One showed the plan to pay G&H Consulting $421,200. The other indicated that Holliday’s company had received $8,512.50.

Ford seemed to agree that the $421,200 figure looked screwy, given Holliday’s skill set. But how it got there and what it meant? “The short answer is, I don’t know,” he said.

Nobody wants to talk about this utilization plan. I called and sent e-mails to Yelder and Mary Charles, City Manager Wayne Cauthen’s spokeswoman. No response.

I asked Holliday how American Traffic Solutions intended to reach its MBE goal. She suggested that I try to contract someone at the company.

Turns out, the company employs another communications specialist in Kansas City — Phil Scaglia, who is also politically connected. (He used to work as an aide to Congressman Emanuel Cleaver.) Scaglia said he passed my question along to corporate. I’m waiting for a response.

The contractor utilization plan is clearly a farce. And I have no idea why the city accepted it.

At some point, American Traffic Solutions will have to show that it made an effort to meet the MBE and WBE goals. And I have an idea how that might go.

The principal WBE on the red-light camera project is Mark One Electric Co. I’ve written about Mark One’s confusing status as a WBE. On most electrical jobs, the company, which bills millions every year, is too big to qualify for preferences, but it continues to appear in the city’s directory of WBEs that are eligible for preferential hiring. Mark One has entered what the city calls a “graduation termination period,” allowing the company to claim WBE status until 2012. (It’s interesting to note that Mark One is also the largest WBE working at the stadiums, where Holliday is in charge of compliance.)

I’m guessing that’s how it will go. And until Jan Marcason’s deep commitment to minority hiring gets to the truth, that’s all I’ve got.

I complain in the column that city officials did not respond to requests for comment. Phillip Yelder, the city’s director of Human Relations, the department that oversees minority contracting, did respond. But his e-mail arrived after my deadline.

In the e-mail, Yelder does not explain why Holliday is in line to receive $421,200, other than to say she is certified by the city to perform the work described in the utilization plan.

Yelder goes on to note that American Traffic Solutions has received only $160,000 from the city. The city pays the company fees based partly on the number of red-light runners caught. (Just a thought: If the cameras are all about safety, as the council claimed, why not base the incentive on accident reductions?)

The contract lasts five years, giving American Traffic Solutions “ample time,” in Yelder’s words, to meet the goals for using businesses owned by minorities and women. Yelder explains that prime contractors are required to show they are making efforts to use minority and women businesses “to the fullest extent.”

Yelder then notes that American Traffic Solutions is exceeding the goal for hiring businesses owned by women.

That Yelder would draw attention to the overshoot of the WBE target jibes with my point: American Traffic Solutions will be able to dismiss questions about its inability to follow the utilization plan by pointing to its payments to Mark One.

But is a big subcontract with a company whose WBE status has been challenged in court (in 2005, a rival electrical company filed a lawsuit questioning Mark One’s ability to qualify for preferences) really diversity?