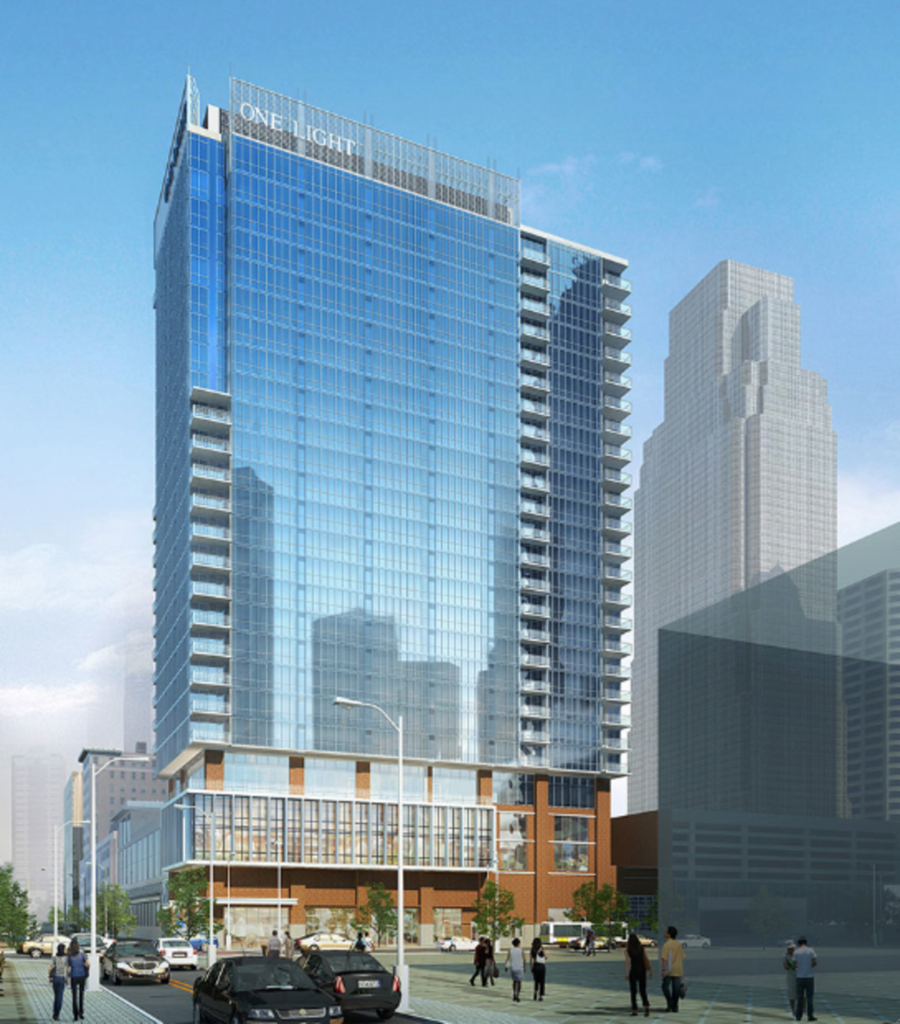 Cordish, the Baltimore-based operator of the Kansas City Power & Light District, got a splash of publicity last Friday when it announced that it would finally start building its long-awaited apartment high-rise at 13th Street and Walnut.

City leaders generally hailed Cordish’s announcement, and, on its face, the development of One Light – the moniker of the nearly $80 million, 25-story high-end apartment building – does sound good. It has long been Kansas City’s goal to get people living in the city’s center. Property- and sales-tax revenue from more residents there would help bring a return on the city’s enormous investment in downtown over the past decade. But downtown rental property is in limited supply, and demand has put occupancy rates downtown in recent years well over 90 percent.

Despite this demand, however, many new dwelling projects command taxpayer subsidy – and One Light is one such project. Just what is Cordish getting?

The city agreed in 2012 to fork over $8 million to Cordish. That money came from a larger bond issuance the same year. Cordish is also getting a 25-year, 100-percent tax abatement. With an estimated 450 people living in the 311-unit One Light project, that would mean the city is effectively paying $17,777 per resident for downtown renters. That’s not counting the 25-year, 100 percent tax abatement that Cordish is expecting for the project. [Update: half of the taxes abated will get paid back to the city, which will then be used to pay down Power & Light District debt. See below.]

It also doesn’t count the roughly $14 million a year the city has to pay in debt service to bonds that were issued for the larger Power & Light development, which has fallen well short of the revenues that were predicted before construction on the project started.