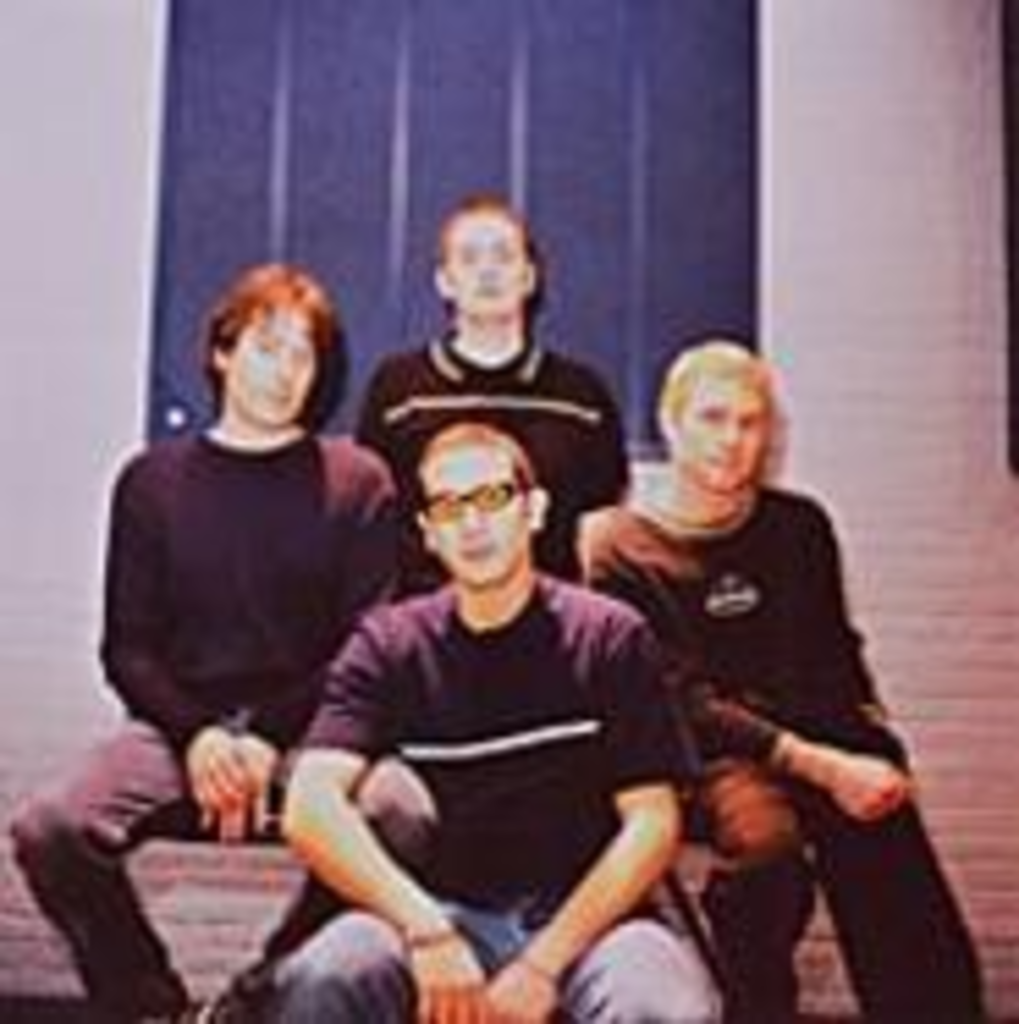 Ever read the fine print on your CD sleeves? Most of them say something like, “Unauthorized duplication is a violation … blah blah blah … the FBI … blah blah blah … without express written consent from the commissioner of baseball.” The words “authorized” and “duplication” have never appeared next to each other in print, except in O-Town’s contract. But Mission: You, the assured new album from New York power popsters the Rosenbergs, is stamped with the following:

“The phonographic copyright in these performances is operated by Discipline Global Mobile on behalf of the artists, with whom it resides, contrary to common practice in the record industry. Discipline accepts no reason for artists to assign the copyright interests in their work to either record company or management by virtue of ‘common practice,’ which was always questionable, often improper, and is now indefensible.”

Not surprisingly, the cofounder of a label with a dryly arcane name like Discipline Global Mobile is an art rocker, King Crimson guitarist Robert Fripp. But the tiny lettering isn’t a joke. The company, essentially a co-op, allows acts on its roster to maintain ownership of masters and publishing in exchange for a 20 percent cut of all revenue. This means that whether a band’s income is earned performing live, selling albums or hawking T-shirts, it stands a chance to escape major debt and even turn a profit. In other words, if your favorite defunct band had been able to put fine print like that on its first album, it might still be making records.

“We’re actually trying to move away from discussing business stuff these days,” says David Fagin, singer and guitarist for the Rosenbergs. His polite demurral is understandable. It took more than five years for the Rosenbergs to point themselves at a wide audience, and the fact that they almost were denied the rights to pull the trigger themselves has been the focus of much of the group’s press.

“I have to paraphrase Dennis Miller,” Fagin says. The band members are navigating their van up Laurel Canyon Drive in Los Angeles, trying to locate a sushi restaurant. Fagin is talking about being raw meat. “Miller says that music now is one part advertising, one part marketing, and one part promotion. And he’s right. Everything is so contrived and calculated, and for what? So we can hear the same thirty songs on the radio the rest of our lives?”

The major artery carrying the other 50,000 songs recorded annually, the Internet, is the lifeline Fagin and his bandmates say was contested when their shot at the big time came along. In early 2000, former Interscope Records honcho and current Universal Music Group VP Jimmy Iovine’s television program Farmclub.com invited the unsigned Rosenbergs to perform; it seemed to be a no-brainer. But when the 23-page contract spooled from the fax machine with a fifteen-minute signing deadline, the band had some reservations.

“It was a terrible beginner contract,” says Fagin. “The time you need the most leverage is when you have the very least. They would have owned our Internet rights — the Web site, the MP3s, the right to sell our music online.” The show allows bands to appear provided Universal enjoys a sixty-day first-refusal period, during which no other label can make an offer. To an unsigned band, sixty days is an eternity, with suitors other than Iovine unlikely to stick around. According to the Rosenbergs’ Web site, the show’s contract also specifies that a band Universal subsequently picks up has no authority to choose its studio, producer or replacement bandmates. “Jimmy Iovine is a nice guy,” Fagin says wearily. “But this was a standard slave contract.”

Like a scene from a movie or a metaphor contrived for a future Behind the Music, the chauffeur who shuttled the band to its meeting with Iovine was, Fagin says, Morris Levy. “The driver who picked us up wrote ‘Why Do Fools Fall in Love?’ for Frankie Lymon. Evan [Silverman, the Rosenbergs’ bass player] ended up talking to him a long time. We don’t want to end up making $15 an hour thirty years from now because we signed a contract.”

The seeming chutzpah of a nobody band from New York turning down a shot at big label glory was a story that traveled fast. As a result, Fagin turned up at the Internet Music Expo in New York last year on a panel with Chuck D, among others. Fripp approached Fagin, and soon the Rosenbergs were the least-likely addition to a stable of acts that included King Crimson, former Yes drummer Bill Bruford and John Paul Jones. (Fagin is now on the advisory board of Star Polish, a site devoted to, he says, “leading the revolution” by offering advice to Net-savvy bands.)

Napster, perhaps at a time when it can’t afford to divide its attention, is sponsoring the current Rosenbergs tour. The company also paid to have an extra disc — an authorized duplicate! — included with the first 10,000 copies of Mission: You so that fans can pass along a copy to friends.

“I think what’s going on with Napster is terrible,” Fagin says. “The only people benefiting are the big labels. In the end, the only way they’ll stop online sharing is by suing the consumers. And Metallica found out that you just don’t sue 300,000 of your fans. The record industry created Napster. Bands that can’t afford to spend thousands of dollars to get on the radio can have a life. When we put an MP3 on Napster, we had 50,000 hits on our Web site within a few weeks.”

The alignment with even a faltering Napster seems to be a solid move, then. But the free disc is the sort of ironically counter-cyberspace, low-fi gimmick well suited to a group whose album looks to pre-bandwidth acts like the Raspberries, Big Star and Cheap Trick for role models. If their last disc overstated the influence of British Invasion bands on the Rosenbergs (Fagin refers in passing to the group’s English manager having “mates” at Napster), Mission: You is an unaffected, gleefully catchy romp as American as painted vans and Michael J. Fox. (The Rosenbergs’ closest current analog is Fountains of Wayne, and Fagin loves Kansas City’s Daybirds.) The Rosenbergs’ perfectly wrought pop sounds terrific coming through computer speakers but clearly was made for an in-dash AM Delco.

With sirens whirring past the van and John Coltrane’s “A Love Supreme” seeping into Fagin’s cell phone from a decidedly post-Delco car stereo, the Rosenbergs have reached their destination. Fagin stays behind a minute to talk about the band’s long-term heading. “We don’t need to play Wembley. All we hope to do is play music full time,” he says. Enthusiastic reviews here and an ecstatic critical following in England, combined with a five-year deal with DGM and what Fagin calls “superstar royalties,” should make him confident that the group’s humble ambition won’t hit a snag. It pays to read the fine print.