Is your local police department preposterously militarized? Chances are good. 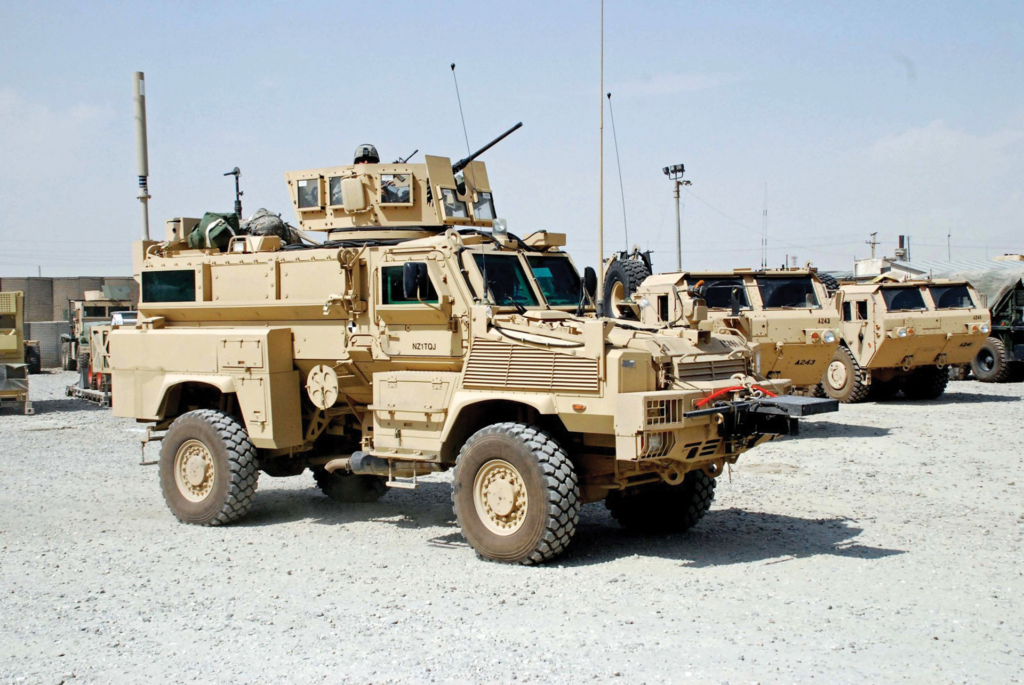 A sliver of a silver lining of the events in Ferguson, Missouri, in 2014, was that Americans took notice of the fact that the police department there had an awful lot of military-grade weapons: tanks and mortars and other big, scary shit you tend to associate with Middle East wars and African dictatorships. Ferguson police, it turned out, was hardly the only department with these toys. It and something like 8,000 police departments in the country had participated in something called the 1033 program, which exists to transfer excess military equipment to civilian law enforcement agencies for little or no cost.

The visuals that emerged from Ferguson — police officers cloaked in the accessories of war, in combat with those they are sworn to protect — drew scrutiny to the 1033 program, and in 2015 President Obama signed an executive order to scale it back. But like many things Obama accomplished, that order was undone by Donald Trump in 2017.

In the KC metro, spoils of the 1033 program lie just out of view of the public — until our own Ferguson moment arrives, at least. According to a Pitch analysis of data compiled by watchdog group MuckRock, 11 metro-area police departments  —  seven in Missouri and four in Kansas  —  have received at least $100,000 in equipment through the program in recent years. From bayonets to bomb robots, rifles to radar scramblers, metro police are creating their own armories across Kansas and Missouri with surplus military equipment. Here are some of our findings.

Flashiest and most expensive of the toys acquired through the 1033 program are “MRAPs,” or mine-resistant ambush protected vehicles (photo of similar vehicle, left). These hulking, tank-like holdovers from the wars in Iraq and Afghanistan are capable of driving over mines and withstanding firearm rounds with little damage. They “retail” for about $733,000.

The Buchanan County Sheriff’s office  —  whose territory is north of Platte City and includes parts of St. Joseph —  is one department that currently has an MRAP, confirms Sheriff William Puett.

“The MRAP that we have is a defense-only vehicle,” Puett says via email. “Basically it is a large, open metal vehicle that is bullet resistant [and] can be used to extract citizens or law enforcement officers to safety in an active shooter event.”

Puett touts one of the obvious benefits of the 1033 program: cost.

“The 1033 program has provided a piece of safety equipment, that has already been paid for with tax dollars, to be utilized when people are in extreme danger and hopefully reducing the loss of life,” he says. Puett adds that an MRAP was once deployed in a situation in which two officers were “pinned down in a ditch” by someone “shooting at the LEOs [law enforcement officers] with a high-powered deer rifle.” 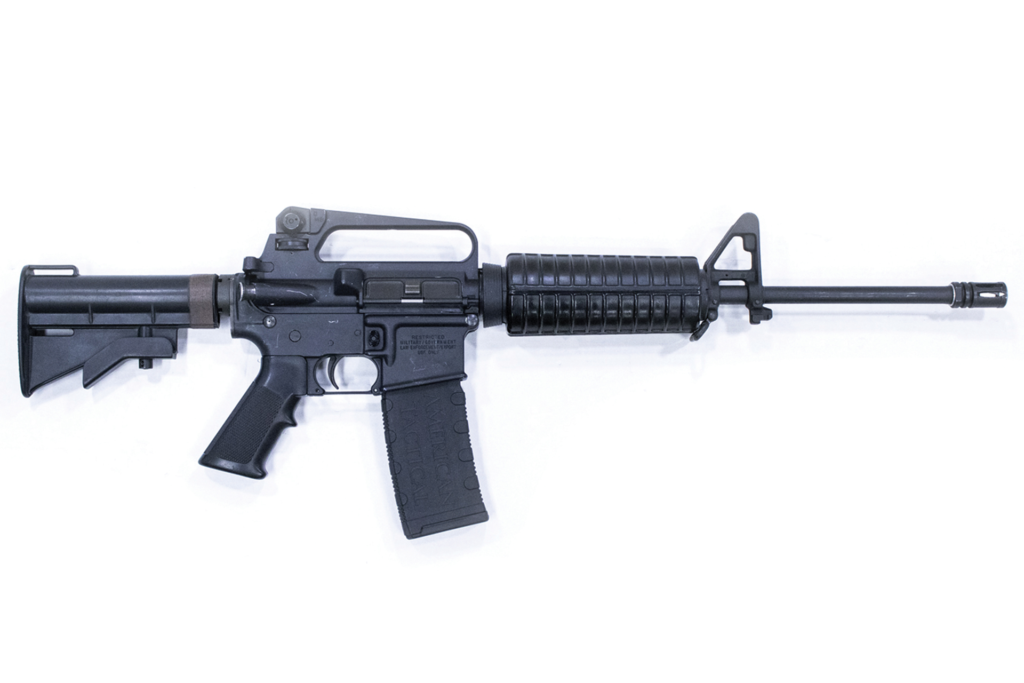 Roughly 100 sworn officers serve and protect the 54,000 people who live in the pleasant KC suburb of Blue Springs, Missouri. The past five years have seen just four murders within city limits. And yet: the Blue Springs Police Department is in possession of $500,000 worth of military gear courtesy of the 1033 program. That includes a “combat/assault/tactical wheeled vehicle” and 45 high-powered 5.56-millimeter rifles (pictured above) — one for every two officers on the force.

BSPD chief Bob Muenz is a fan of the 1033 program, when it’s used correctly.

“It provides law enforcement agencies with equipment and resources to protect their communities or enhance their service levels that they might not otherwise be able to obtain,” he says.

While stopping short of calling the situation an arms race, Muenz said police match “force with greater force” and that combating escalating gun violence between police and citizens is very difficult.

“Unfortunately, in this day and age, history has shown that weapons of this caliber and range are necessary to protect citizens and officers from criminals who readily possess these types of weapons.”

When asked if tougher gun laws, disarming citizens or police, or some other solution could be possible, Muenz demurrs.

“[That] is above my pay grade, and if I had an answer I would write a book and retire,” he says. 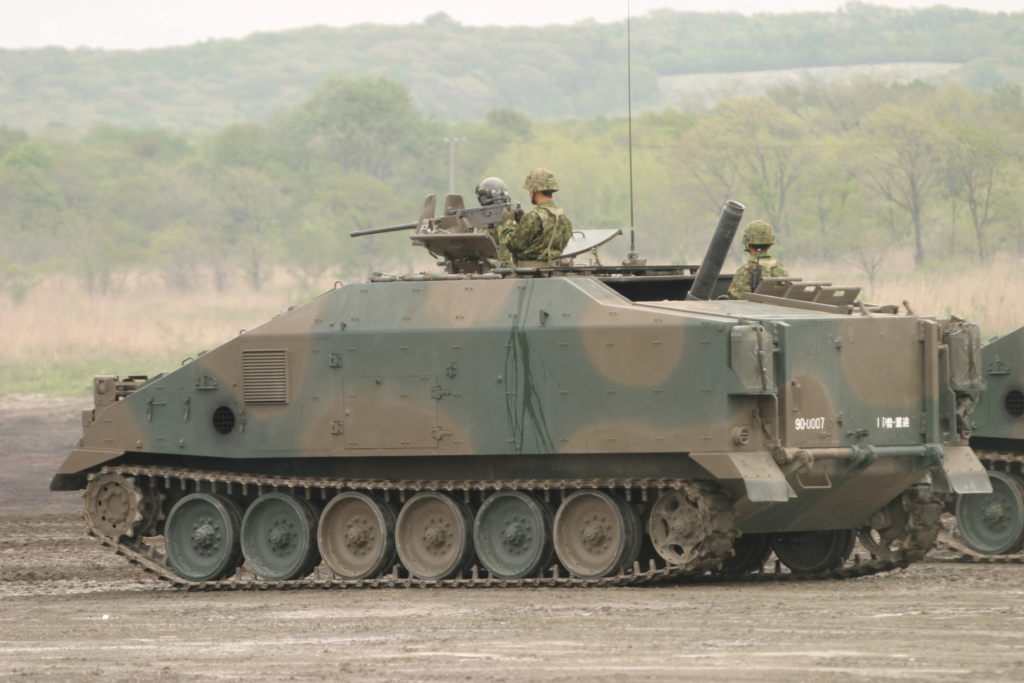 Life’s pretty good in Lenexa, a comfortable suburb in the wealthiest county in Kansas. The city has seen only two murders in the past five years. The chamber of commerce describes the crime rate as “incredibly low.” But just in case, it has a 107 millimeter mortar (photo left) valued at just over $200,000.

What’s the big deal with law enforcement agencies holding on to these free weapons? The American Civil Liberties Union commissioned a report, published in 2014, about the effects of the militarization of police departments. It found that these war toys “encourage officers to adopt a ‘warrior’ mentality and think of the people they are supposed to serve as enemies. Police officers use these weapons routinely, across the United States, to force their way into the people’s homes, disrupting lives and destroying communities.”

Micah Kubic, executive director of the Kansas chapter of the ACLU, tells The Pitch that, in the same way law enforcement waged its war on drugs primarily in communities of color, “the repercussions of this flood of military hardware will likely land disproportionately on the same neighborhoods.”

“These wartime tools may be free for cops,” Kubic says, “but they come at a great cost to vulnerable communities.”