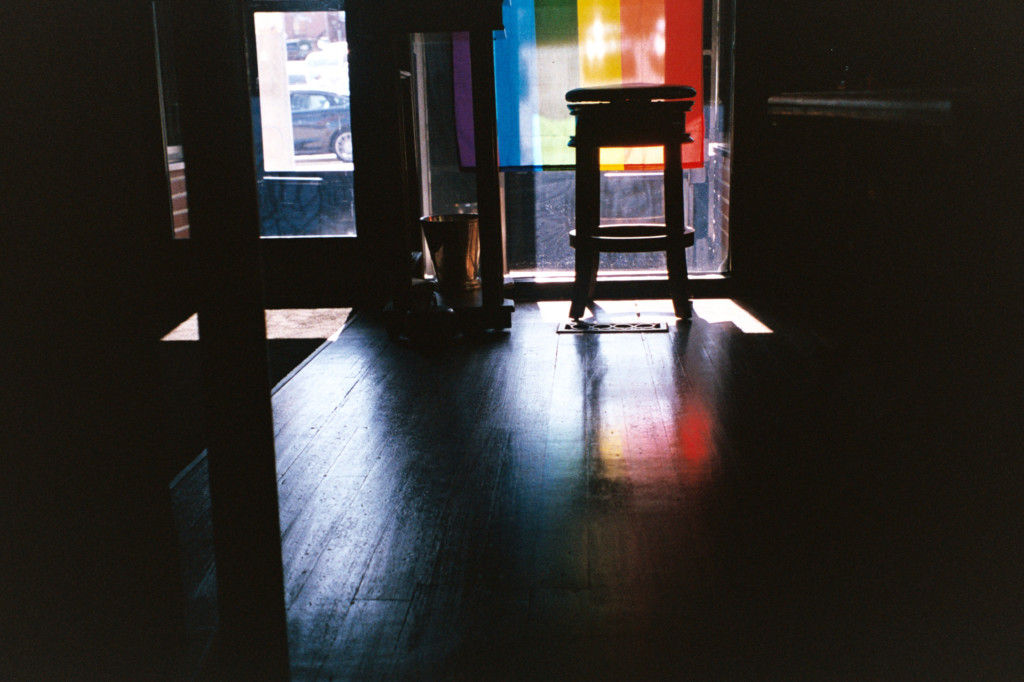 Zachary Mallory grew up in Independence believing gay people were destined for hell. Not wanting to go to hell, Mallory sought out a conversion therapy program at the age of 17, hoping to change their sexual preference.

It’s been four years since Mallory, now 23, stopped going to conversion therapy, but Mallory is still regularly jolted awake early in the morning with flashbacks from those two years.

“This pastor would sit me in a classroom-type room with a projector and show me different images of different sexual acts,” Mallory recalls. “And if I were to get aroused by the man-on-man images, I would get a shock sent throughout my entire body.”

It didn’t work. Not only did Mallory’s sexual identity remain the same, the experience resulted in nightmares, anxiety, and depression that eventually led to a suicide attempt.

Over the summer, Mallory shared their experience of conversion therapy with community activists Austin Strassle, Inoru Wade, and Maite Salazar, and the four began discussing a law that would ban the practice in Kansas City, Missouri.

After meeting with the mayor’s office and the city’s council members, an ordinance to ban conversion therapy was introduced last week. Mayor Quinton Lucas and nine city council members (Melissa Robinson, Teresa Loar, Ryana Parks-Shaw, Kathryn Shields, Eric Bunch, Kevin McManus, Andrea Bough, Kevin O’Neill, and Dan Fowler) have sponsored the ordinance, which bans licensed providers from performing conversion therapy or any other practices intended to change one’s sexual or gender identity on minors. With the support of nearly the entire council already, the ordinance is almost certain to pass.

“All Kansas Citians should be able to openly love who they love—without fear of repudiation,” Lucas tweeted when he first announced the ordinance on National Coming Out Day. “We’re working to advance policies in City Hall that protect our LGBT brothers and sisters from discrimination & outlaw conversion therapy. You are welcome here.”

Conversion therapy has already been banned in 18 states and in over 50 U.S. cities. But in Missouri, the general assembly has repeatedly failed to outlaw the practice. On October 7, Columbia became the first city in the state to prohibit the practice.

Strassle hopes that putting a stop to conversion therapy in Kansas City will send a message the rest of the state will follow.

“We have a responsibility to intervene at any level that may put young people at risk,” Strassle, a community activist who recently ran for City Council, says. “This ordinance is sending a signal and saying that the entity that is the government of Kansas City, Missouri, is affirming and accepting and welcoming of all people.”

Rev. Amy Shoemaker plans on giving testimony in support of the ordinance when it is heard before the council’s Finance, Governance, and Public Safety Committee on Wednesday, November 6. Shoemaker, who’s the senior minister at Broadway Church—a church inclusive of all sexual and gender identities, backgrounds, and races—says she has seen firsthand how devastating the practice is. Some members of Shoemaker’s congregation have gone through conversion therapy, and she says they still struggle to accept that their sexuality and their faith can coexist. She says that, in the 1970s, a previous minister of Broadway Church lead a support group dedicated to “conquering” feelings of same-sex attraction, and that not one of those who participated in the group are straight today.

“We know better,” says Shoemaker, who is a queer, cisgender woman. “If we pay attention to the harm that is done, to the patterns over time, the pattern is that gay conversion therapy does not work, and it’s a health hazard.”

Mallory says a conversion therapy ban would have been a lifesaver back when they were a teenager.