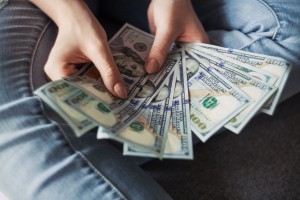 A northwest Missouri county is free of video games that offer cash prizes to players following the successful prosecution of a convenience store owner.

Mohammad Saqib, owner of The Junction in Andrew County, pleaded guilty Tuesday to possession of a gambling device, a Class A misdemeanor. Saqib received a suspended imposition of sentence and was placed on probation for two years by Associate Circuit Judge Michael Ordnung on charges he allowed vendors to place 11 games alleged to be slot machines in his store.

Andrew County Prosecuting Attorney Steven Stevenson said he was satisfied with the plea deal, which included reducing the charge from felony promotion of gambling. In addition to the plea, Saqib and others initially charged with felonies agreed to forfeit $14,444 found when the machines were opened.

If Saqib follows the rules of his probation, the charge will not appear on his public record as a conviction.

“For us, in a small county like this, what I wanted to do was send a message out,” Stevenson said.

Saqib’s attorney, James Nadloski of St. Joseph, could not be reached for comment on the plea.

The guilty plea is the second successful prosecution involving the machines, which vendors contend are legal under Missouri law because they have a “pre-reveal” feature that allows players to know the outcome of their next bet.

In the first, in Platte County, Kansas-based Integrity Vending was found guilty of promoting gambling and fined $7,500.

The machines have proliferated in Missouri over the past few years but many prosecutors have been reluctant to file charges. Of the 190 probable cause statements–requests for charges based on a particular set of facts–sent to prosecutors by Missouri State Highway Patrol investigators in 2019 and 2020, only 26 cases alleging illegal gambling, including eight felony charges, have been filed in that period.

The machines have become the target of legislation for the past two years to remove any doubt, penalize liquor retailers who host the machines, and require any machine offering cash prizes to be certified by either the Missouri Gaming Commission or the Missouri Lottery Commission. Opponents charge the estimated 14,000 game machines are costing the state millions in revenue that would be used for schools and veterans.

Torch Electronics of Wildwood, a company that has made major campaign donations in Missouri and hired well-connected lobbyists to promote its business, is trying to block those investigations with a lawsuit filed February 10 in Cole County. Along with Midwest Petroleum, owner of 44 convenience stores, Torch sued the patrol, the Department of Public Safety, and the Division of Alcohol and Tobacco Control, alleging a campaign of “harassment and intimidation.”

Torch, and two other vendors, are charged in Linn County with felony promotion of gambling charges. James McNutt, the president of Midwest Petroleum, is charged with misdemeanor possession of a gambling device in Franklin County.

In the Andrew County case, patrol Sgt. Trayton Pitts visited The Junction on Oct. 27, 2020, and played one of the 11 machines. After determining that it operated like other machines that have been subject to prosecution, Pitts contacted the Country Club Village police, who told the store that the machines had to be removed by Nov. 6.

When Pitts returned, the machines were still there. When they were opened after being seized, the internal memory showed they had a total cash intake of $538,974 and payouts of $361,866. The profit of $177,107 was split between the vendor and the store.

Stevenson initially filed felony charges against Saqib, his wife Azra Noreen, store manager Tanya McDaniel and vendor Rodney DeVries of Red Oak, Iowa. DeVries died before his case came to trial and Stevenson said he dropped the charges against McDaniel because she was only an employee of The Junction.

“This guy for sure will never, ever think of doing it again,” Stevenson said.

Following the conviction in Platte County, Integrity Vending removed all its games from the state. Platte County Prosecuting Attorney Eric Zahnd said recently that no other vendor has attempted to bring games into his county.

As far as he knows, Steveson said, Andrew County is also free of the games.

“If the state highway patrol finds them, they will pursue them,” Stevenson said. “If they do, we will prosecute them. We just don’t want it up here.”

The piece is reprinted with permission via Missouri Independent, which focuses on Missouri political and policy work.