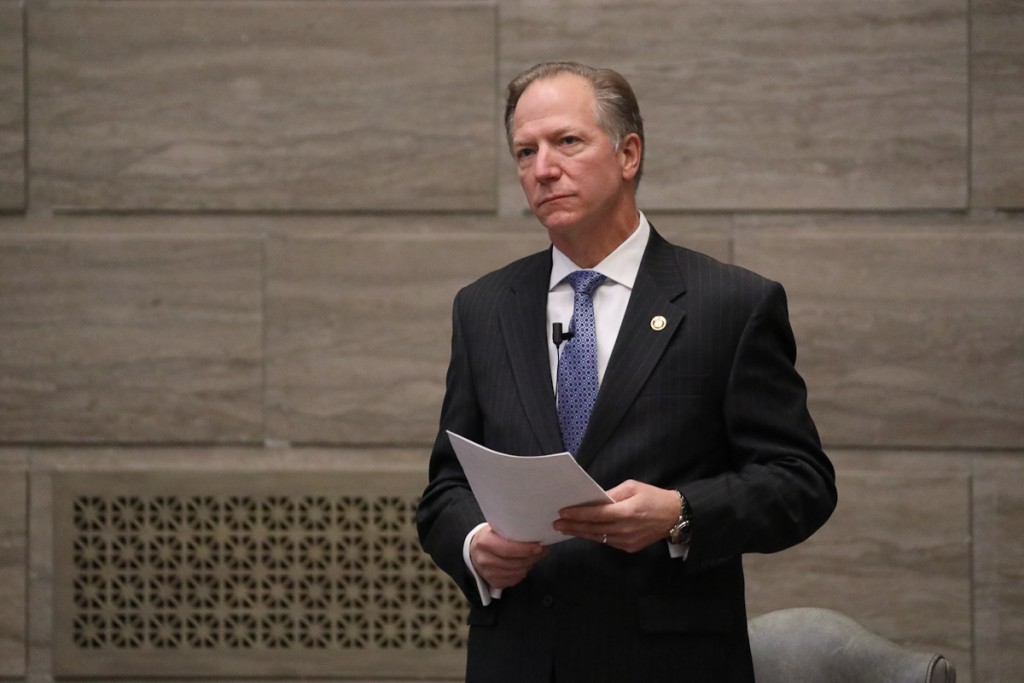 If state lawmakers approve the limits on Planned Parenthood’s participation in state medical funding suggested by Gov. Mike Parson, it would not cost the organization any money.

Lawmakers are back in session this week because they failed earlier this year to extend provider taxes vital to funding Medicaid after a push from conservatives in the Missouri Senate determined to block Planned Parenthood from receiving any taxpayer money through the Medicaid program.

As a concession to those senators, Parson’s call for a special session to renew the taxes included a provision that would bar Planned Parenthood from being a provider for the uninsured women’s health program. That $11.5 million program provides family planning services to low-income women who do not otherwise qualify for Medicaid.

The special session began shortly after noon Wednesday. The goal for lawmakers is to have a bill passed and ready for Parson to sign by next Wednesday, the last day of the state fiscal year.

Action will focus at first on the state Senate, where a bill extending the provider taxes died in the early morning hours of the final day of this year’s regular session. Senate leaders plan to debate and vote on the bill Friday and Saturday, with House action to follow early next week.

During the regular session, extending the taxes foundered over abortion politics when, for the first time in 30 years, lawmakers sought to use it as a vehicle to enact limits on some contraceptive medications and devices and to bar Planned Parenthood from providing services to any Medicaid client.

The provider taxes, known as the federal reimbursement allowance, have been used since 1992 to finance a substantial portion of Missouri’s Medicaid program. The taxes on hospitals, nursing homes and other providers, according to figures quoted Monday by Parson, are slated to provide $591 million in direct support and draw $1.5 billion in federal matching funds to the state in the coming fiscal year.

Without an extension, the taxes will expire on Sept. 30.

The impasse became increasingly frustrating for Parson as the start of the fiscal year approached. On several occasions in recent weeks, a deal amongst Republicans seemed close at hand.

On Monday, Parson issued an ultimatum to the General Assembly, demanding an agreement that would allow for quick passage by July 1. Without it, he said, he would cut $722 million from the state budget for the coming year.

“For those who want to move the goalposts yet again,” Parson said Monday, “know that you and you alone will own this.”

The opening of the session, however, did not quell the Republican infighting.

“The governor is doing exactly what a pro-abortion Democrat, like Sen. Rizzo, would want to do, which is keep the money flowing to Planned Parenthood,” Onder, R-Lake St. Louis, said.

Instead of limiting the provisions targeting Planned Parenthood to the uninsured women’s health program, the ban should be as broad as possible, Onder said in an interview with The Independent.

“We should defund Planned Parenthood in the entire Medicaid program,” Onder said, “not just the uninsured women’s health program.”

The proposed bills would bar contraceptives like intrauterine devices, more commonly known as IUDs, and several contraceptive medications from being reimbursed under the state’s Medicaid program “when used to induce an abortion.”

One of the medications is levonorgestrel, which is also used in many long-term forms of birth control.

Linking the medications and IUDs to abortion is medically inaccurate and misleading, said Colleen McNicholas, the chief medical officer for Planned Parenthood of the St. Louis Region and Southwest Missouri.

The full list of banned medications include mifepristone and misoprostol, levonorgestrel, ulipristal acetate — sold under the brand name Ella — “and other progesterone antagonists.”

Mifepristone and misoprostol, alone and together, are commonly used to induce abortions early in pregnancy.

IUDs and emergency contraceptives work to prevent pregnancy — not end it, the medical experts said during interviews with The Independent and in an online news conference Wednesday.

Even Onder, a physician, noted that IUDs prevent pregnancy, not end it. During his appearance on KCUR, he said that in Parson’s call, “after the word IUD, it said ‘when used for abortion.’”

“In all honestly, IUDs aren’t used for abortion …That language, that’s still being discussed and written as we speak, is not going to ban IUDs for birth control or really for anything else, ” Onder told KCUR, later adding: “As the language stands right now there’s probably no reason to include them at all.”

Emergency contraceptives, like Plan B or Ella, are typically recommended to be taken as soon as possible, and at the maximum within five days of intercourse. They work to delay ovulation, the release of an egg from an ovary. If a person’s body has already started that process, then the contraceptives wouldn’t be successful in preventing pregnancy, McNicholas said.

In addition to preventing ovulation, other forms of birth control like IUDs or hormonal birth control pills, can also work to change the environment of the uterus, making it more difficult for sperm to reach and fertilize an egg.

Missouri statute defines life as starting at the moment of conception, which the law outlines as “the fertilization of the ovum of a female by a sperm of a male.” But pregnancy occurs when a fertilized egg is implanted in the lining of the uterus, McNicholas said.

Elizabeth Allemann, the medical director for Missouri Family Health Council Inc. and a family physician in private practice in Columbia, said she is especially concerned by lawmakers’ targeting access to emergency contraception, which is more effective the sooner it is taken and required in some states to be offered to victims of sexual assault.

“So putting barriers to getting emergency contraception is basically taking it off the table,” Allemann said.

Ultimately, restricting access to birth control would likely lead to more unintended pregnancies in addition to a greater cost to the state, families, and babies being born, Allemann said.

“And what we know is that unintended pregnancies are much more dangerous,” Allemann said. “There’s a much higher risk of complications, of preterm birth, of stillbirth, and of maternal complications, including maternal death.”

The special session opened in the Missouri Senate Wednesday with the introduction of three bills — one that extends the taxes for five years, one that incorporates the contraceptive language and Planned Parenthood ban as stated in Parson’s call, and one that combines it all in a single bill.

That alone was enough to generate suspicion among the Republican lawmakers who have been the strongest advocates for adding the restrictions.

“The last time we discussed this, I was under the impression we were going to do one bill,” said Sen. Paul Wieland, R-Imperial, and sponsor of the original language on contraceptives.

The bills will be heard in the Senate Appropriations Committee, which passed extension bills in the regular session without any language targeting contraceptives or Planned Parenthood. If a bill arrives on the Senate floor that matches the provisions of Parson’s call, Onder said he can see a scenario where amendments that go further are ruled out of order.

“It would be a grotesque abuse of the Senate rules to rule such a thing out of order,” Onder said.

The decision would be challenged and, he warned other Senators, Missouri Right to Life will rate the vote.

Rizzo offered a bill that would extend the taxes for five years. He said all other issues should be set aside.

“This has yielded us the best return for our investment when it comes to health care dollars in the state of Missouri,” Rizzo said.

The timing of the push to block contraception and target Planned Parenthood is suspect, Sen. Brian Williams, D-Ferguson, said.

The retirement of U.S. Sen. Roy Blunt has created opportunities in Republican areas. Several state Senators are planning to run in the 4th Congressional District, which U.S. Rep. Vicky Hartzler is giving up to run for Blunt’s seat.

Republicans pushed back on that contention, arguing that President Joe Biden’s administration wants to repeal the Hyde Amendment that bars Medicaid from paying for abortions and that the Missouri Supreme Court has stricken language in spending bills targeting Planned Parenthood.